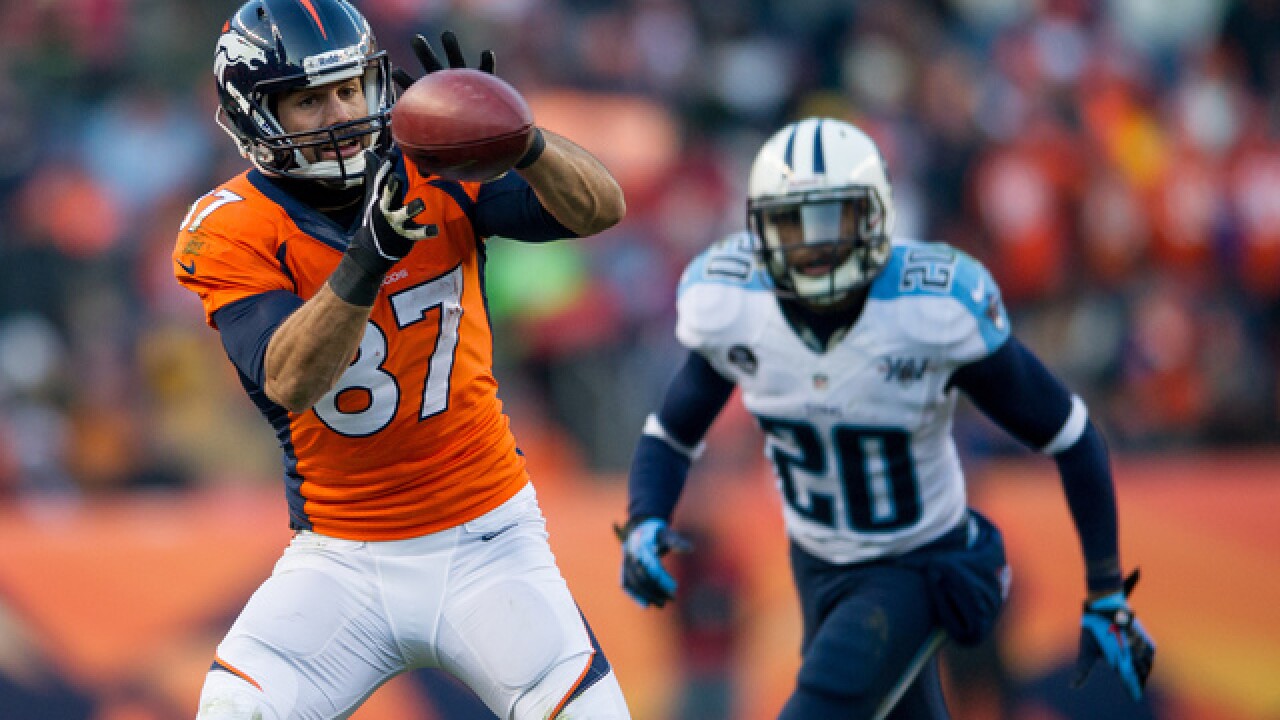 FOXBOROUGH, Mass. (AP) — Receiver Eric Decker says he is retiring from the NFL after an eight-year career with the Broncos, Jets and Titans.

Decker had been in training camp with the Patriots this summer, but it wasn’t clear he would make the roster. He said on Instagram on Sunday, “This has been a passion inside of me since I was a little boy but now it is time for me to hang up my helmet and start a new chapter in my life.”

Decker caught 439 passes for 5,816 yards and 53 touchdowns in his career. He had three 1,000-yard receiving seasons, including a career-best 1,288 yards on 87 receptions in 2013 with Denver, when he reached the Super Bowl for the only time in his career.