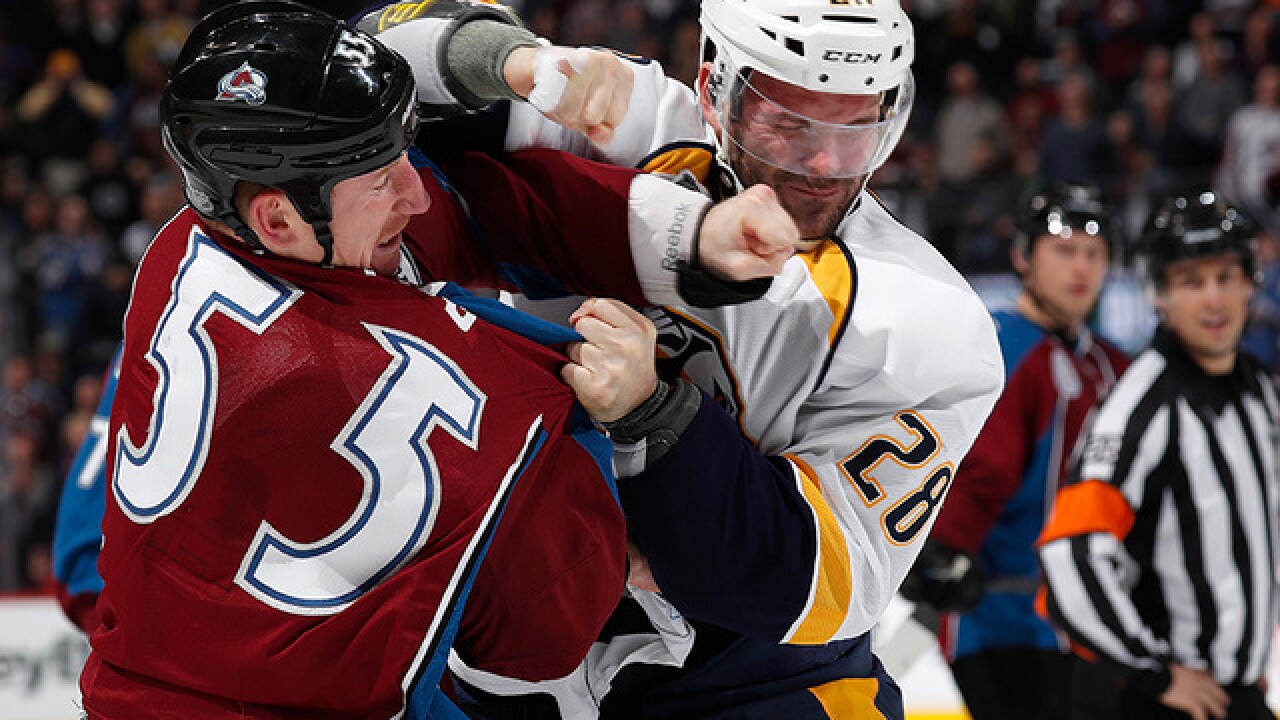 Doug Pensinger
<p>DENVER, CO - MARCH 05: Cody McLeod #55 of the Colorado Avalanche and Paul Gaustad #28 of the Nashville Predators throw punches as they engage in a fight in the second period at Pepsi Center on March 5, 2016 in Denver, Colorado. (Photo by Doug Pensinger/Getty Images)</p>

Mike Fisher broke a tie with 9:44 remaining in a four-goal third period, Pekka Rinne stopped 34 shots and the Nashville Predators ran their streak to 12 straight games with at least a point by beating the Colorado Avalanche 5-2 on Saturday.

The Predators haven't lost in regulation since Feb. 9 as they improve to 8-0-4 during the streak.

James Neal tied the game 62 seconds into the final period, Fisher took advantage of Colorado's inability to clear the puck by knocking a shot past Calvin Pickard.

Blake Comeau and Gabriel Landeskog scored for the Avalanche, who fell to 2-1 this season against a Nashville team just ahead of them in the wild-card standings.