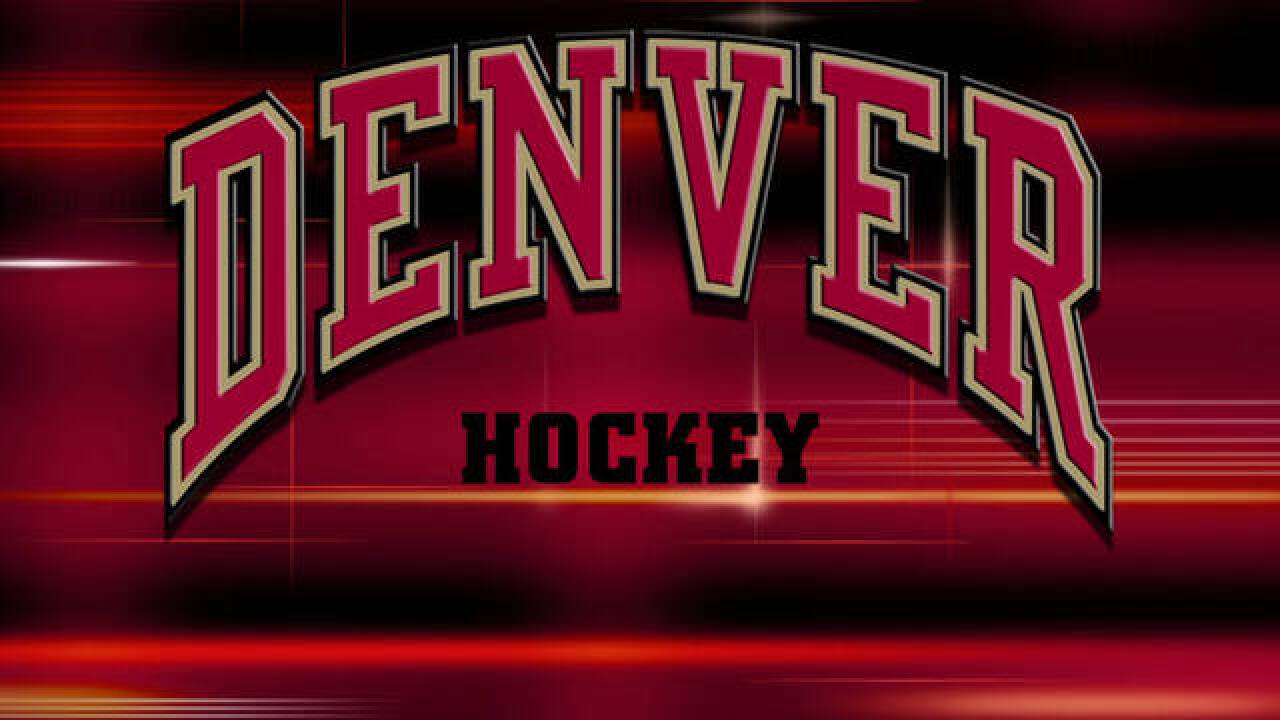 Allentown, Pa.  – The Denver Pioneers lost 5-1 to Ohio State in the NCAA Division I Men’s Ice Hockey Midwest Regional Final on Sunday at the PPL Center in Allentown, Pa.

"I thought we came out and were ready," Head Coach Jim Montgomery said. "Our effort was really good tonight. We just have to tip our hat to Ohio State. They were better than us in every facet. They deserve to move on."

Kevin Miller scored twice for the Buckeyes and Sean Romeo made 30 saves to end the Pioneers' season.

The teams skated to a scoreless first period with Denver’s best opportunity coming on the power play at 13:55 of the frame. Operating on the man advantage, Jarid Lukosevicius attempted to bank a rebound off Sean Romeo into the net, but the puck bounced on the goal line before Romeo reached behind his back to save the goal. Ohio State outshot Denver, 8-6, through 20 minutes.

Dakota Joshua gave the Buckeyes a 1-0 lead at 3:47 of the second period, collecting a loose puck from Brandon Kearney’s shot and shooting a backhander with his back to the goal. Tanner Jaillet appeared unable to see the shot through a net-front screen. The Pioneers nearly equalized with 5:20 remaining in the period as Troy Terry carried the puck around Romeo before putting a pass through the crease, but nobody was there for the tap-in. Ohio State exposed the missed opportunity less than one (1) minute later as Christian Lampasso dug the puck from the end boards and set up Kevin Miller for backhander over Jaillet’s glove. The Buckeyes carried the 2-0 lead into the second intermission.

The Buckeyes had a pair chances was 6:23 of the third period, but Jaillet made the initial save on a slap shot from the point then shut down Joshua on a one-on-one from the bottom of the left circle. Ohio State made it 3-0 at 9:27 of the third period as Tanner Laczynski drove the net and slipped a pass across the crease for Matt Joyaux.

Ian Mitchell found Tyson McLellan with a pass through the crease for the Pioneers’ lone goal of the game at 11:21 of the third period, but Ohio State responded 30 seconds later with a similar play for Miller’s second goal of the game. With Jaillet pulled at the 14:16 of the frame, Mason Jobst iced the game with an empty-netter.

Troy Terry and Ian Mitchell were named to the All-Tournament team.