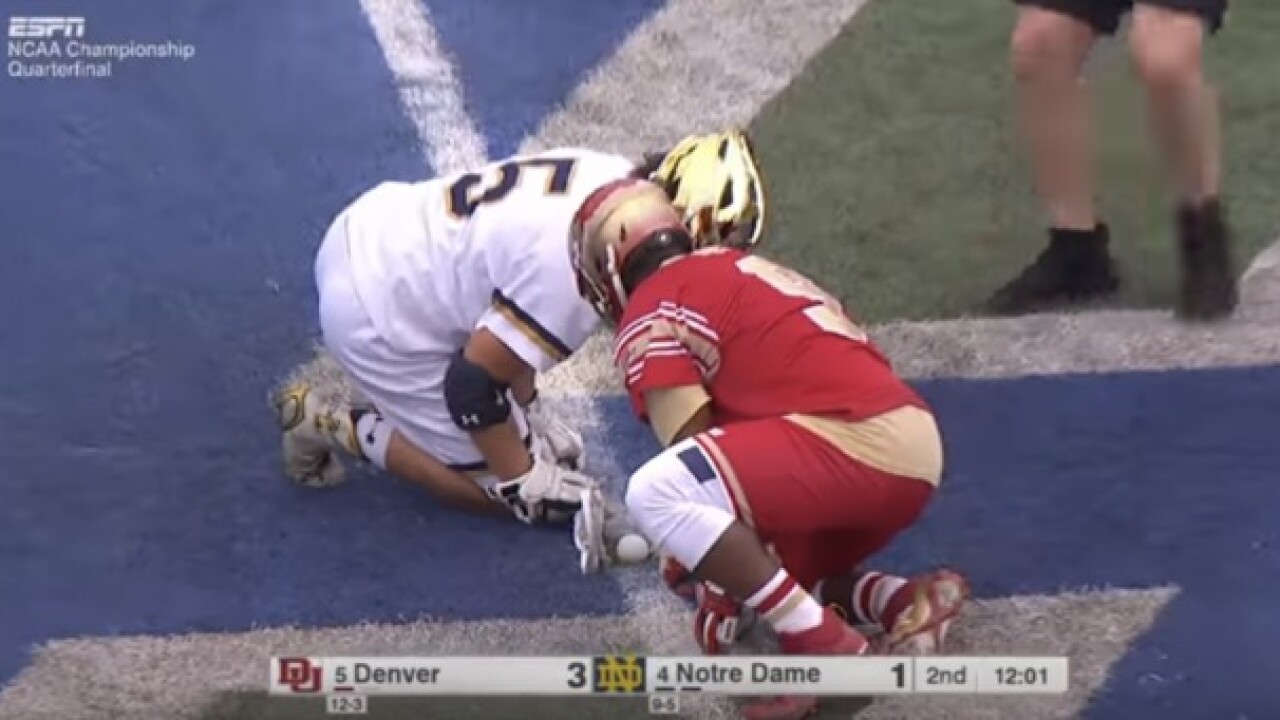 SPARKS, Md. – University of Denver men’s lacrosse senior faceoff specialist Trevor Baptiste was selected with the No. 1 overall pick by the Boston Cannons on Wednesday night at the 2018 MLL Collegiate Draft at the U.S. Lacrosse Headquarters. Baptiste is the fifth first round selection in the draft in the program’s history, and became the first top-three selection for the Pioneers. The Denver senior became the first faceoff specialist to be taken No. 1 overall in the history of the draft.

“Having Trevor be the first overall pick in the MLL Draft is monumental in my mind because I believe that this young man has had the greatest impact on the game of lacrosse that I’ve ever seen and that I’ve ever had the blessing of being able to coach,” head coach Bill Tierney said. “Trevor is not only an outstanding lacrosse player, but is one of the most amazing young men I’ve ever met. He’s been a Tewaaraton finalist and will be a front-runner for the award this year. Knowing how much of an effect he’s had on the University of Denver lacrosse program, and our success, I feel that he will have as great an impact on the MLL, and the Boston Cannons. We’re thankful to have had Trevor in our program and hope to have six more weeks with him.”

Baptiste enters the second-to-last weekend of the regular season second in NCAA Division I Men’s Lacrosse history in faceoff wins (1,076) and ground balls (594), sitting just 41 faceoff wins off the record. The Denver senior is 1,076-1,501 (.717) from the dot in his career, becoming the third player in NCAA history to reach 1000 faceoff wins. Baptiste has had double-digit faceoff wins in 62-of-63 games, 15+ wins in 44 career games and 20+ wins in 21 career games.

A year ago, Baptiste became the first faceoff specialist to be named a finalist for the Tewaaraton Award, while also giving Denver a Tewaaraton Award finalist for the third-consecutive year (Cannizzaro – 2016, Berg - 2015). Baptiste has continued to show his ability to be a goal scorer of late, scoring six goals in Denver’s last five games to bring his career total to 28 to go along with 12 assists. In 2015, Baptiste set the NCAA record for single-season faceoff wins by a freshman (310) to lead the Pioneers to the program’s first National Championship.