DJ LeMahieu hit a 2-run homer in the 9th inning, rallying the Rockies past the Giants 9-8 . 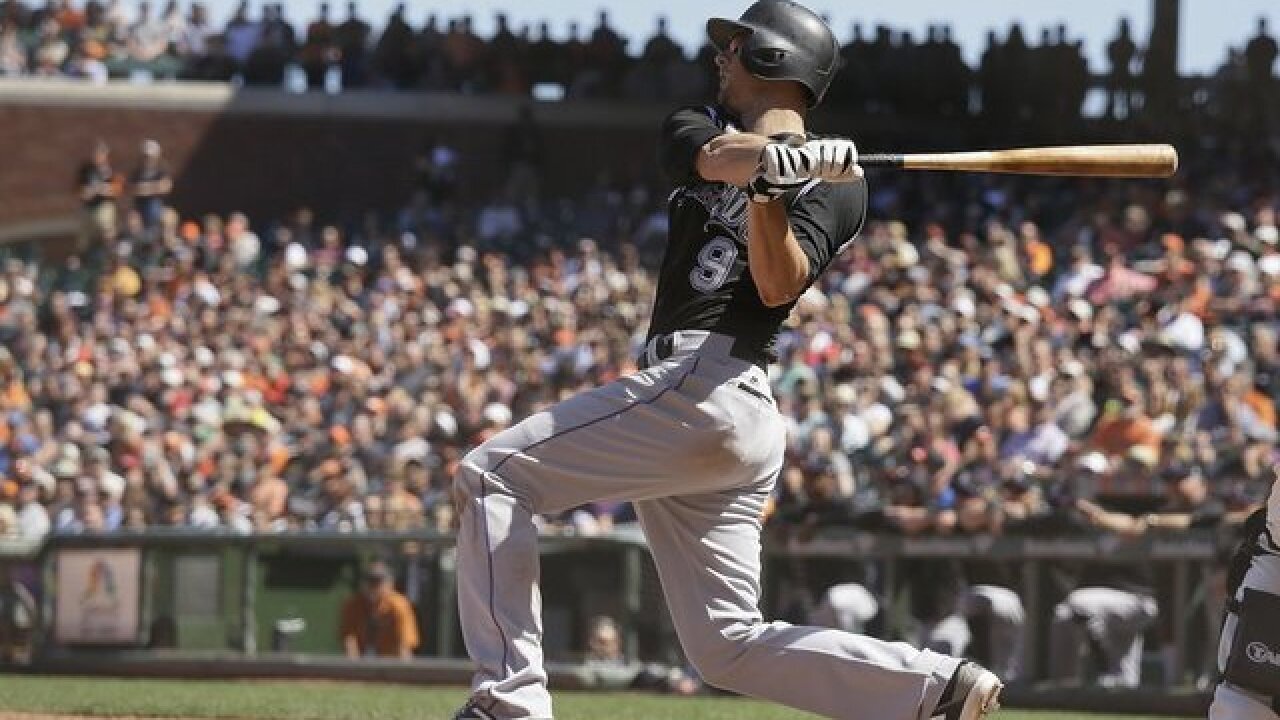 SAN FRANCISCO (AP) — DJ LeMahieu hit a two-run homer in the ninth inning and set a career best with five RBIs, rallying the Colorado Rockies past the San Francisco Giants 9-8 on Thursday.

Chris Iannetta hit a leadoff single in the ninth and was replaced by pinch-runner Pat Valaika. After pinch-hitter Tom Murphy popped out, LeMahieu sent a full-count pitch from Dyson into the left-field stands.

LeMahieu had an RBI single as part of Colorado’s four-run fourth. His two-run single off Ty Blach in the seventh gave the Rockies a 7-5 lead.

Adam Ottavino (4-1) gave up two runs but retired three batters to win. Wade Davis pitched the ninth for his 22nd save.

All three games in the series were decided by one run.

The Giants trailed most of the afternoon but took an 8-7 lead in the eighth when Alen Hanson doubled in two runs.

Arenado homered off starter Chris Stratton in the first, his 10th this season in the opening frame.

Neither starter factored in the decision and had nearly identical lines.

Giants: C Buster Posey was held out of the starting lineup due to the pitching matchup but had a pinch-hit single in the eighth.

Rockies: LHP Tyler Anderson (4-3, 4.62 ERA) faces the Dodgers in the opener of a three-game series in Los Angeles on Monday. Anderson is unbeaten in nine road starts this season.