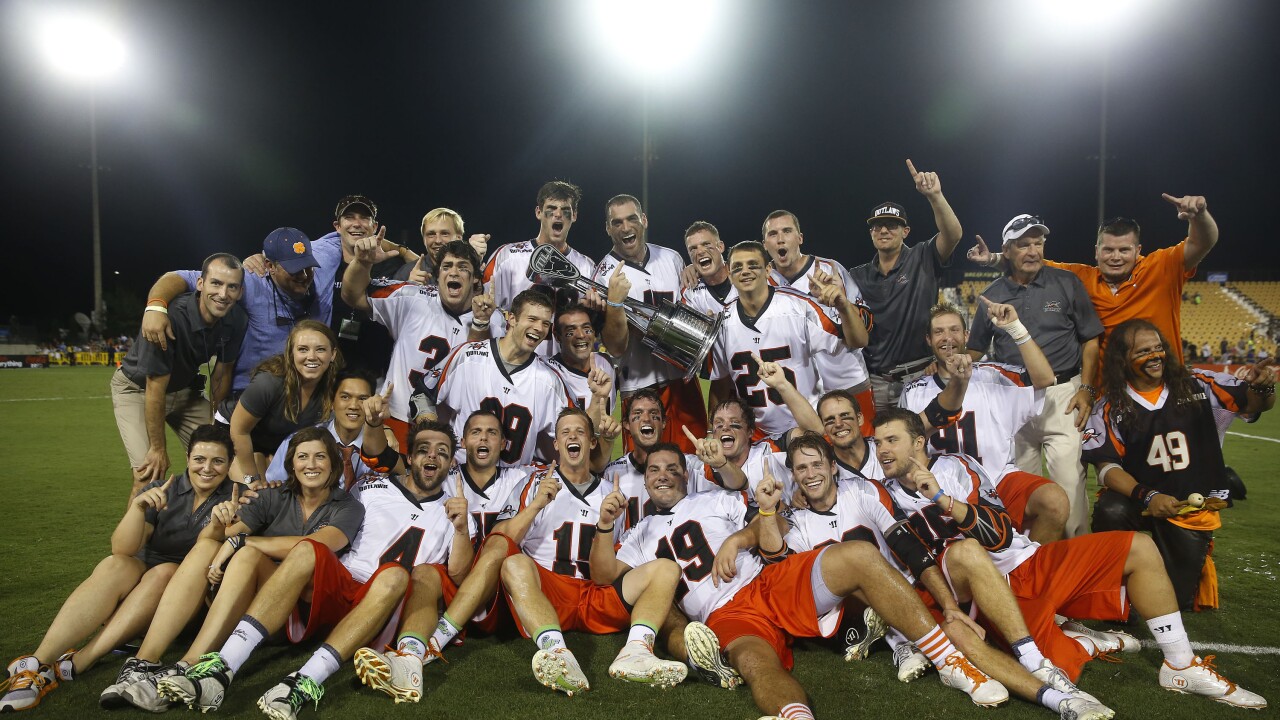 DENVER — Denver has been chosen as the host city for this year’s Major League Lacrosse (MLL) Championships Weekend in October.

MLL made the announcement Tuesday morning. The championship is slated for Oct. 4-6.

This marks the first time MLL has held its championship in Colorado. As of Tuesday afternoon, the Denver Outlaws were tied with the Boston Cannons at No. 1 in the standings.

"We are thrilled to finally bring the 2019 MLL Championship to Denver," said Alexander Brown, commissioner of MLL. "Colorado has been a rapidly growing lacrosse market for many years and home to one of the league’s signature franchises. We are thrilled to be partnering with DICK’S Sporting Goods Park and the University of Denver to bring the most competitive weekend of professional lacrosse to Colorado."

The semifinals are scheduled for Friday, Oct. 4 at Peter Barton Lacrosse Stadium on the University of Denver campus. The game starts at 5 p.m. The second game will follow, likely around 8 p.m.

The championship game is set for Sunday, Oct. 6 at DICK’s Sporting Goods Park in Commerce City. Faceoff is at 11 a.m.

This is the first time the semifinals and championship will be held on the same weekend since 2013.

The MLL, which is in its 19th year, currently features six teams: the Atlanta Blaze, the Boston Cannons, the Chesapeake Bayhawks, the Dallas Rattlers, the Denver Outlaws and the New York Lizards.

For more information on the MLL and tickets, visit its website here.