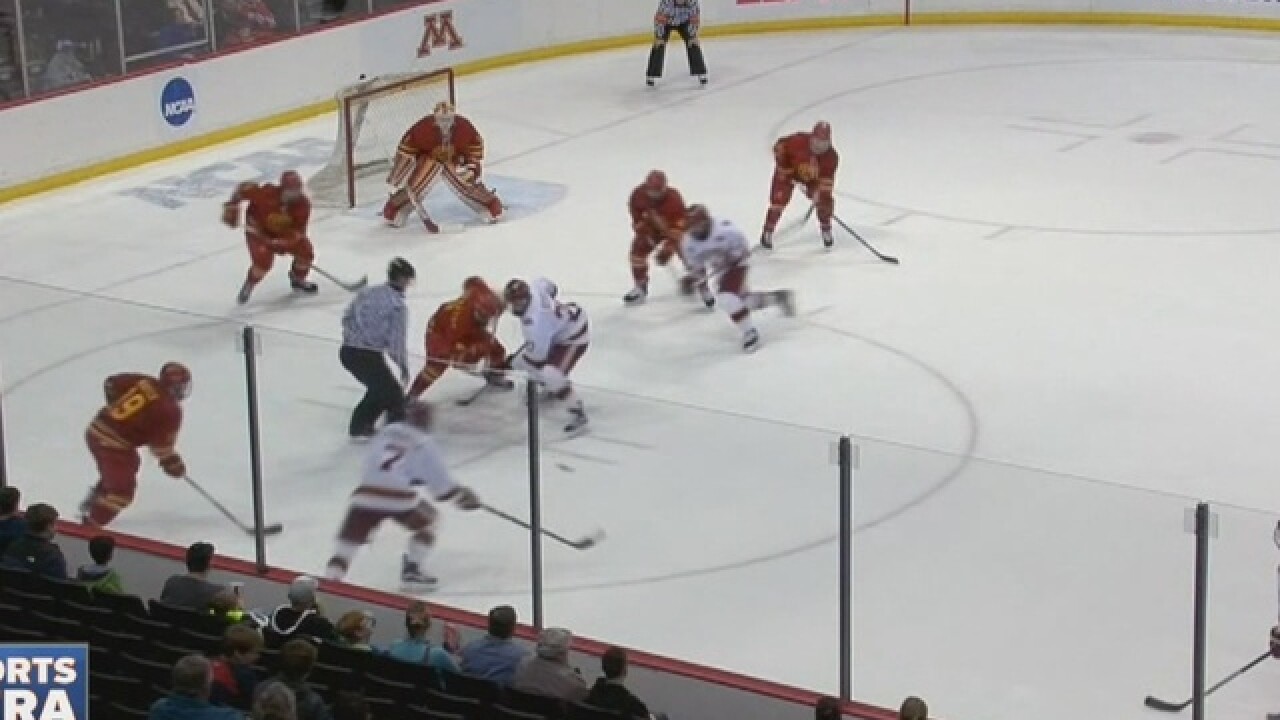 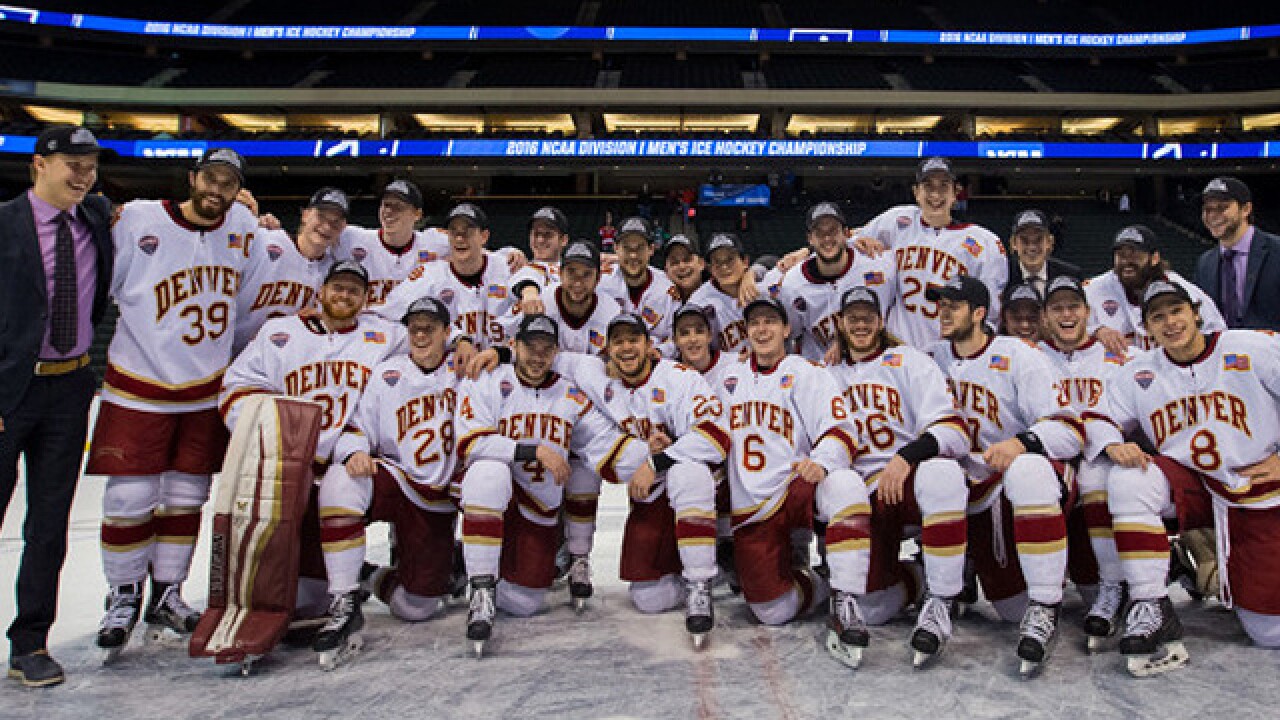 For the first time since 2005, the University of Denver is heading back to the ‘Frozen Four’. The Pioneers defeated Ferris State by a score of 6-3 on Sunday at the Xcel Energy Center to win the West Regional portion of the 2016 NCAA Division I Men's Ice Hockey Tournament and advance to the national semifinals where they’ll face the North Dakota Fighting Hawks at Amalie Arena in Tampa, Fla. on Thursday, April 7. This is the 14th time overall that DU has advanced to the Frozen Four, the sixth most in NCAA history.

Freshman defenseman Blake Hillman (Elk River, Minn.) was named Most Outstanding Player for the West Regional after netting the game-winning goal on Sunday and finishing the weekend with four points (2G-2A). Sophomore goaltender Tanner Jaillet (Red Deer, Alberta), meanwhile, made 18 saves against FSU in improving to 3-1 in his career at the NCAA Tournament.

“It’s a special feeling to be heading to the Frozen Four, especially as a senior,” Denver captain Grant Arnold (Centennial, Colo.) said after Sunday’s win. “We’ve had some tough losses in this tournament during my career but that just makes this victory all the more sweet. It’s awesome to be able to take this step for DU and for everyone that’s ever worn a Pioneers jersey. We can’t wait to get to Tampa and continue our quest for an eighth national title for this great program.”

Boston Bruins prospect Danton Heinen (Langley, B.C.) gave the Pios an early 1-0 lead on Sunday, banging home a rebound produced by a Dylan Gambrell (Bonney Lake, Wash.) shot during a Denver power play to register the 20th goal of his sophomore campaign at the 5:34 mark of the opening stanza. After Bulldogs RW Gerald Mayhew converted on a breakaway to tie the game up at one apiece, Gambrell put DU back on top in the 19th minute of play, taking a feed from Heinen deep in Bulldogs territory and ripping a wrist shot past FSU netminder Darren Smith to register his 17th marker of the season. Ferris State then scored a power play goal in the final minute of the first period to re-tie the contest at 2-2.

Trevor Moore (Thousand Oaks, Calif.) restored Denver’s one-goal advantage early in the second period, beating Smith on a bullet of a wrist shot after being sent all alone into FSU territory courtesy of a great pass by Hillman. The Bulldogs pulled even on another PPG at the 7:17 mark of the third period, but Denver’s offense then erupted for three goals in a span of 2:05 as Hillman, Nolan Zajac (Winnipeg, Manitoba) and Quentin Shore (Denver, Colo.) all found the back of the net in quick succession to seal the victory for the Crimson & Gold.

In addition to Hillman, Heinen, Gambrell and junior blueliner Will Butcher (Sun Prairie, Wisc.) were also named to the West Regional’s All-Tournament Team after turning in stellar performances in Saint Paul. Denver finished the weekend with 13 goals scored, its highest total at an NCAA Regional since the format was adopted in 1992.