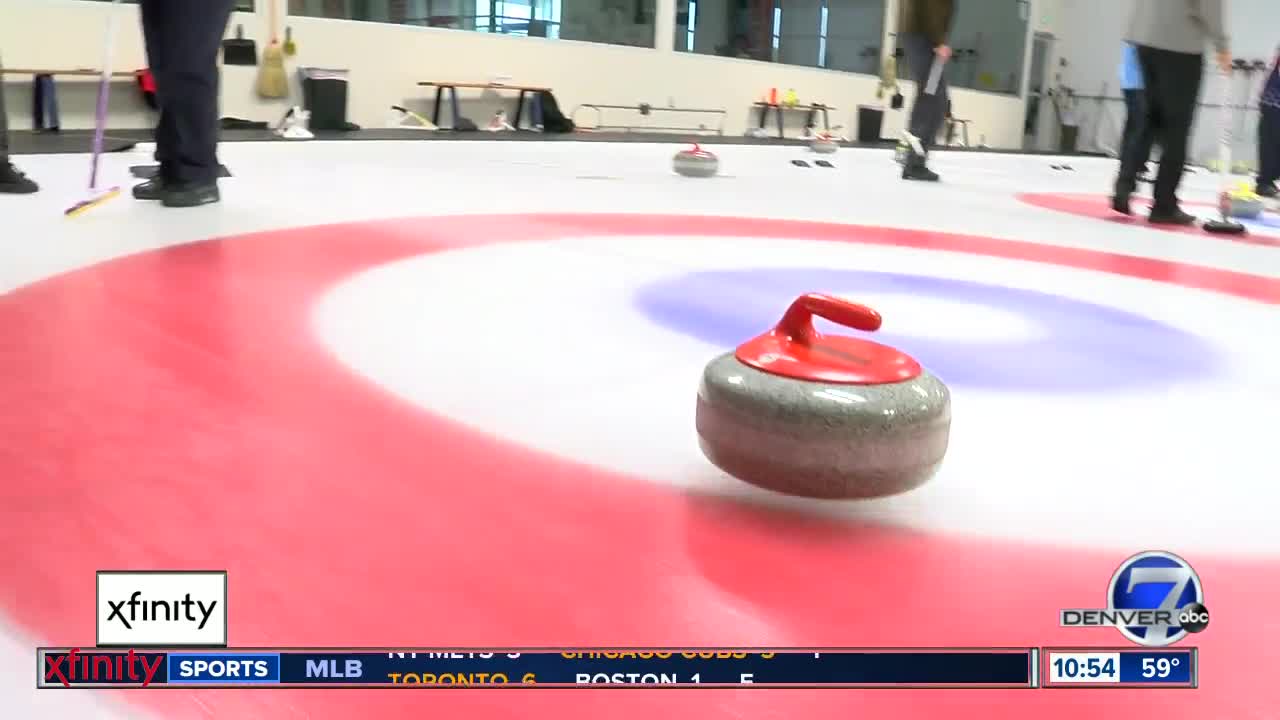 “I picked it up because I had basically retired from hockey and wanted a sport I could play for the rest of my life,” said Lance Wheeler, a 10-year veteran of curling.

“This place has been busy, so I just got in at the first chance that I had,” says Scott Schlaufman, who just started curling this summer.

The curling club just started a summer beginner league, which has been a smash hit. They already have a waiting list for new members.

“It’s been fantastic,” says Schlaufman. “All the people here are just wonderful. They’re great people, they really care about you, they want you to learn the sport. They really love the sport and it’s a great community.”

Several new members joined because of Team USA’s gold-medal effort in the 2018. For some, it runs in the family.

“It’s a pretty fun sport and doing it with my dad is pretty fun,” says 17-year-old Austin Persichetti.

Persichetti’s father is a member at the Denver Curling Club, and now he’s passing along his love of the sport to his son.

As for Wheeler, curling is more about community than winning and losing.

“With curling, the biggest thing is community and the people you’re with,” says Wheeler. “The losers buy the first round of beers.”

Wheeler’s been all over the world curling – Canada, Amsterdam and even Estonia.

Yet he still has a day job.

“I’m a scientist at a national lab [here in Denver].”

Curling may not be your cup of tea, but the newest members of the Denver Curling Club suggest you try it before knocking it.

“It’s a sport that a lot of people knock off and they don’t really try,” says Persichetti. “I feel like it’s pretty fun once you get out there.”

“It’s not the most traditional-looking sport, but it’s so much fun,” says Schlaufman. “It’s such a cool thing to learn even if you just do it a couple times.”