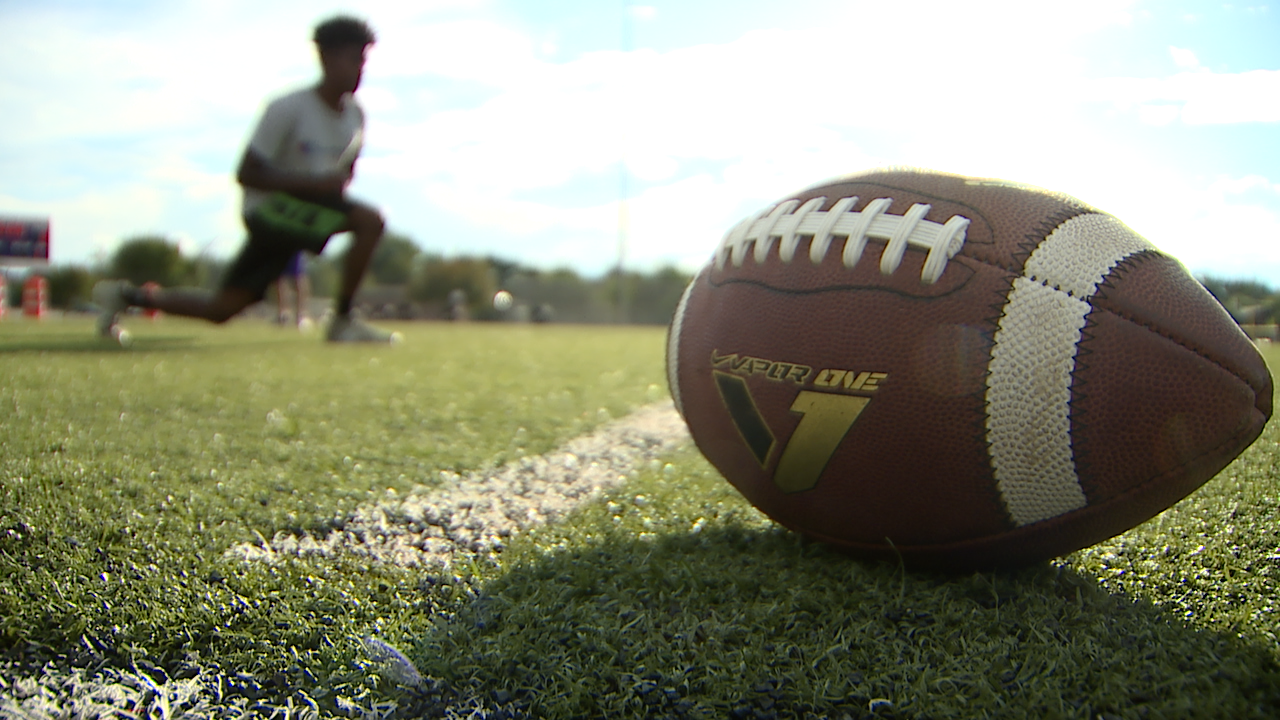 Copyright 2020 Scripps Media, Inc. All rights reserved. This material may not be published, broadcast, rewritten, or redistributed.
Denver7
Certain outdoor sports like football, field hockey, cheer and dance could be played this fall if the Colorado High School Activities Association and local communities agree to move forward with those plans, Gov. Jared Polis announced Wednesday afternoon.

DENVER – Certain outdoor sports like football, field hockey, cheer and dance could be played this fall after all.

Several hours after Gov. Polis announced it would open the door for high school sports to resume this season, the Colorado High School Activities Association's (CHSAA) Board of Directors made it official after it voted 12-3 in favor of the variances from the governor's COVID Response Team.

The decision comes after weeks of back-and-forth about which sports would be played when and a robust discussion surrounding the football season.

According to a letter sent Wednesday to Rhonda Blanford-Green, the commissioner of CHSAA, by Ann Hause, the director of the Office of Legal and Regulatory Compliance for the Colorado Department of Public Health and Environment, CHSAA will be allowed to give school districts that are in the Protect Our Neighbors, Level 1 or Level 2 phases on the state’s dial system – which as of Wednesday was every county in the state – the option to allow those four sports this fall or this spring.

CHSAA had requested that field hockey rosters be limited to 25 players per team. Up to 50 players would be allowed on a football team, and 28 people could be on a cheer or dance roster, which Hause said had been approved.

The state says that the sports would be allowed if they meet both organized sports guidelines and COVID-19 guidelines for sports.

School sports teams would also have to follow the same reporting guidelines and outbreak procedures as schools.

The state’s decision says that the four sports can also still be played in the “C” season, as was originally the case when CHSAA released its season schedule. For any community that enters Level 3, the ability to play the sports in the fall would be reconsidered, according to the letter from Hause.

“We have worked closely with CHSAA to approve their request, issue guidelines and assist in creating a process that supports a return to football, field hockey and cheer,” said Governor Jared Polis. “If the CHSAA board decides to add these sports to their fall calendars, it will be up to local school districts, administrators and parents to choose what is right for their communities. The state has approved these requests in order to empower all schools to make the choice that is right for them and their student athletes.”

The CHSAA board will still have to approve the plan to move forward with the outdoor sports in the fall “A” season and could choose not to, though Blanford-Green made the request to the state on Sept. 12.

CHSAA said in a tweet it was reviewing the guidelines and working with the governor’s office.

“CHSAA received guidelines of the variance from the COVID-19 Response Team. We are working with the Governor's office to address specific language so as to not have to further reduce a modified season schedule,” the association said in the tweet.

Last week, the board expressed concerns about last-minute changes and balancing sports with in-person classes a day after Polis had said he said he would allow fall football to resume if the board approved of the idea.

"We are focused on getting school started and running smoothly, as well as handling all the issues of running a school district and trying to have that be as normal as possible," Richard Hargrover, superintendent of Springfield Schools, said in a news release at the time. "We do not want to travel. The biggest thing for me in the end is that we have continued to move the goalposts, and every time we turned around, we had something else we had to adjust to."

"We understand that our school communities would like to return to all levels of normalcy, said CHSAA Board President Troy Baker.

Baker noted that board members reached out to their respective districts before making their decision.

"The result of that action," he said, "gave clear direction to the board in support of the plan approved in August."