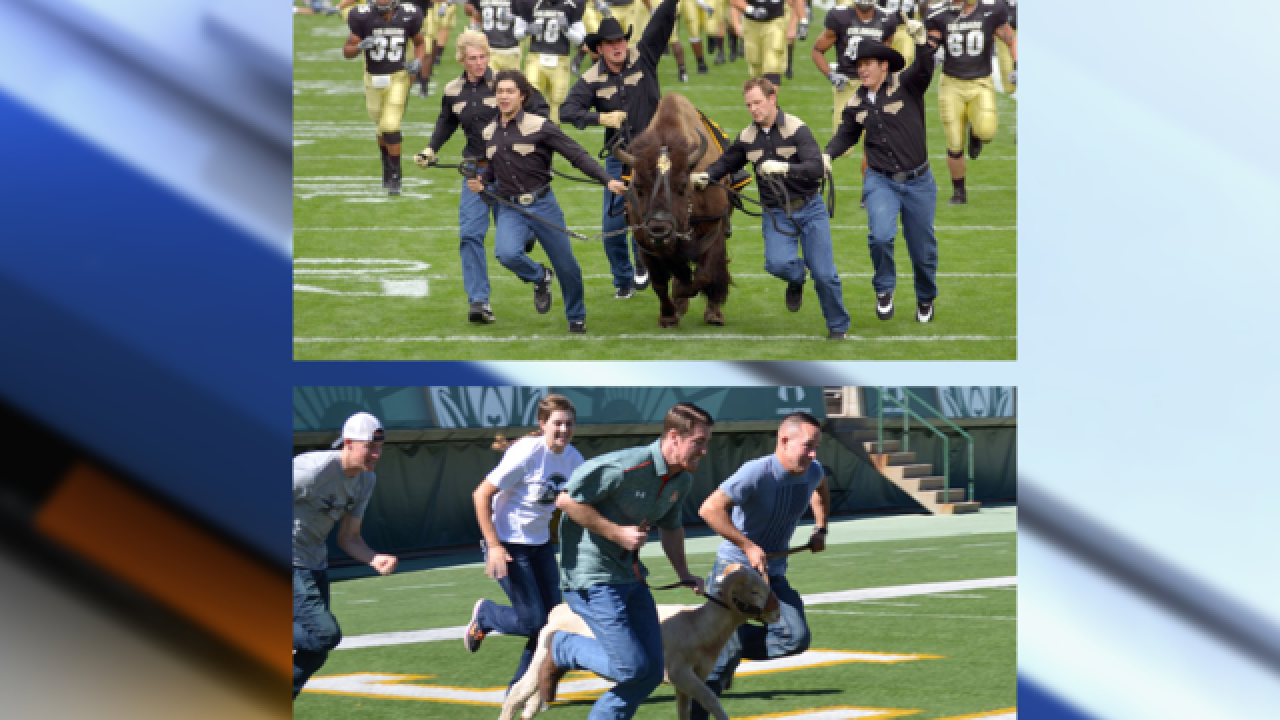 DENVER -- On Friday, the Mile High Stadium won't just be the home of the defending Super Bowl champions -- it will be the stadium housing the most intense rivalry in Colorado.

The University of Colorado Boulder Buffaloes will battle it out against the Colorado State University Rams in the Rocky Mountain Showdown.

Also famed for their battle of locked horns are the two mascots -- Ralphie the Buffalo and CAM the Ram.

The two mascots are beloved by alumni of both universities and reviled by their competition. Denver7 set out to learn what each mascot represents.

CAM has been a living fixture of CSU for more than 60 years.

CAM stands for Colorado A&M, the University's last name. The ram is a live mascot, making him more beloved by students and staff.

Officially, CAM's breed is recognized as a domesticated breed of sheep, known as a Rambouillet.

Alumni fund the mascot's care and students volunteer to care for the ram, making him a much-loved part of the campus community.

--Ralphie the Buffalo--
Ralphie is also a living mascot. The mascot has been around at games since 1934.
A Buffalo has run with the team in both halves of each football game since then, becoming ingrained in the sports culture.
Ralphie, although as a mascot is commonly referred to as a male, is actually is a female bison. Male bison can be twice the size of their female counterparts.
Students help take care of Ralphie, and again, the program is funded in part by alumni. A host of students help to wrangle the bison each game to ensure safety.
Since 1934, there have been five bison who have served as mascots. The most recent Ralphie -- Ralphie V -- was born in 2006.
CU and CSU kick off their horn-to-horn matchup Friday at 6 p.m.
Copyright 2016 Scripps Media, Inc. All rights reserved. This material may not be published, broadcast, rewritten, or redistributed.