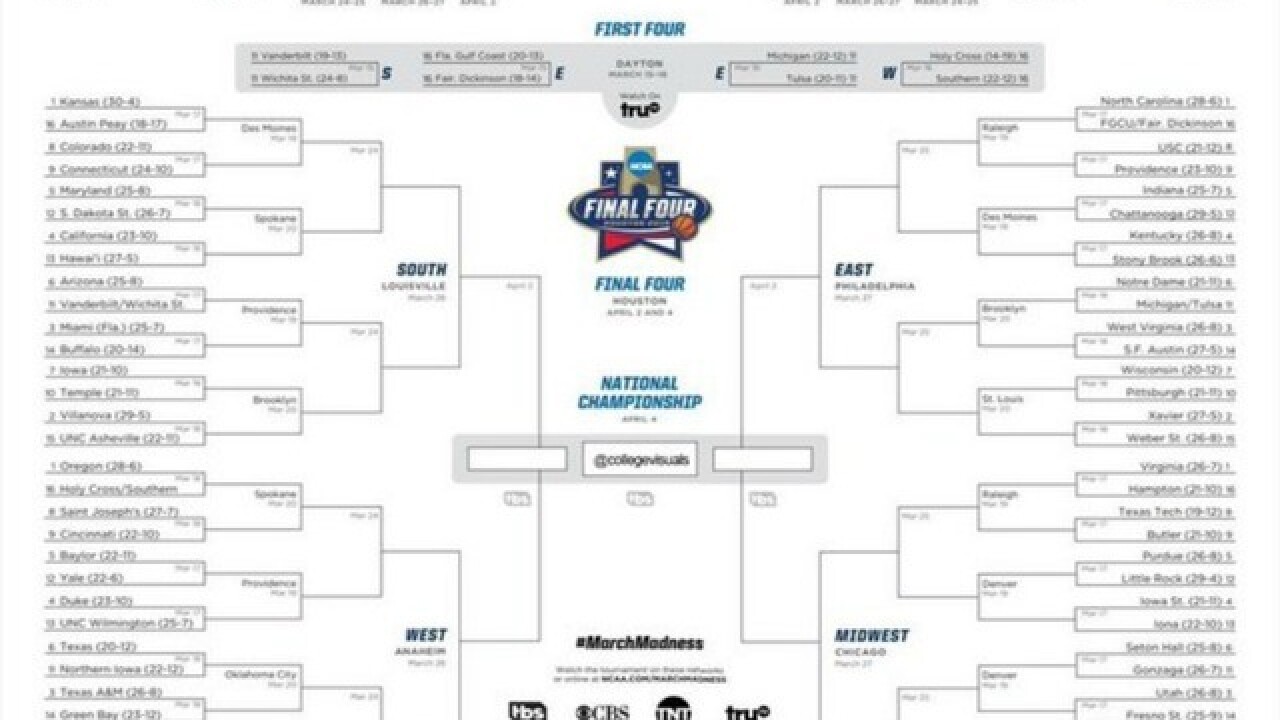 Some people make their NCAA Tournament bracket selections based on a precise scientific combination of team records, head-to-head matchups and in-depth statistical data.

Others make their picks based on the school mascots they like the best.

To be clear: There is no set, reliable strategy for creating a winning bracket. But there do exist some basic guidelines that typically lead to success.

Here are five simple strategies for filling out a bracket that has a chance to wind up at the top of your office pool.

A 16 seed has never beaten a 1 seed
It's always fun to pick upsets, but don't overdo it: In the history of the NCAA Tournament, a 16 seed has never defeated a 1 seed. Several have come close, but overall, top seeds are 124-0 against 16-seeded opponents.

A 15 seed has defeated a 2 seed several times, including twice in 2012. Nonetheless, 2 seeds are 117-7 against 15 seeds overall. If you're intent on picking a 15, though: Consider UNC-Asheville over Villanova in the South region. Nova tends to underachieve in the Big Dance.

The trendiest first-round upset picks tend to be the 12 seed over the 5 seed, and with good reason: 12 seeds beat 5 seeds over one-third of the time (35.5 percent).

At least one 2 seed has advanced to the Final Four in 10 of the last 15 seasons, and multiple 2 seeds have made the Final Four in three of those years. In this year's tournament, Michigan State is probably the best 2 seed of the bunch -- and the Spartans are the opposite of Villanova in that they often overachieve in the tourney.

It might not be exciting to pick a top-seeded team to win the championship, but history says it's the most logical path. A 1 seed has won the national title in 18 of the last 29 seasons, including Duke last year. The only trick, of course, is deciding on which of the four 1 seeds to take. For what it's worth: Kansas will likely be the top pick to win it all.