Dorrell worked at CU in 1990s, been in NFL for years 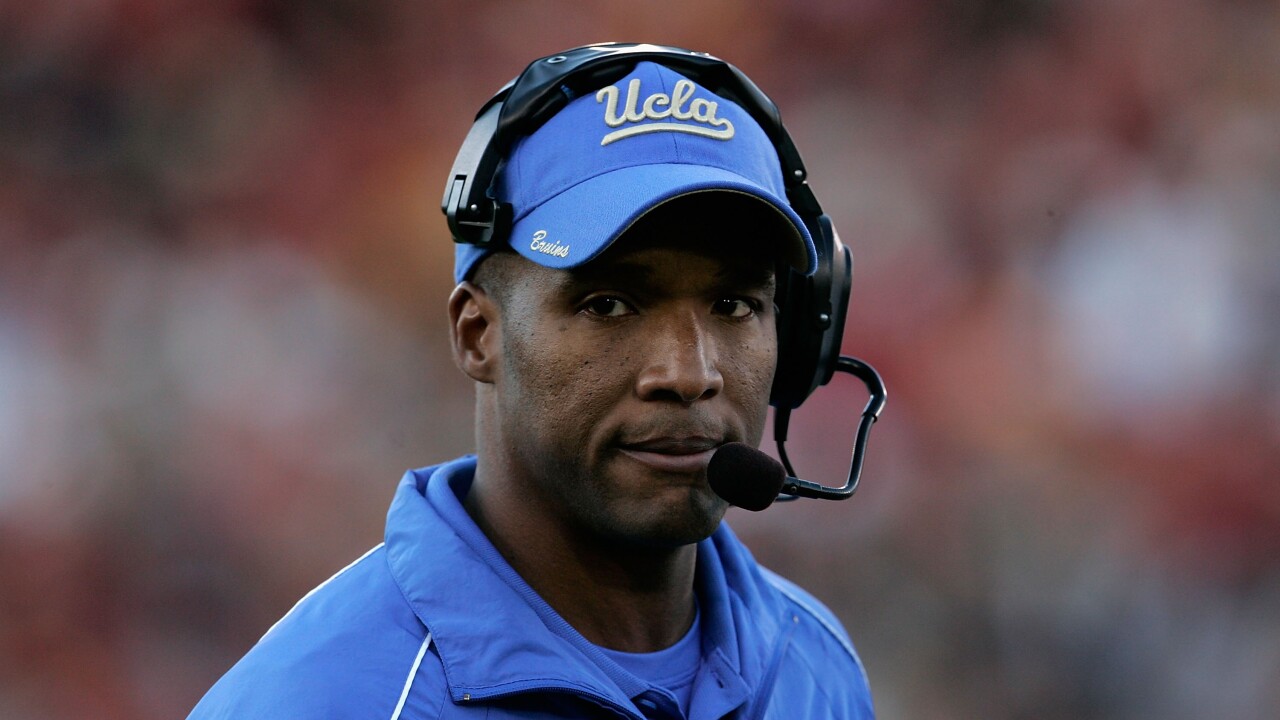 UPDATE | The University of Colorado made the hire of Miami Dolphins assistant coach Karl Dorrell official. He was named the 27th full-time head football coach for the Buffaloes in a news release Sunday.

After Dramamine-required journey over the past 11 days, the University of Colorado has reached its destination on its next coach.

Dorrell, 56, worked in Boulder from 1992-93 and 1995-1998 as a receivers coach and offensive coordinator and posted a 35-27 record and five bowl berths with UCLA from 2003-2007. Yet, he was not on anyone’s radar the last few weeks as the Buffs nearly landed Steve Sarkisian – he chose to stay at Alabama – and flirted with Chiefs offensive coordinator Eric Bieniemy, Air Force’s Troy Calhoun and former Arkansas boss Bret Bielema. Darren Chiaverini has been the interim coach since Tucker bolted. The expectations is that Chiaverini and Darian Hagan, and perhaps others, will remain on the staff. Chiaverini has been one of the nation's top recruiters and helped land the current class that ranks 35th in the country.

Dorrell was promoted to assistant of the Dolphins on Friday by coach Brian Flores. He is known for his work on the offensive side of the ball, both as a receivers coach – he held that title for the Broncos from 2000-2002 under Mike Shanahan – and coordinator. His only foray into college ball since getting fired at UCLA was in 2014 at Vanderbilt as the OC. His best season as a head coach came in 2005 when he led the Bruins to a 10-2 record and a Sun Bowl victory.

I reached Shanahan today, and here's what he told me about Dorrell.

"They made a great choice," Shanahan said. "Great football coach and man. CU should be very proud. He has all the qualities you look for."

CU athletic director Rick George has proposed that CU's Board of Regents approve a five-year deal for Dorrell worth $18 million, in which the first-year salary would be $3.2 million and then increase by $200,000 annually, not including additional compensation for any of several incentives in the contract that are met. He is also proposing a salary pool of $3.8 million for the assistant coaches, which is an increase from $3.155 million for the previous staff. The Regents must approve Dorrell's contract, which campus leaders will present for their consideration at a meeting in the near future.

“I’m excited to be back, it’s like coming home,” Dorrell said. “The thing that excited me about this job is that my experience in the past here for the most part has been very successful. We had a lot of good teams, went to a lot of good bowl games. It’s a top caliber program that has a lot of potential, and I’m excited to return it to that level.”