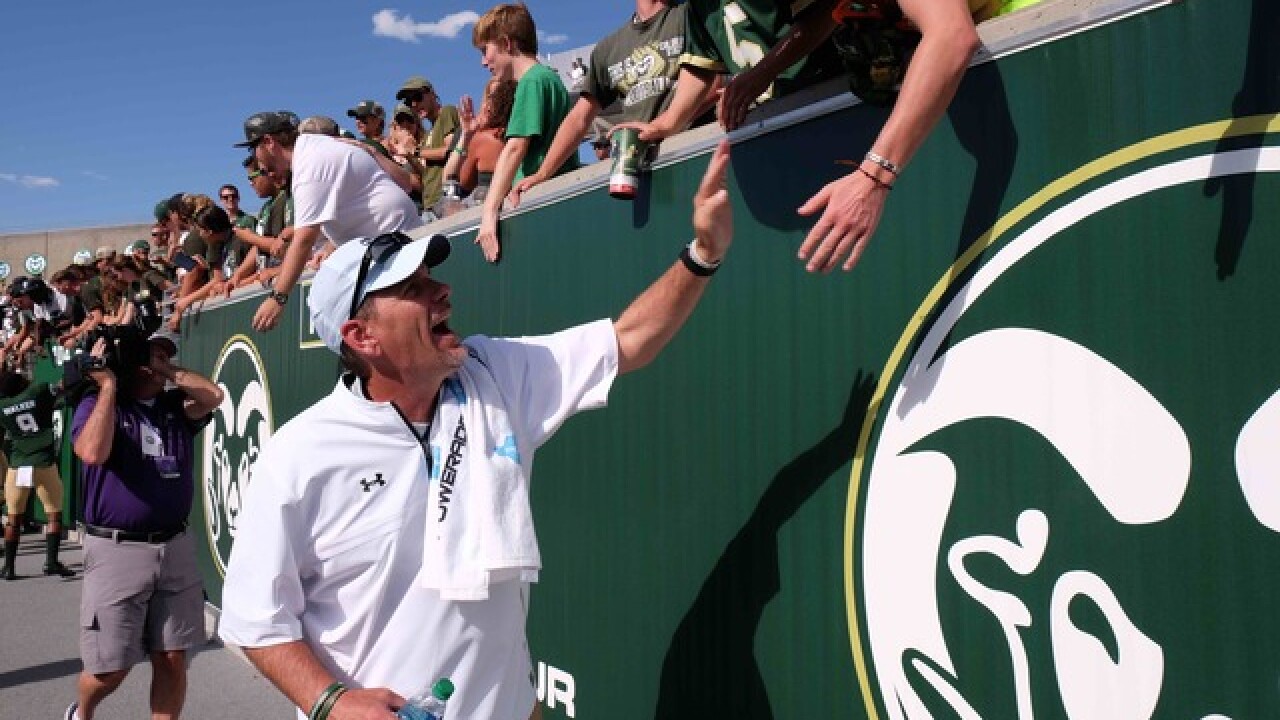 Copyright 2017 Scripps Media, Inc. All rights reserved. This material may not be published, broadcast, rewritten, or redistributed.
All photos by Denver7 photojournalist Major King.

The university announced on Wednesday that Bobo and the school "have mutually agreed to a separation arrangement" following the Rams' 4-8 season. Bobo spent five seasons as the CSU head coach. He led the Rams to bowl games in first three seasons – going 7-6 each year – but the team dropped to 3-9 in 2018.

This year, the Rams dropped their final three games, including losses to rivals Wyoming and Air Force. CSU also lost to Colorado in the season-opening Rocky Mountain Showdown.

"Unfortunately, the results the last couple of seasons have not been what we wanted," Bobo said in a statement. "I can assure you this was not a reflection of the commitment and hard work that we all put into the program the last five years."

Bobo was the offensive coordinator at Georgia before taking over at CSU, where he replaced Jim McElwain.

"I would like to thank Mike Bobo for his professionalism, commitment and efforts in leading our football program for the past five seasons," CSU director of athletics Joe Parker said in a statement. "He has devoted an innumerable amount of energy to moving Colorado State football forward and fulfilled his promises to developing our student-athletes in every dimension."

In his first three seasons, Bobo's Rams were among the top scoring offenses in the Mountain West Conference, averaging around 30 points or more per game. But CSU struggled on defense each season, and Bobo could not match the level of success reached by McElwain, who went 8-6 in 2013 and 10-3 in 2014 before leaving to take the Florida job.