Charlie Blackmon homered in the 12th inning, lifting the Rockies to a 3-2 win over the Indians 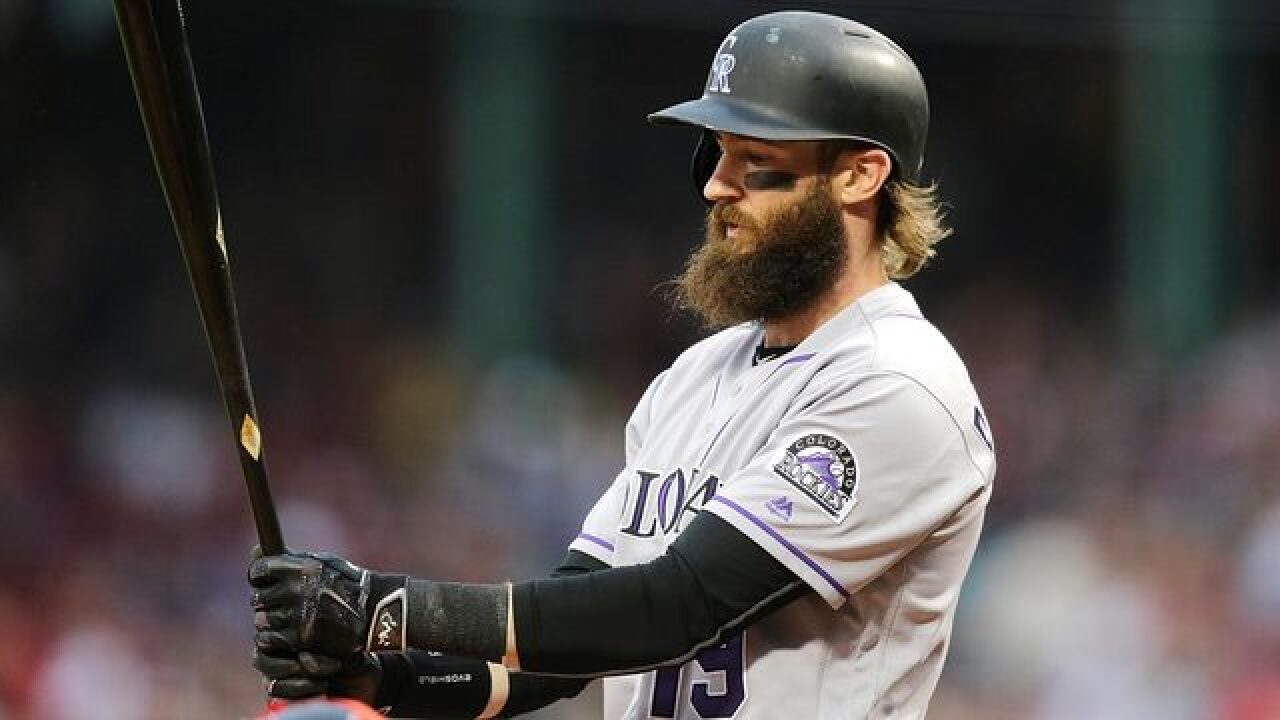 CLEVELAND -- Charlie Blackmon homered in the 12th inning, atoning for a base-running blunder and lifting the Colorado Rockies over the Cleveland Indians 3-2 on Wednesday.

With Colorado trailing 2-1, Blackmon singled leading off the eighth and was running on the pitch when DJ LeMahieu fouled a ball to the right side. Second baseman Jason Kipnis caught the ball on the warning track with his back to home plate, spun and threw to pitcher Joe Smith, who was covering first.

Colorado tied the score in the ninth when Carlos Gonzalez singled with one out and came home on Jonathan Lucroy's double off Cody Allen, who blew a save for the third time in 22 chances. Lucroy's hit bounced away from center fielder Bradley Zimmer, who had tried for a sliding stop.

Lucroy was booed throughout the series. He vetoed a trade that would have sent him from Milwaukee to Cleveland at last season's trade deadline.

Blackmon connected against Zach McAllister (1-2) for his 27th home run. Blackmon's 74 RBI are the most among leadoff hitters.

Carlos Estevez (5-0) pitched two hitless innings and Tyler Chatwood threw a perfect 12th for his second big league save, his first since April 11, 2012. Rockies closer Greg Holland gave up four runs and threw 31 pitches in the ninth inning Tuesday as Cleveland rallied for a 4-1 win.

Trevor Bauer allowed one run and struck out nine in seven-plus innings. He gave up a leadoff homer to Alexi Amarista on an 0-2 pitch in the third and was pulled after Blackmon's eighth-inning single.

Indians: All-Star outfielder Michael Brantley was put on the 10-day DL, a day after he sprained his right ankle.

Rockies: RHP Jon Gray starts Friday in the opener of a three-game series at Miami. He is 4-2 with a 5.12 ERA in seven starts since recovering from a broken bone in his left foot.

Indians: RHP Danny Salazar opens a four-game series Thursday at Tampa Bay. He struck out a career-high 12 over seven innings against the New York Yankees on Aug. 5.