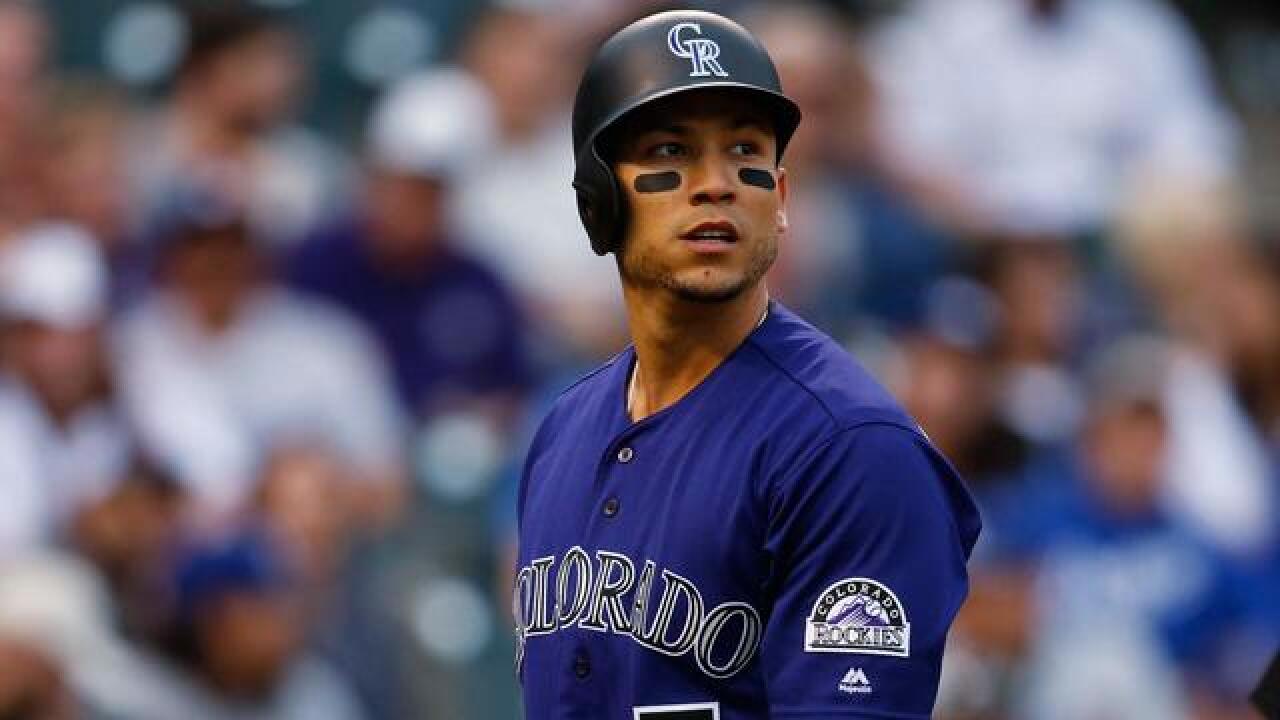 CINCINNATI (AP) -- Chris Iannetta hit a two-run homer off Anthony DeSclafani in his return to the mound, and Carlos Gonzalez added a three-run shot Tuesday night, powering the Colorado Rockies to a 9-6 victory over the Cincinnati Reds.

The Rockies ended a four-game losing streak that was their longest since they dropped eight in a row last June.

Left-hander Kyle Freeland (6-5) allowed three runs while pitching into the seventh. He also got his first RBI of the season with a bases-loaded walk as Colorado pulled away.

The Reds matched the third-worst start in franchise history at 21-40 despite getting one of their top pitchers back from his latest major injury.

Charlie Blackmon had an RBI triple in the first inning and scored on Gonzalez's infield single. Iannetta hit a two-run homer in the second inning off DeSclafani, who lasted five innings.

The Rockies blew leads in each of the last four games, but Freeland (6-5) didn't let this one slip away. He added to it by drawing a bases-loaded walk from Austin Brice in the sixth. Gonzalez connected an inning later off Wandy Peralta on a 473-foot homer that was the longest at Great American Ball Park since 2014.

Freeland went 6 2/3 innings, allowing Scott Schebler's solo homer in the fifth and Tucker Barnhart's bases-loaded single in the seventh. Bryan Shaw gave up three runs in the ninth before Wade Davis fanned Scott Schebler for the final out and his NL-leading 19th save in 21 chances.

Rookie outfielder Mike Tauchman was called up from Triple-A Albuquerque and infielder Daniel Castro was optioned. Tauchman opened the season with Colorado and went 1 for 23. He pinch hit and walked.

Reliever Jackson Stephens was optioned to Triple-A Louisville to open a spot for DeSclafani. Right-hander Kevin Kevin Shackelford was released.

Rockies: Ianetta was in the lineup after being forced to leave a game Sunday after a ball hit him in the thigh, causing numbness in the leg. He went 1 for 3.

Reds: Center fielder Billy Hamilton was out of the lineup, getting a day of rest. He's in a 1-for-14 slump.