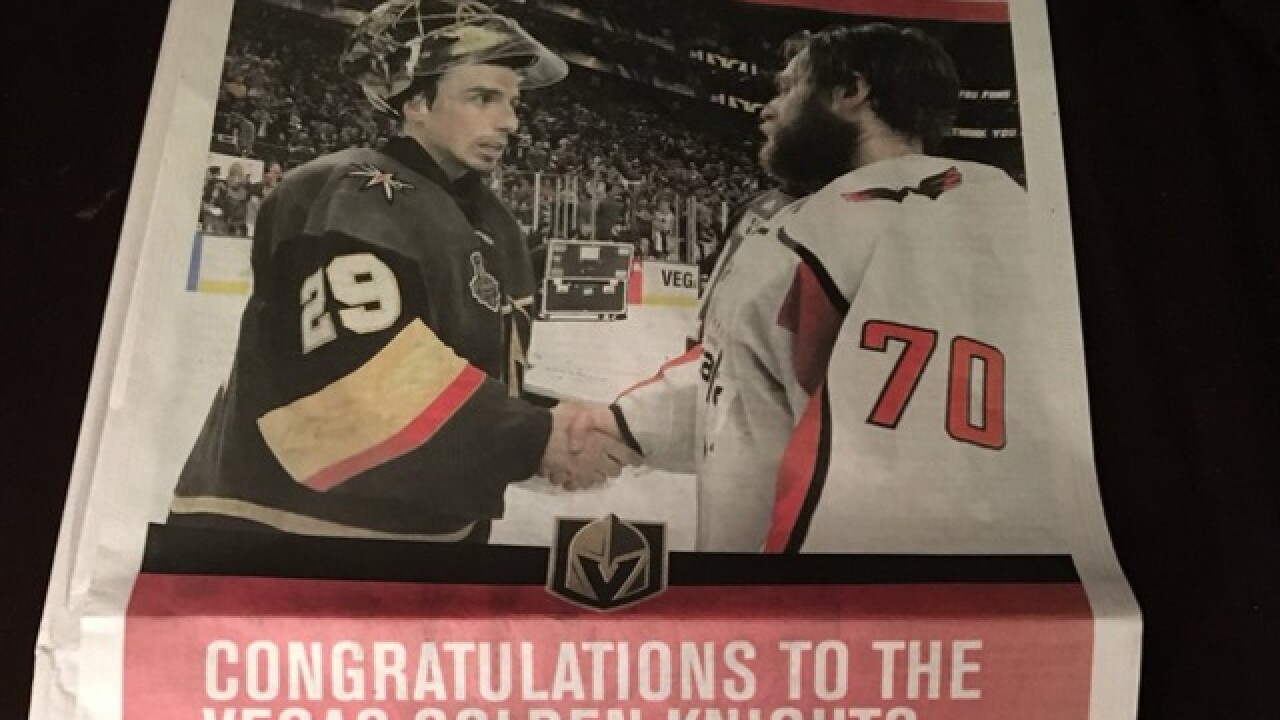 Copyright 2018 Scripps Media, Inc. All rights reserved. This material may not be published, broadcast, rewritten, or redistributed.
Cara Clarke

The Washington Capitals may have ended the Vegas Golden Knight's fairy tale season by defeating them in the Stanley  Cup Final but their latest move shows just how classy of an organization they are.

The Capitals took out a full-page ad in the Las Vegas Review-Journal to congratulate the Golden Knights on a historical expansion season.

This is the message they sent to the Golden Knights:

" Congratulations to the Vegas Golden Knights on the most successful inaugural season in the history of sports.

It was an honor to compete against you in the Stanley Cup final.

You are truly VEGAS STRONG."

An extremely classy gesture from a world-class organization. 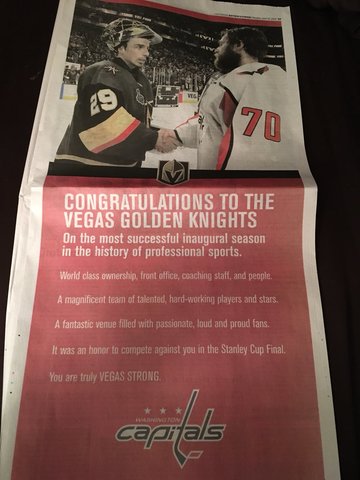