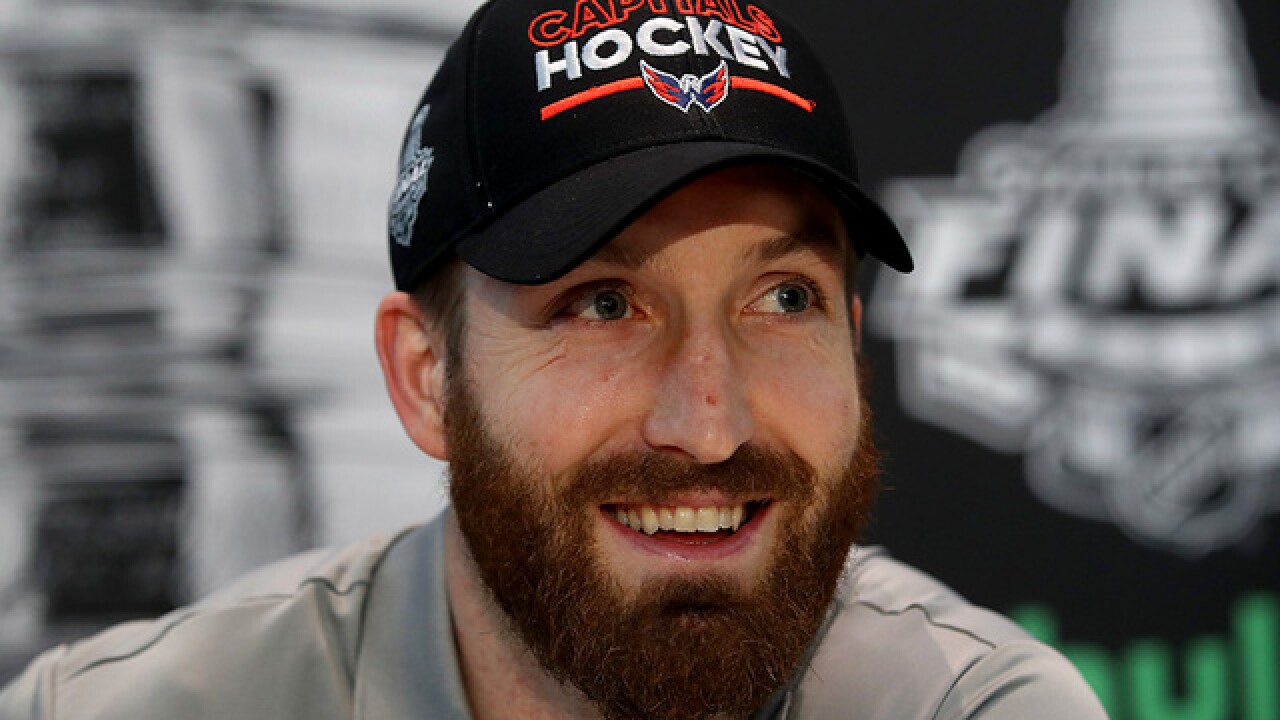 Copyright 2018 Scripps Media, Inc. All rights reserved. This material may not be published, broadcast, rewritten, or redistributed.
Bruce Bennett
<p>LAS VEGAS, NV - MAY 27: Brooks Orpik #44 of the Washington Capitals answers questions during Media Day for the 2018 NHL Stanley Cup Final at T-Mobile Arena on May 27, 2018 in Las Vegas, Nevada. (Photo by Bruce Bennett/Getty Images)</p>

Shedding Orpik’s $5.5 million salary in the final year of his contract and dealing Grubauer before he earned more as a restricted free agent gives them more than $20 million in cap space. It’s needed because defensemen John Carlson and Michal Kempny can become unrestricted free agents July 1 and playoff hero Devante Smith-Pelly and top-line winger Tom Wilson will get raises as RFAs.

Carlson, who led all defenseman in scoring in the regular season and playoffs, is expected to cost $8 million-plus a season on a long-term deal. The Capitals would have struggled to fit that under the $79.5 million ceiling without a move like this.

“This was a difficult move, but the one we felt we needed to make in order to give some flexibility moving forward,” general manager Brian MacLellan said. “Philipp has been a consummate professional and a great teammate and we wish him all the best. Brooks was a great leader and a tremendous role model for our young players in his four years with our organization.”

The 37-year-old Orpik was a respected alternate captain who got the Cup third after Alex Ovechkin and Nicklas Backstrom when Washington won its first title in franchise history. The rugged defenseman played almost 20 minutes a game in four seasons with the Capitals and scored the winning goal in Game 2 of the Stanley Cup Final against Vegas.

MacLellan said Grubauer had earned the opportunity to be a starting goaltender somewhere. The 26-year-old joins fellow Capitals draft pick Semyon Varlamov with the Avalanche where he’ll get the chance to start more games than he did behind Braden Holtby in Washington.

Grubauer started a career-high 35 games with the Capitals this past season, going 28-15-10 with a 2.35 goals-against average and .923 save percentage. He played well enough to be the Capitals’ starter at the beginning of the playoffs but was replaced by Holtby during Game 2 of the first round after allowing eight goals on 49 shots.

The German goaltender’s play down the stretch increased his trade value to the point MacLellan was hoping he could get a late first- or second-round pick for him.