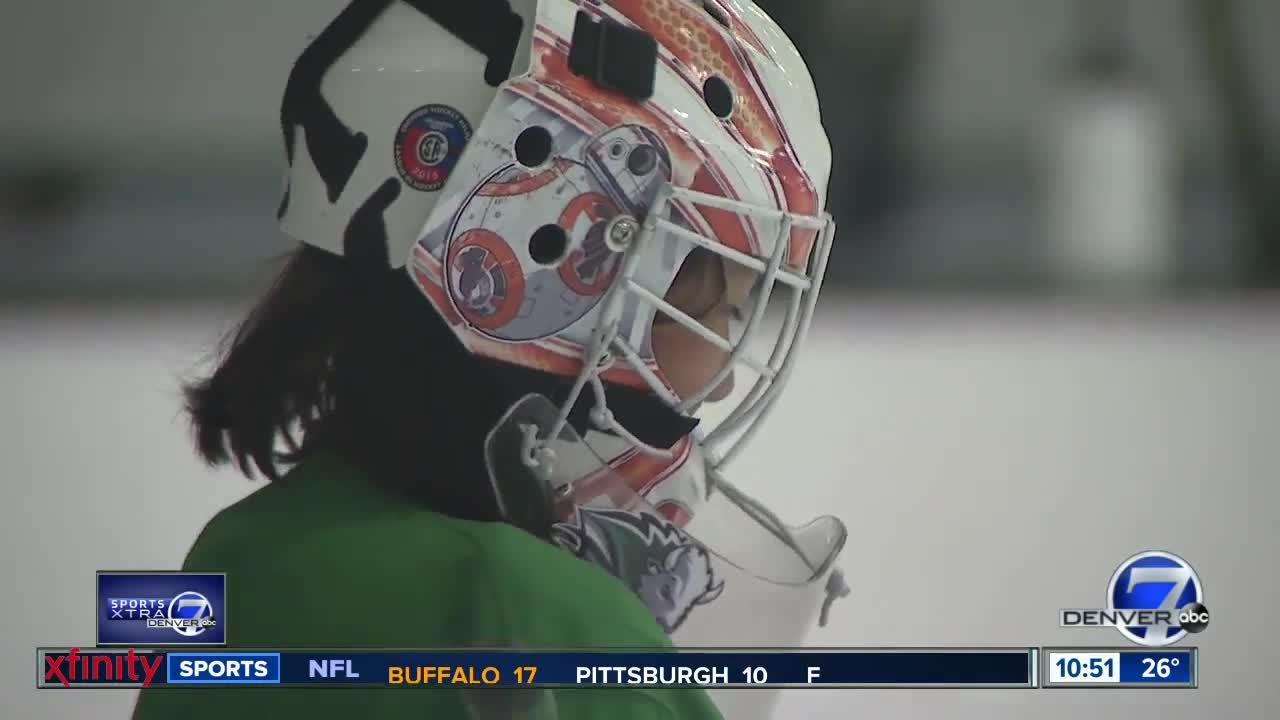 About a year after she learned to walk, Mika Yokota learned to glide.

“I started skating when I was about 2 years old,” says the now 10-year-old girl living in Broomfield.

She’s an athlete – playing sports like football, soccer, and lacrosse. But her first love is hockey.

“Most girls don’t really like hockey,” says Yokota. “But I think they don’t like it because they haven’t tried it yet.”

Mika plays on four separate hockey teams, and she plays on teams for both boys and girls. During one tournament weekend, she played in nine games in a single day.

She may not know it yet, but Mika Yokota is paving the way for other girls to follow in her footsteps.

"She's a rink rat,” says Chris Lockrem, the Director of Hockey Operations for the Boulder Hockey Club and Lady Roughriders. “She loves being here and she's athletic and has a great attitude and she just works and works and works. She’s got to have more ice time than anyone I’ve ever seen."

Lockrem is helping to grow the game of girls’ hockey in Boulder.

Mark Sample is a goaltending coach with over 30 years of experience – coaching talent all over the globe, including a few NHL players. He says he’s seen major growth in girls’ hockey.

"Girls’ [programs have] increased by over 500 percent,” says Sample.

Despite his impressive resume, Sample says Mika is a top talent.

"She's better than every girl I've ever put into division one college hockey,” says Sample. “She's very special, she's a great athlete, she's very easy to coach, she can do anything in the game."

Girls hockey is gaining in popularity; for example, the Colorado Avalanche held their second annual Girls Hockey Night back in October.

Building on the success of the US Women’s Hockey Team that won the gold medal at the 2018 Winter Olympics, hockey has become one of the quickest growing sports among young women.
So, Mika’s chances to turn her passion into a career seem pretty solid.

“I want to try to be on the USA Women’s [National] Team,” she says.

"We could be seeing Mika easily be playing in the Olympics,” says Sample. “Easily [she could play] at any level of hockey she wants to play."

Of course, hockey wouldn’t be hockey without a few bumps and bruises.

"I did a drill and it caught Mika in the arm where there's no protection,” says Sample. “I could tell it hurt her and I said are you ok?"

"It hurt a lot,” says Mika. “The first time [you get hit] you're like whoa, but then you just get used to it."

"I was like Mika that's the reason Coach Mark doesn't play goal anymore, I don't want to get hit by pucks,” says Sample.

Mika Yokota is a tough customer.

Her future, intertwined with the future of the sport she loves, is bright.