Woody Paige: Eagles get a Super Bowl redo versus Patriots 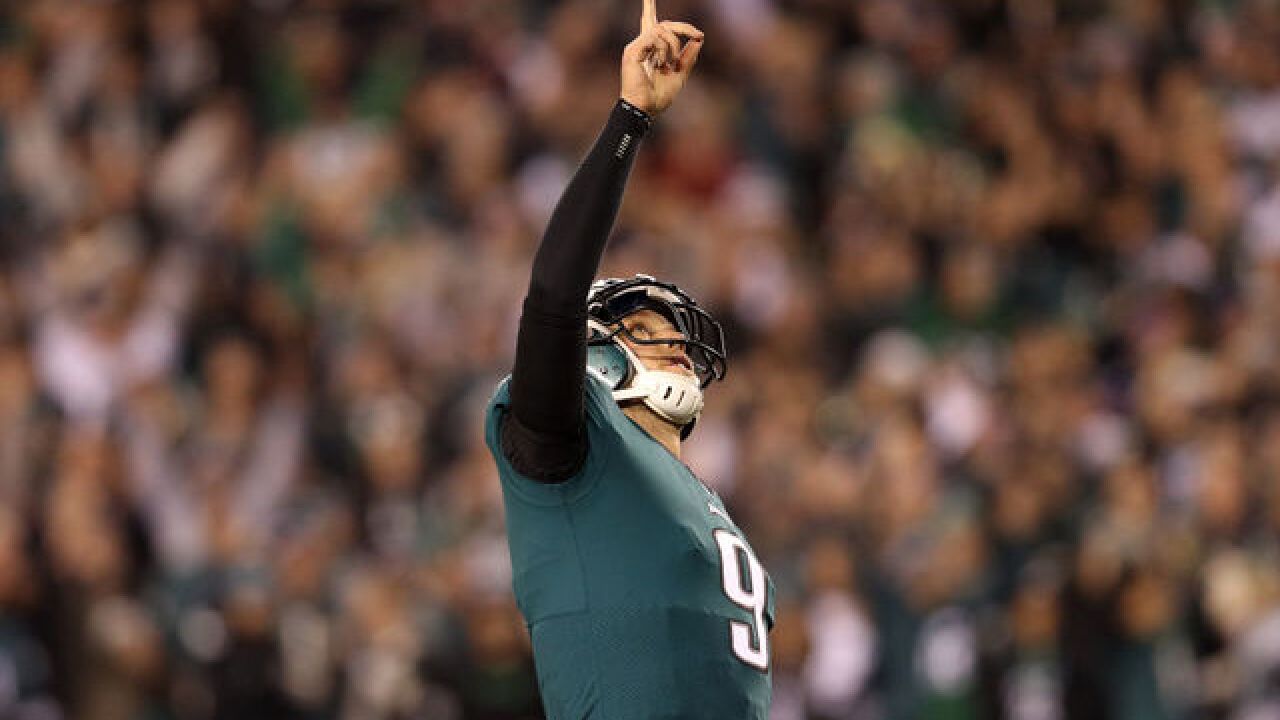 “PhiLIIdelphia” gets a redo 13 years later.

The Eagles lost Super Bowl XXXIX to the Patriots 24-21.

Is the third time a charm or a curse for the City of Brotherly Love, and Hate?

The Broncos had to endure until their fourth Super Bowl.

In fact, the Broncos are the reason the Patriots aren’t playing in their fifth consecutive Super Bowl. The Broncos defeated the Patriots in the AFC Championship games of the 2013 and ’15 seasons.

But the Patriots have returned to the Super Bowl (after last year’s incredible rally against the Falcons), and the Broncos’ coaching staff has been reduced to being at the Senior Bowl on Saturday. And only two of the Broncos, Von Miller and Aqib Talib, will be at the Pro Bowl on Sunday.

It seems rather long ago that the Broncos, with Peyton Manning at quarterback, knocked off Tom Brady and Bill Belichick twice. In the last one — two years ago, on Jan. 24 — Brady connected with Rob Gronkowski for a four-yard touchdown with 12 seconds left at Mile High Stadium to make it 20-18. But Bradley Roby intercepted Brady’s two-point conversion pass attempt.

And the Broncos would go on to win the Super Bowl over the Panthers. The Patriots probably would have prevailed, too, and this would have been their opportunity to become the only franchise to win four consecutive Super Bowls.

As it is, the Patriots are a dynasty, anyway. But they have a ways to go before duplicating the Mings, who ruled China from 1368-1644. This will be the eighth Super Bowl for New England since 2002, and the Belichick-Brady Brunch have won five.

As a witness to both the Eagles’ previous Super Bowls in New Orleans and Jacksonville, neither will be remembered as an all-time classic. The Eagles, in reality, were out of the first game by the end of the first quarter. In the second trip, they were tied with the Patriots in the third quarter before falling.

Yet again, Philadelphia is the underdog (4.5-5.5 points), and its fans can wear the dog masks again in Minneapolis.

I’m among the few people you might know who was in Minnesota for the other Super Bowl.

The temperature on game day was nine degrees, but Washington and Buffalo played in the Humbert H. Humphrey Metrodome. The Bills would have had a better chance if the Super Bowl had been played outdoors.  Minneapolis, and St. Paul, were a pit of cold misery the entire week. (And I was “lucky” to go back to the same stadium for the Final Four.)

New Orleans was more pleasant when the Eagles played the Raiders on Jan. 25, 1981. Jim Plunkett threw two touchdown passes in the first quarter (one for 80 yards), and Philadelphia could counter with only one field goal in the opening half. Plunkett got his third score in the third quarter, and the Eagles finally managed a touchdown on a Ron Jaworski pass.

But they had a genuine shot on Feb. 5, 2005, with coach Andy Reid and quarterback Donovan McNabb. The Eagles had dropped three NFC title games before ultimately wading through the Falcons and the Vikings, just as they did this season, to meet the Patriots. New England had beaten the Colts (and Manning), who had defeated the Broncos the week before, and the Steelers in the AFC championship.

The Eagles were bigger underdogs in that Super Bowl (plus-7) than LII, but had the Patriots tied 7-7 in the second quarter and again in the third quarter. But the Patriots went ahead by 10 in the fourth quarter with a touchdown and a field goal around a McNabb interception. The Eagles did cut the lead to three with a McNabb touchdown with 1:48 left, and did get the ball back. However, McNabb’s pass in the final seconds was deflected and picked off, permitting the Patriots to hang on.

The good news was I met Paul McCartney after his halftime performance.

What happens this time?

The same score, only reversed. The Eagles will soar 24-21.