What's next for Broncos? A look at the upcoming to-do list 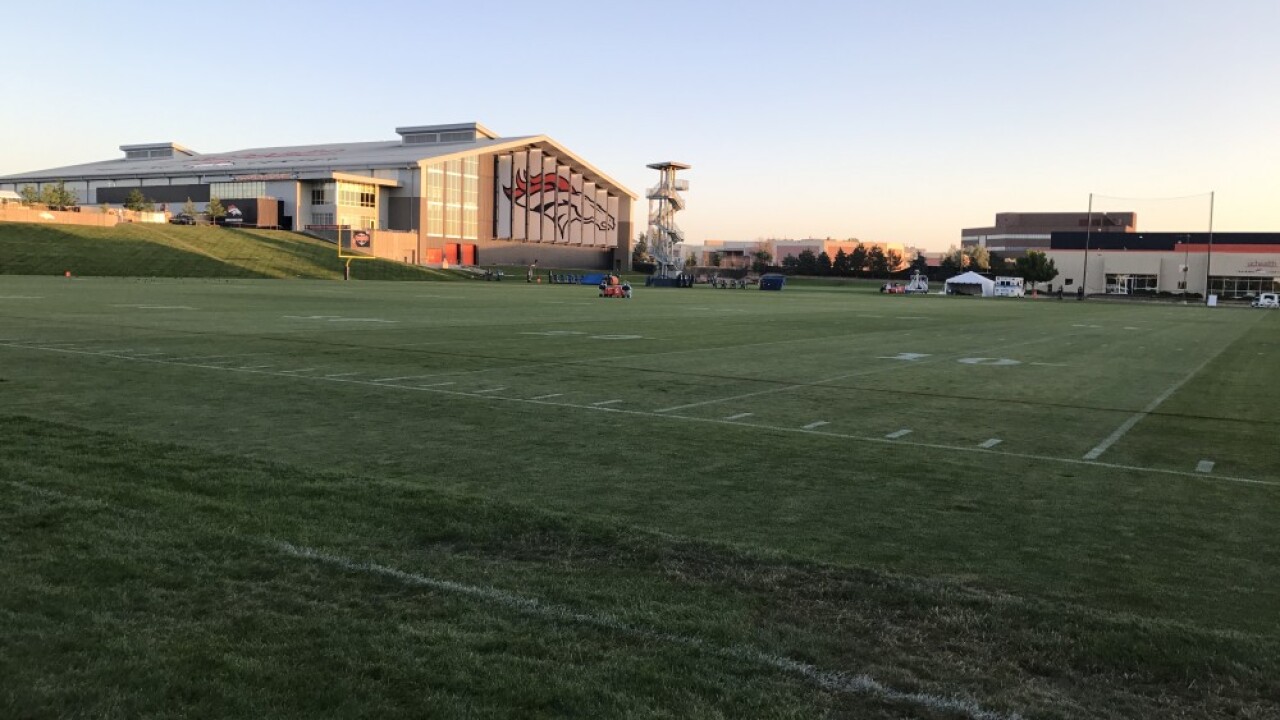 DENVER -- Four years ago, the Broncos were not knee-deep in snow. They were returning home from Santa Clara for a downtown parade. As champions of Super Bowl 50, they wrote a story decorated with goosebumps and the Disney-of-all comebacks (Paging Peyton Manning). Everything seemed possible, even with Manning's anticipated exit.

Since he left, little has gone right. The Broncos watched rudders (DeMarcus Ware, T.J. Ward, Aqib Talib, Brandon Marshall, Danny Trevathan, Demaryius Thomas) and their leader (coach Gary Kubiak) leave the locker room. After four straight seasons without a playoff berth and seven quarterbacks, the choppy waters have settled. The Broncos have their signal-caller in second-year pro Drew Lock, who went 4-1 in his five starts. They have a coach in Vic Fangio, while still learning on the job, has restored discipline and toughness.

The Broncos hit bottom and believe, as general manager John Elway stressed last month, they are bouncing up. Threads of optimism exist. And yet, it's not enough. The Broncos face a critical offseason. They require a series of right decisions from everyone from CEO Joe Ellis -- they need a better game-day experience after posting 38,095-plus no-shows over the last three home games -- to Elway and Fangio.

The Broncos now occupy the same division as the world champions. The Kansas City Chiefs are not going away. Quarterback Patrick Mahomes is a problem. But the Broncos must remain mindful of realistic goals, not making moves to beat the Chiefs, who outscored them 53-9 last year. Post a winning record. Return to the playoffs. Plant seeds of real growth instead of hoping everything sprouts faster than a Chia Pet.

So what's next for the Broncos? My Denver7 look at some important items on the to-do list:

The Broncos will have plenty of money with roughly $62 million in cap space, and possibly more. Also, the Joe Flacco extension is not working against them as some believe. The Broncos worked out an extension for Flacco that created money to sign existing players to contract extensions last season. Only fullback Andy Janovich agreed to a new deal. That means the $13.6 million of dead cap money for Flacco is actually carried over to 2020 because it went used, creating additional cap room.

OK, so that helps. However, keeping existing players will require tough choices. Denver features key starters who are free agents: safety Justin Simmons, cornerback Chris Harris Jr, defensive ends Shelby Harris and Derek Wolfe, safety Will Parks, and center Connor McGovern. And they must decide if they will pick up options on linebacker Todd Davis (uncertain), kicker Brandon McManus (he converted 29 of 34 field goals) and guard Ron Leary (unlikely to return). Elway said last month he will pick up Von Miller's option, so no drama there.

Simmons is not going anywhere. The Broncos can franchise tag him at $11.5 million, something Simmons recognizes is a possibility. Elway has signed the previous four franchise tag players to longterm deals. Denver pushed to get a deal done with Simmons early last season with a strong offer in guaranteed upfront money but failed to gain traction. The new president of football administration Rich Hurtado, the salary cap specialist who previously worked as a player agent for Creative Arts Agency, worked alongside Simmons' agent Todd France at CAA. Will that help facilitate a deal? Perhaps. But Simmons is not taking a discount.

Harris Jr. changed agents near the end of last season. He remains open to returning to Denver, but would the Broncos pay Simmons ($11.5 million per), Kareem Jackson ($11 million per), and Harris, who could command anywhere from $13 to $15 million per season? In a similar financial scenario two years ago, they moved on from Talib to create playing time for Bradley Roby.

Shelby Harris has never cashed in, so he's not going to take less, nor should he. He delivered a career year, which might have priced him out of Denver's budget. Wolfe wants to retire a Bronco, and because of his age and previous injuries, he is realistic to retain. Parks is a valuable utility player who should be targeted if the price remains reasonable. McGovern had a solid season, but I would not be surprised if the Broncos draw a firm line with him, given how much they like prospect Patrick Morris.

Elway has jumped off his Miami scooter and will soon be forming a wish list. It is a cruel fact that as the drafts have delivered better than Amazon Prime the past two seasons, the free-agent classes have not. Ghost seasons from right tackle Ja'Wuan James (right knee) and cornerback Bryce Callahan (foot) sabotaged Denver's chances of a winning record last year. Fingers crossed, both are expected to be healthy and productive in 2020.

The Broncos need more hits like Jackson, a playmaker with attitude. The Broncos figure to make at least two significant additions. They need upgrades along both lines. Guard Brandon Scherff and tackle Anthony Castonzo are names to file away. Defensively, the Broncos could make quite the splash if they pursued Kansas City's disruptive defensive tackle Chris Jones, though the Chiefs are unlikely to let him go.

Cornerback is an area of need even if Callahan and De'Vante Bausby (neck) rebound. Byron Jones experienced an uneven career in Dallas but perhaps could benefit from a change of scenery. Inside linebacker remains a position in need of reinforcement — Cleveland's Joe Schobert and the Rams' Corey Littleton profile as players who could help.

The draft needs are known, but remain fluid because free agency hits first, with the team permitted to talk on March 16 and sign players on March 18. What happens in those first few days will shape some draft selections.

Let's be real. The Broncos need more speed and weapons offensively. The Broncos averaged 21.8 points under Lock. Anything less than 23 per game under new coordinator Pat Shurmur will be a huge disappointment and produce a fifth consecutive season without the playoffs.

I expect the Broncos to add at least two receivers in the first four rounds of the draft. They could take one with the 15th overall pick, though a strong argument can be made to choose a tackle as Garett Bolles' or James' future replacement. Some of the possibilities at receiver include Alabama's Henry Ruggs (though Elway has never picked a Crimson Tide player), Clemson's Tee Higgins (a burner like Ruggs with size), and Colorado's Laviska Shenault (a tackle-breaking machine, but a raw route runner with an injury history). Jerry Jeudy and CeeDee Lamb will be long gone before the 15th pick. Denver could go chalk and select a tackle like Iowa's Tristan Wirfs, who, in theory, would replace Leary at guard and shift to tackle in 2021.

This is considered a deep class for receivers and athletic tackles. If the Broncos take a tackle in the first, someone like TCU wideout Jalen Reagor could be available in the second. The Broncos can't miss on the first two rounds. Both those players need to be starters and contributors. No excuses, not if they Broncos want to return to the playoffs.