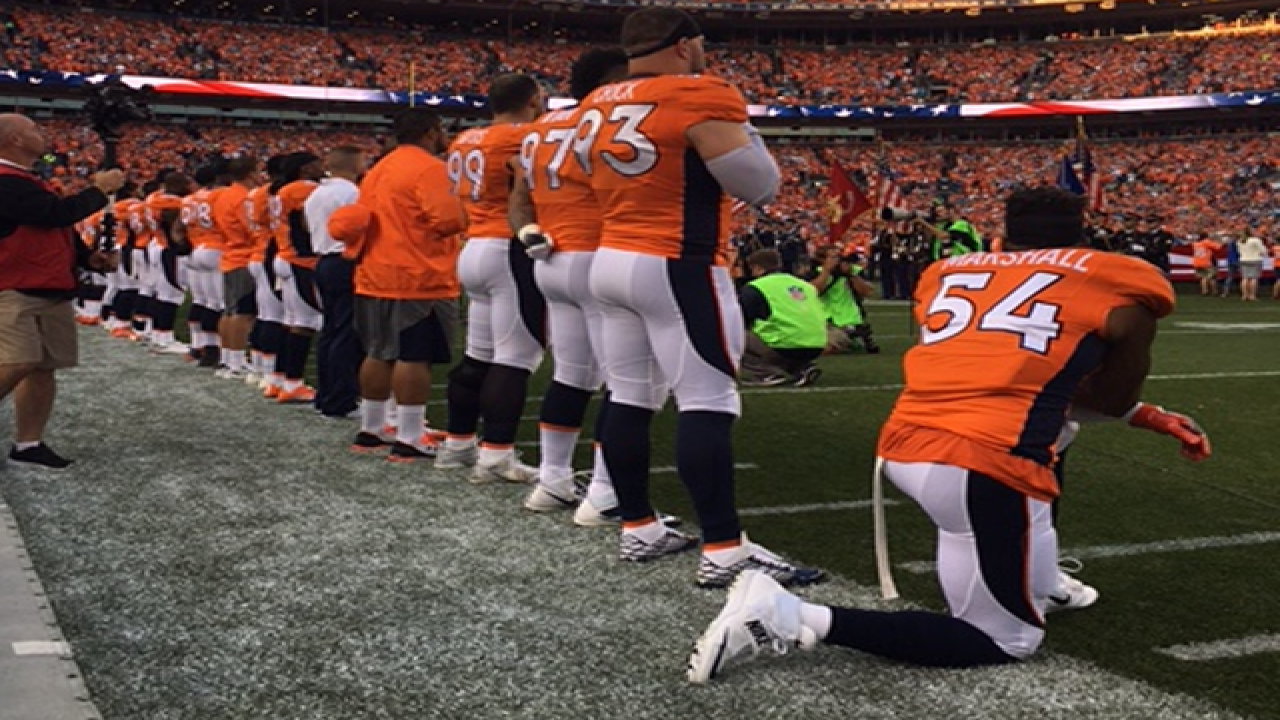 DENVER -- After losing two endorsements and gaining another following his decision to kneel during the national anthem before the season opener against the Carolina Panthers, Broncos linebacker Brandon Marshall is finally opening up about his stance against social inequality.

"My intent was not to offend anyone but rather to simply raise awareness and create some dialogue toward affecting positive change in our communities," he said in a message posted to his Instagram page.

Marshall went on to explain he's talked to the Denver Chief of Police and had some insights as well as feedback following a conversation with him. He also noted he's had time to "reflect on important issues such as race and gender equality, the treatment of our military veterans, our relationship with law enforcement, educational opportunities for our youth, and many more [important issues]."

He added that while there is so much work to be done "by all of us," the change for the better has to start with him.

As the Broncos were ready to take on the Panthers on Sept. 8, Marshall kneeled during the national anthem in protest against what he called "social injustice."

Marshall followed in San Francisco 49ers quarterback Colin Kaepernick's footsteps, who started the silent protest by sitting on the bench, saying he wouldn't stand ''to show pride in a flag for a country that oppresses Black people."

Kaerpernick was then joined in a sign of camaraderie by several other professional athletes from the Kansas City Chiefs, the Miami Dolphins and the New England Patriots, according to Sports Illustrated.

It is not known if any others will join in the protest.

-- Despite backlash, Marshall is undeterred --

But as the saying goes, "when one door closes, another one opens," and opened up it did for Marshall, who got an endorsement late Monday from RushCard, a prepaid Visa card company founded by entrepreneur and hip-hop mogul Russell Simmons.

While many have criticized Marshall and the other players taking part in the protest as not really doing anything to help their cause, Marshall is making sure to put his money where his mouth is.

"I plan to be involved with several other organizations that benefit the Denver community and others through the services, awareness and funds they provide for these critical social issues," he said on the same Instagram post. "And I will donate 300 dollars for every tackle I make this season to those programs."