What if Broncos trade C.J. Anderson, draft a running back 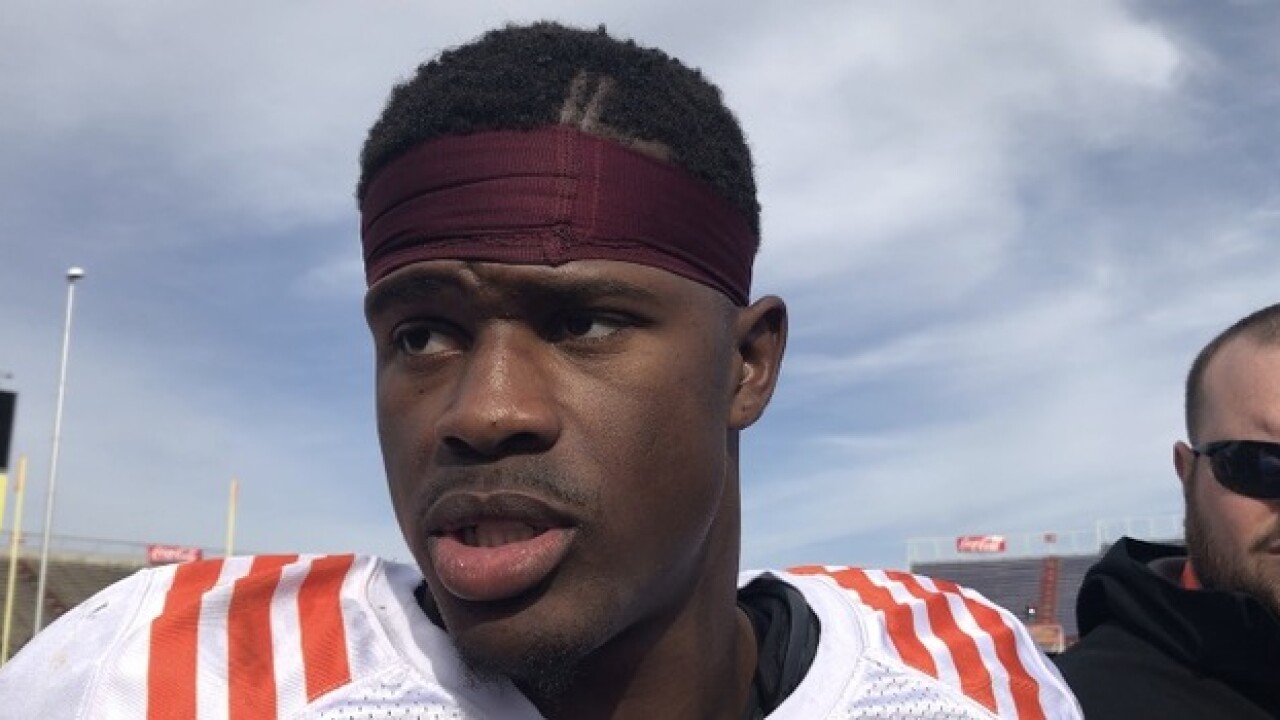 DENVER -- Driving south on I-25 this morning, the visual struck me.

The removed signage from Mile High Stadium leaves the structure looking barren, naked. Banners promote concerts -- Taylor Swift is dealing with "Reputation" issues it appears, and the Denver Outlaws own a championship legacy -- but the facility looks like an outfit screaming for accessories.

In many ways, it symbolizes the current state of the Broncos' offense.

It desperately needs an identity, a foundation to create a pathway to success. There's no easy way to put it: The Broncos offense the past two seasons was awful. Denver bottomed out a year ago, averaging 18.1 points, ranking 27th in the NFL. The Broncos scored 125 points in the first half last season, third worst. Is it any wonder they trailed nearly ever minute of their eight-game losing streak?

The only thing the Broncos did moderately well was run the ball, averaging 115.8 yards per game. C.J. Anderson produced his first 1,000-yard season, recovering from knee surgery to grind out a personal milestone in a forgettable team campaign. So the premise of this column is going to challenge the senses: What if the Broncos trade C.J. Anderson and draft a running back in the first three rounds?

Let me make clear that Anderson was not a problem. He provided bursts on days when hope remained faint. Yet, he is due $4.5 million this season with no dead cap money if traded or released. It makes him vulnerable. According to multiple NFL sources, the Broncos had a verbal agreement in place to send Anderson to Miami for right tackle Ja'Wuan James before Miami surprisingly nixed the deal.

The sands have shifted since. The Broncos signed quarterback Case Keenum to a reasonable two-year contract with $25 million guaranteed, leaving room to keep Anderson if the team sees fit. However, the idea of trading Anderson on draft day -- the team moved Kapri Bibbs to the 49ers a year ago -- remains a possibility depending on how the selections fall.

I can create an argument for keeping Anderson and complementing him with Devontae Booker, and De'Angelo Henderson. Booker is set to start if Anderson is moved, but has yet to prove he can remain productive over a full season. It represents a risk to go into the season without a versatile back (I thought that would be Jamaal Charles a year ago, but he was a ghost in uniform for reasons that will never make any sense).

Let's get to the point. The Broncos must consider adding playmakers, and running back represents a place to find help. My look at some options:

Saquon Barkley, Penn State: A scenario, unlikely two months ago, exists for Barkley to remain on the board when the Broncos select at No. 5. He is dynamic, strong, versatile and breathtaking. The notion he's a four-down back remains misguided. No team will use its starting running back on special teams regularly, exposing him to injury. Give Barkley 12-to-15 carries a game with four catches, and it's hard to see the Broncos not improving. History suggests paying a running back big money is not a path to a championship, but it could help Denver regain credibility.

Sony Michel, Georgia: I saw roughly four of Michel's regular season games last season. I was intrigued. Then I watched the Rose Bowl against Oklahoma and was sold. He can make guys miss, and, while slippery, is strong enough to produce yards after contact (the knock against Booker). Michel in the second remains an intriguing proposition. There's no guarantee he will be there with growing buzz he goes late in the first round. And let's not forget the Broncos' success stories with Georgia running backs (Terrell Davis, Olandis Gary). Of course fellow SEC star Derrius Guice would provide a boost for the Broncos, but the LSU back figures to be snatched up in the top 15 picks.

Rashaad Penny, San Diego State: Penny led the nation in rushing last season. He is 5-foot-10, 224 pounds, a bullish physique that creates power and leverage. Most appealing about Penny, who visited the Broncos, is his ability to run routes, while showing good hands. In absence of a slot receiver emerging, the Broncos best bet in the passing game to augment Demaryius Thomas and Emmanuel Sanders could be a running back in space. Penny is definitely on the radar.

Ronald Jones, USC: Jones is a proven runner in a big-time conference. He was USC's most reliable weapon last season. I like Jones. I would like him more if he showed more experience in the passing game.

Kalen Ballage, Arizona State: A local product from Falcon High School, Ballage is a tall, powerful back with surprising speed. Ballage, pictured, never operated as the feature back in college, sharing carries. Low mileage could help him in the NFL. Ballage represents a potential complementary piece given his soft hands in the passing game. The Broncos know him well after coaching him at the Senior Bowl.

Akrum Wadley, Iowa: Another player who showed well at The Senior Bowl. Wadley brings a solid resume of improvement each season and versatility. He projects at the next level if used correctly. Oregon's Royce Freeman is another player worth monitoring in this deep running back class.

This represents a draft to find a back. Even in the third round, quality should be on the board (Remember, the Chiefs drafted Kareem Hunt in third round last season and he led the league in rushing). If Barkley sits unwrapped at No. 5, I imagine it will be difficult for the Broncos to pass on that present.