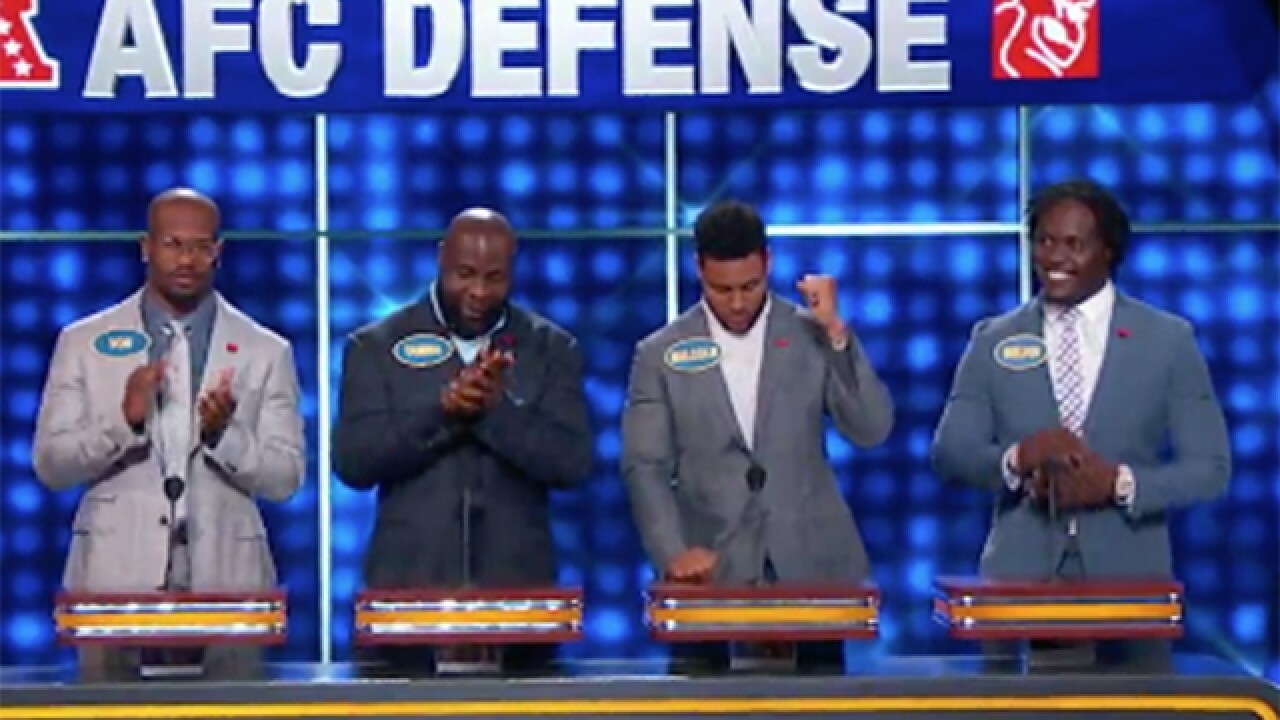 What hasn’t Von Miller done this offseason? The Super Bowl 50 MVP has parlayed his championship season into a grand Hollywood tour, appearing on talk shows, participating on “Dancing With the Stars” and even joining other NFL players in an episode of “Celebrity Family Feud.”

Miller taped the AFC vs. NFC episode earlier this summer in California, and it’s set to air Sunday. Check out the sneak peak, from ABC.

So how will the Super Bowl 50 MVP handle the buzzer?

.@Millerlite40 is smooth on the field and dance floor, but how will he handle the buzzer on @FamilyFeudABC tonight? https://t.co/0WcoeuOdIh

Miller recently posed in a cowboy hat for ESPN The Magazine's "Body Issue."