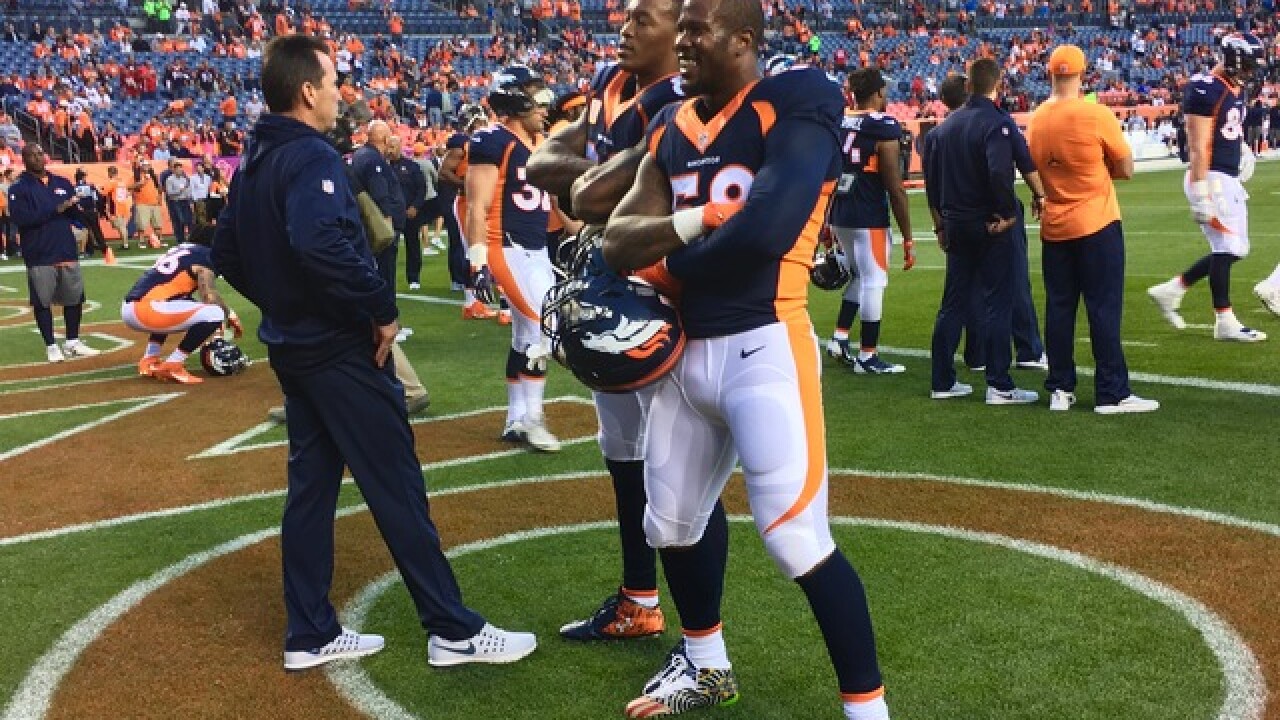 ENGLEWOOD, Colo. -- History suggests a rebound. The Broncos have not suffered back-to-back losing seasons since 1972. They possess a confident quarterback with multiple offensive weapons. Coach Vance Joseph is more demonstrative and in charge.

And they have outside linebacker Von Miller. Perhaps, you've heard of him. Disruptive force. Creates pressure. Wrecks game plans. Miller finished with 10 sacks last season, qualifying as a disappointment in mind. A confluence of factors contributed to his lowest total since 2013, among them a team that trailed in most games and the lack of a threat opposite of him.

"I am not going to say Von is unblockable," linebacker Brandon Marshall said. "But he his damn near unblockable."

This defense is built to play with a lead. If the Broncos accomplish this regularly -- a difficult task for a team that is 7-15 over its last 22 games and 2-10 over their past 12 -- Miller sets up to succeed in a big way.

I have said Miller will contend for NFL Defensive Player of the Year honors because of the attention Chubb and crew will demand. What do the wise guys in Las Vegas think. Bovada posted their odds Wednesday morning.

So they are saying Von has more than a chance. Miller's pedigree speaks for itself. He is one of three players in NFL history to reach double-digit sack totals in six of their first season seasons. To win the highest individual defensive honor, Miller requires a career-high in sacks -- he netted 18.5 in 2012 -- and the Broncos to reach, at minimum, a .500 record. The challenge is daunting, but within reach.