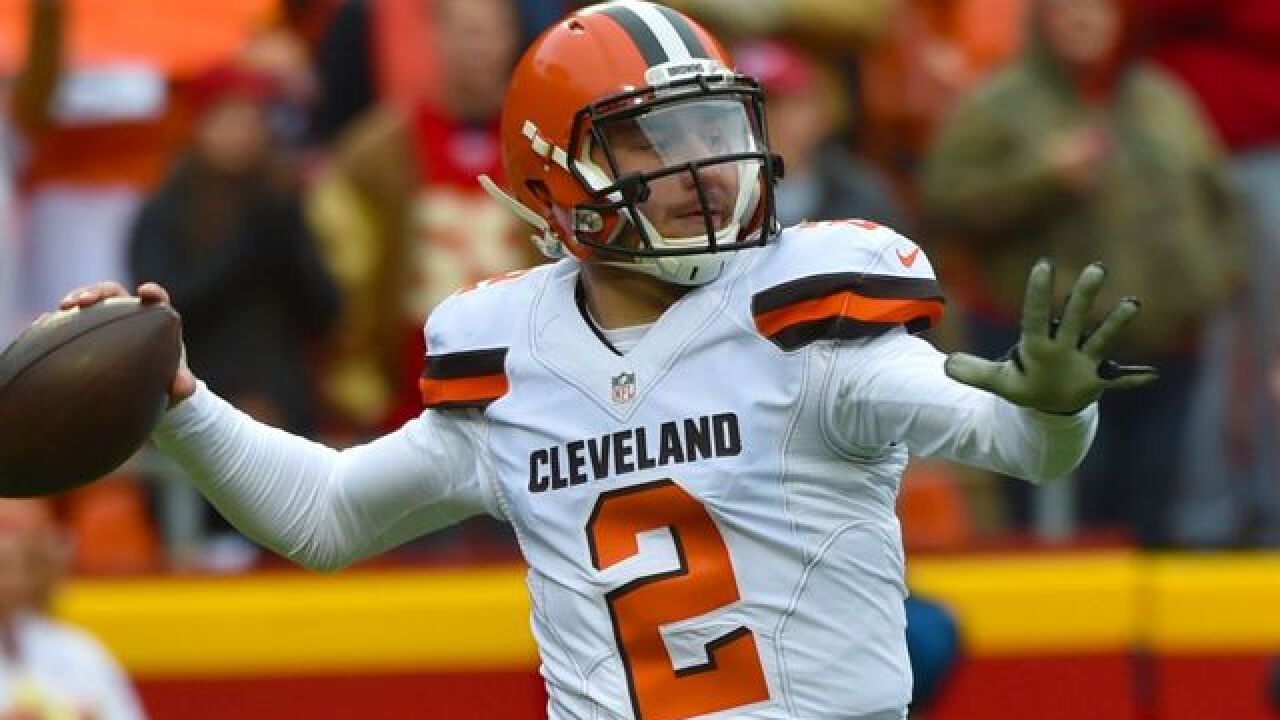 Manziel and the photographer talked outside of The Nice Guy nightclub on Saturday night. Manziel briefly takes the camera for himself.

The photographer questions him about joining Denver's team.

"So the Denver Broncos... John Elway, great dude. Kubiak... great organization. Anywhere I get picked up is a blessing," Manziel says. "Whatever happens, I love ball. I want to play, and that's the team I want to go to."

However, ESPN reported Monday that the quarterback is actually not living with Miller.

And Miller wrote on Instagram, "Johnny's not staying with me but he is my BROTHER! Like I've said a thousand times, I got his back no matter what! #LOVE"

Lol, you guys are HILARIOUS!!! Haha, I love it. Johnny's not staying with me but he is my BROTHER! Like I've said a thousand times, I got his back no matter what! #LOVE #gigem @jmanziel2

Manziel is living with Cleveland wide receiver Josh Gordon in an apartment off of Sunset Boulevard," ESPN reported.

The Cleveland Browns released the quarterback for a series of problems, including that he allegedly assaulted his ex-girlfriend and rumors that he came drunk to practice.

Manziel adds in the video, "I don't think there's anything wrong with partying. There's a difference between partying and being out of control." Manziel tells the photographer he's "cool" but not drunk.

Miller has advocated for Manziel coming to Denver. The MVP has told ESPN that he supports the free-agent no matter what and he can relate to what Manziel is going through. Miller was suspended in 2013 for substance abuse.

Miller said last week, "If I had to make my decision on it, he would already be on the Broncos," Miller said Friday. "But we've got guys in the front office that make those decisions, and they put us in championships with those decisions."