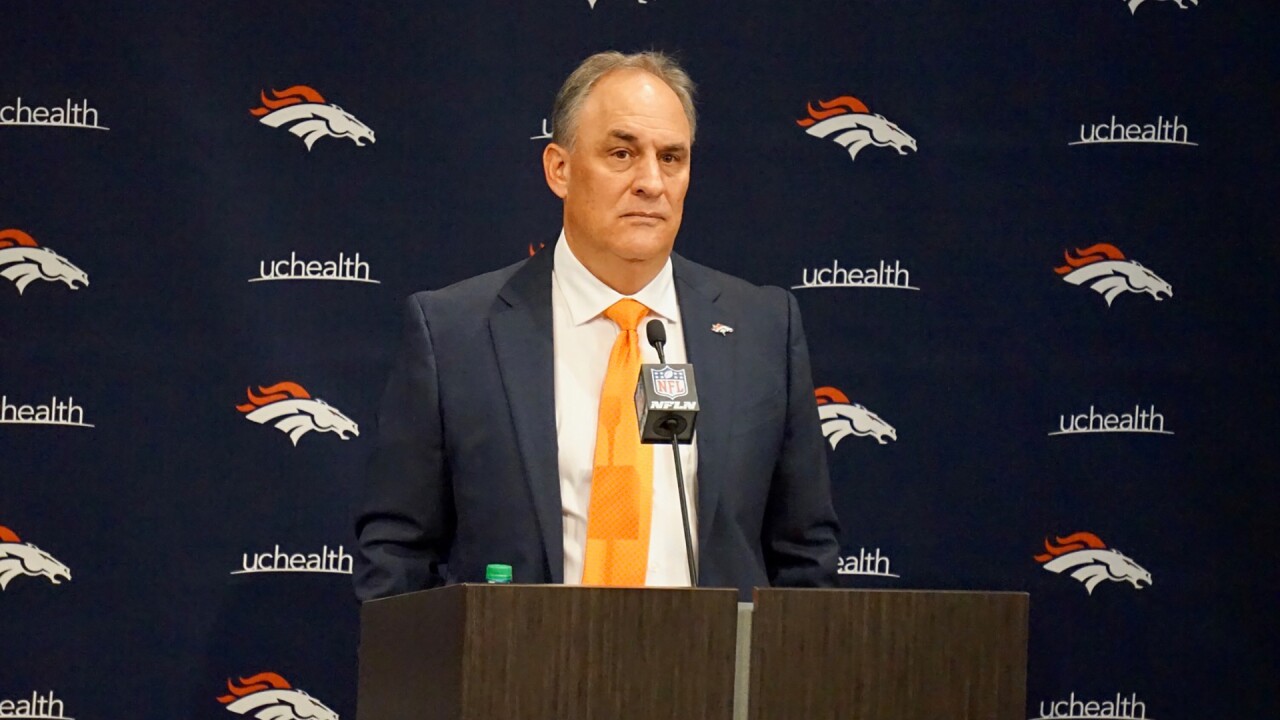 DENVER -- Early last season, Broncos star Von Miller referred to Vic Fangio as "The Professor." The Broncos coach possesses a high football IQ and is not afraid not to think outside the box when it comes to concepts on and off the field.

So it is, Fangio will set a Broncos precedent next week, leaving his assistant coaches home rather than have them attend the annual NFL combine in Indianapolis, sources confirmed to Denver7. It is a reflection of an evolving industry said those with knowledge behind the thinking. While the combine can serve as a reunion for coaches -- it is a blend of steaks, drinks and charts -- it can be argued a coaching presence is not required beyond the boss. Per sources, Fangio has general manager John Elway's blessings with the change in procedure.

In his second season, Fangio continues to put his fingerprints on the franchise. He understands the urgency of returning to the playoffs after a 7-9 season that blended early disappointment with late hope following the emergence of rookie quarterback Drew Lock. Fangio fired offensive coordinator Rich Scangarello after taking a few weeks to comb over the offensive game film in January. Fangio added experience in new playcaller Pat Shurmur and quarterbacks coach Mike Shula.

Regarding the combine, Fangio wants to streamline the process — the Patriots have done something similar for years — to create a more efficient evaluation model. It is new, but the Broncos can ill-afford to be tentative. They need to hit on the draft and in free agency. Fangio feels the reward outweighs the risk.

Fangio and Elway will address the media early next week in Indianapolis. The Broncos have several critical decisions looming in free agency. They have six big free agents: cornerback Chris Harris Jr., defensive ends Shelby Harris and Derek Wolfe, safeties Justin Simmons and Will Parks and center Connor McGovern. Simmons represents the easy solution. He will be franchise tagged or sign a longterm deal. Harris Jr. will test the market and see if the Broncos will match. He is expected to have a number of suitors, among them the Chiefs, Eagles, Cowboys, Texans, Colts and Raiders. Shelby Harris will have a robust market and is unlikely to fit in the Broncos budget. The Colts are interested. Wolfe is a more likely candidate to return, but will the money be enough to make it worth him finishing his career in Denver? And Parks and McGovern are wild cards. If McGovern leaves – and he is seeking a nice payday -- the Broncos could go with a young center or even use Dalton Risner there if needed.

The Broncos will be active in free agency. It's early, but don't be surprised if they pursue a big-ticket receiver and corner. Any number could fit the bill, but they have been connected to Amari Cooper and Cowboys defensive back Byron Jones.