Vance Walker out for year with torn ACL 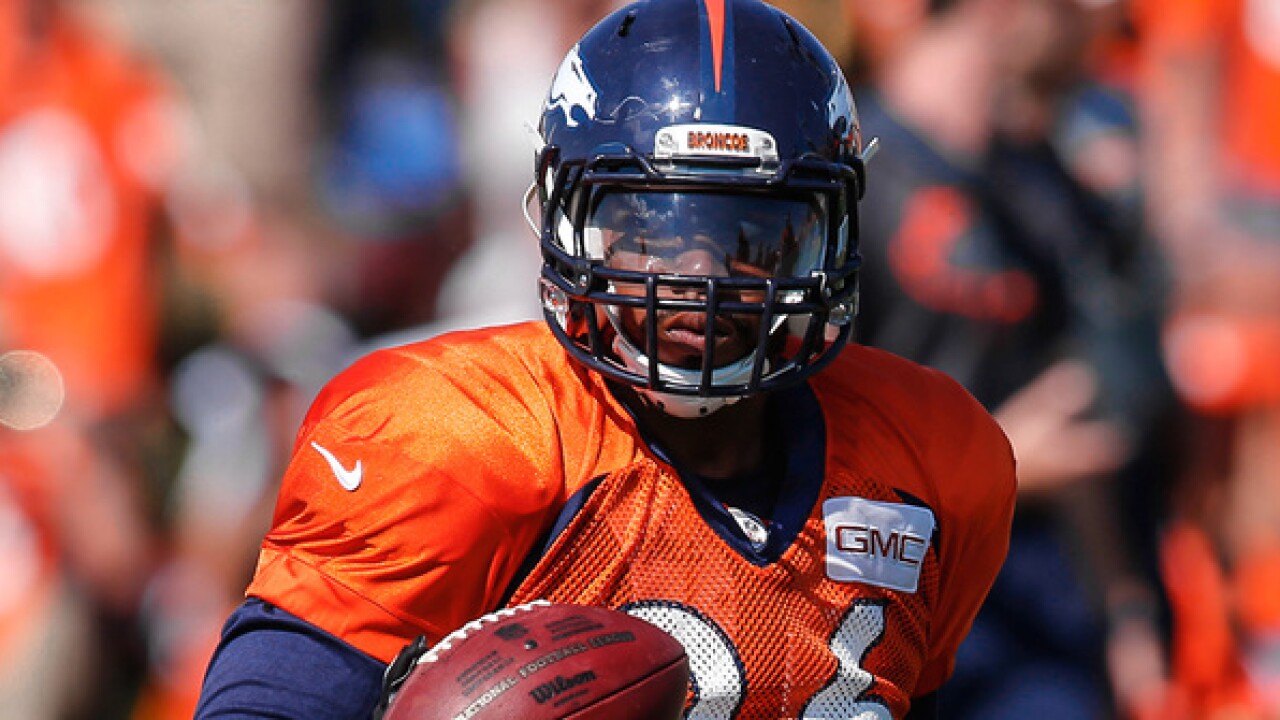 CENTENNIAL, Colo. -- Enjoying the best training camp of his career, defensive end Vance Walker's season ended before it started Monday after he fell to the ground and grabbed his right knee. Counted on to replace departed free agent Malik Jackson, Walker was carted off the field and could not put weight on his leg as he entered the locker room. An MRI revealed what teammates expected as Walker lay writhing in pain: He tore the anterior cruciate ligament, knocking him out for the year. He's the third Bronco in two years to suffer an ACL injury before the season, joining former left tackle Ryan Clady and tight end Jeff Heuerman.

For Walker, the timing is awful. He had moved into the starting lineup, impressing defensive line coach Bill Kollar with his run stuffing ability throughout camp. Walker added bulk this offseason and admitted, "I am comfortable with how I fit on this defense."

His progression ended in an instant. In the first play of a 9-on-7 drill, Walker lined up opposite of left guard Max Garcia and left tackle Russell Okung. Running back C.J. Anderson took a handoff and headed in Walker's direction. Walker became tangled with Okung and Garcia, going to the ground, something the team attempts to always avoid. Immediately defensive teammates reacted with expletives and took a knee, sensing the gravity of the situation.

"We think the world of Vance, and he was having a great camp," coach Gary Kubiak said. "We'll support him through his recovery, and he'll come back stronger than ever."

With Walker out, Jared Crick, signed as a free agent from Houston in the offseason, moves into the lineup. He took first-team reps Monday. Crick struggled the last few seasons in Houston, but has gained the confidence of teammates during training camp. He figured to play as a situational pass rusher before Walker's injury. Crick posted a sack against the Bears, turning a tackle into a pylon, and is comfortable in the scheme.

"I came here because of Kubiak and (defensive coordinator) Wade Phillips," said Crick, a former Nebraska star. "It's been an easy transition since I had already known the defense. It's been a good fit so far. It's horrible what happened to Vance. Hopefully, he's OK. But my mindset has to stay the same, to keep improving."

Rookie Adam Gotsis moves up to the second team. In his first game back form a torn ACL at Georgia Tech, Gotsis showed explosiveness against the Bears. However, he's still regaining his strength after the long absence. Without Walker, veteran Billy Winn, signed during camp, could make the 53-man roster to provide depth.

In a sign it's about time for training camp to end, two stars exchanged punches on Monday. Receiver Emmanuel Sanders appeared to have ace cornerback Chris Harris beat on a double move. Quarterback Mark Sanchez fired the ball downfield. But Sanders was headed to the ground, pulled down by Harris, who was flagged on the play. Sanders went ballistic, pushing back. The pair began throwing punches and both their helmets ended up on the ground as teammates ran to the scene near the VIP tents. Broncos officials were concerned, naturally, as the helmets came off, given the injury risk.

Sanders later threw his helmet again on the sidelines, still seething. However, after several minutes, tempers cooled as he shook hands with Harris and Aqib Talib, whom he beat for a long touchdown from Trevor Siemian earlier in practice. Sanders and Harris declined to comment after practice.

"That's what you want. Then we come together on Sunday you want the whole team fighting, scratching and pushing. If we have to work on it against each other to get ready, then that's what we've got to do," safety T.J. Ward said. "At the end of the day, we are all teammates and we are all cool."