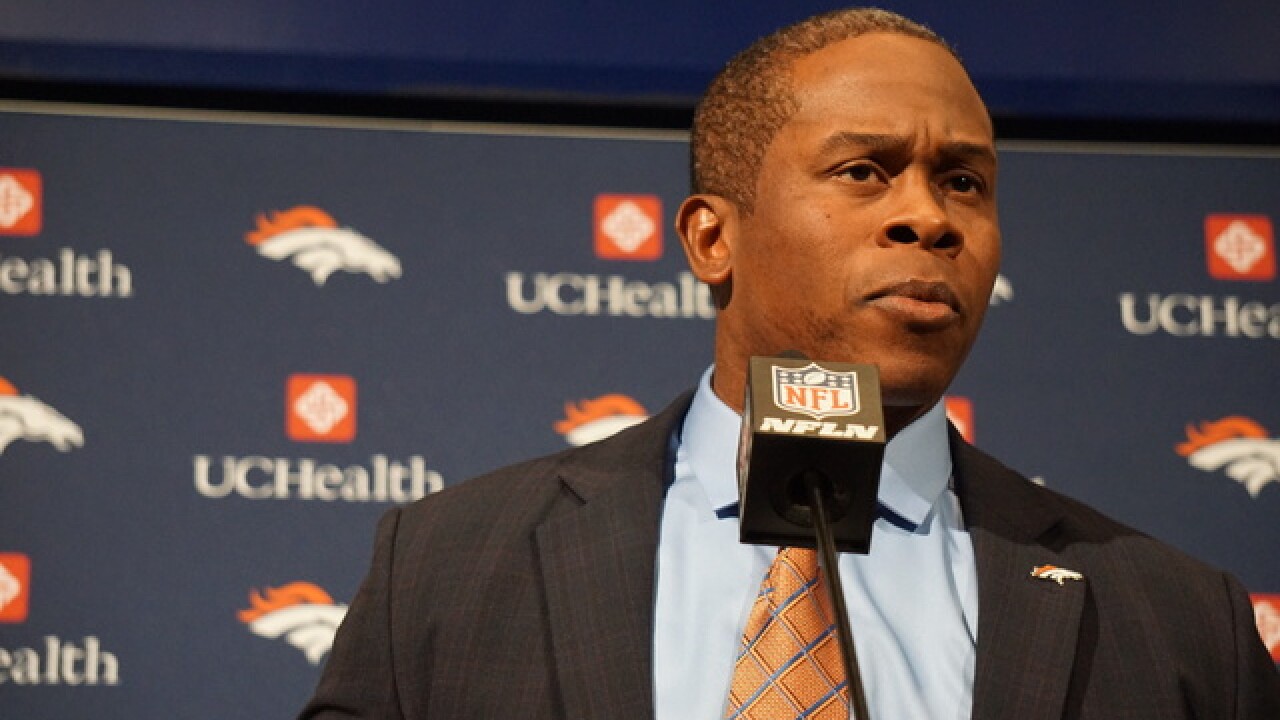 CENTENNIAL, Colo. -- Vance Joseph leaned forward in his chair at the NFL owners meetings and quizzed reporters about an offensive trend. Why do most passes go to the right side of the field? Strategy, protection, coincidence? He batted around ideas. Finally, it was suggested the stats skew that direction because most quarterbacks are right-handed. Ding. Ding.

It was a fun exchange of give-and-take. Taken in a vacuum, it meant nothing. But in the context of Joseph's new position, it carried more merit. It illustrated how comfortable he's becoming in his new role. He realizes how much falls to his plate, from the travel schedule and office decorations to media obligations.

Joseph takes an important step Monday, addressing his team for the first team as offseason conditioning begins. He gets to be a coach, gets to be the leader of a team looking to reboot after missing the playoffs for the first time in six seasons.

Monday is more symbolic. The Broncos' players take physicals and can work with the strength and conditioning coaches, but run no plays or take instruction from coaches. It is all part of the NFL-mandated offseason that builds up in stages.

This will be the first time Joseph talks with the media since the door closed on Tony Romo. Romo angled to be a Bronco for months, but the interest was not reciprocated. The Broncos were prepared to move on last month, and it became irrelevant when Romo walked away from the game and into the CBS broadcast booth.

It leaves Trevor Siemian and Paxton Lynch in an open competition for the starting quarterback job. Siemian, 8-6 as a starter last season, underwent elective surgery on his left shoulder in January in order to allow him to lift and gain strength after the gruesome injury. He has told Denver7 he is healing on schedule. The idea of him participating in late May at OTAs remains realistic. Lynch, 1-1 as a rookie starter, arrived in town two weeks ago, as reported by Denver7, to acclimate to the altitude. He spent the first part of his offseason working with a quarterback coach in the Orlando-area.

Can Siemian build off his encouraging second season, take advantage of a more flexible audible system and stay healthy? Can Lynch match the giant steps forward Siemian took between years one and two?

A caffeinated ground game could be the key.

"If you watch Trevor, he plays with a calm demeanor. He plays with the ability to not turn the ball over. And I think what's going to help Trevor and Paxton is running the ball better. That's going to go give us a fair box if they play single-high (coverage) because we've got two receivers who are Pro  Bowl-caliber guys." Joseph said. "Trevor and Paxton understand we need them to just do their job. Do your job the best you can do, and that's going to be good enough to win football games."