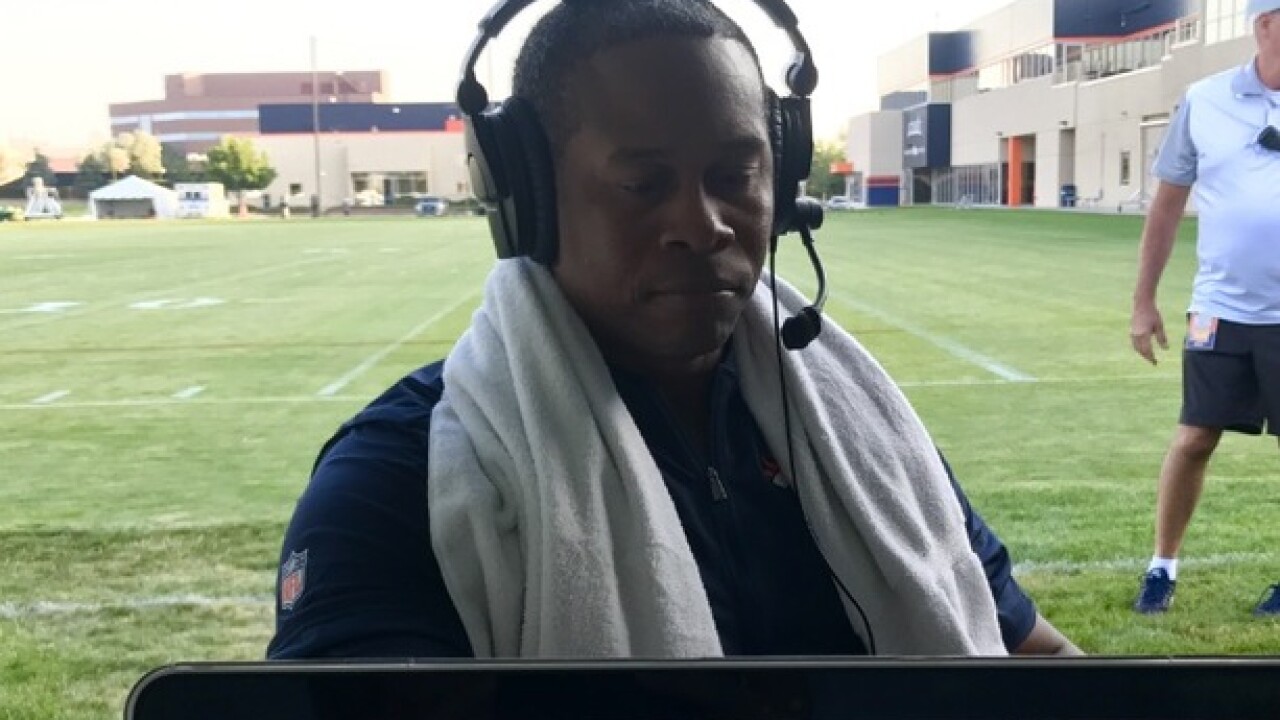 Forget the hot seat, nothing brings on a sweat like a good elliptical workout. Joseph walked over to the 104.3 The Fan radio booth at Broncos training camp before 7 a.m. with a towel around his neck. He completed his 30-minute routine, and then began the verbal gymnastics.

Two days into camp, optimism is no longer a stranger at UC Health Center. But how can Joseph succeed given the outside noise about the precarious nature of his position?

"First of all I don't read it, and I don't listen to it," Joseph told me during my co-hosting gig with Mike Evans. "I am sure you guys do a great job. The bottom line, it wasn't good enough. We can't ignore it. We visit there from time to time, but we can't live there forever."

Joseph learned from last season. He also knows the obvious: his chance of succeeding improved dramatically with the signing of quarterback Case Keenum. Even with lofty expectations, Keenum impressed the first two days. His accuracy stood out with repeated completions to DaeSean Hamilton, Demaryius Thomas and Emmanuel Sanders.

An alarming difference? Last year the game got fast for the Broncos quarterbacks. This season, the Broncos want the game to go fast.

"We play in Mile High. We want to create tempo especially with a veteran quarterback who call the plays by the look he sees," Joseph said. "That's all Case. It's good to have that type of guy. It has provided clarity for our football team."

In looking for ways to rebound, the Broncos focused on a cultural shift. Every small detail has to matter to accomplish big things. It starts, Joseph said, with him. Provide clear direction, then let players take ownership. Fractures developed last season in the locker room. Joseph believes the current group is taking ownership, allowing for quicker development.

"It's definitely turning. You can see that, and it comes from the players," Joseph said. "Coach-led teams can go only so far."

Joseph, who will put his team in full pads on Tuesday and Wednesday, touched on a number of topics during the 10-minute interview.