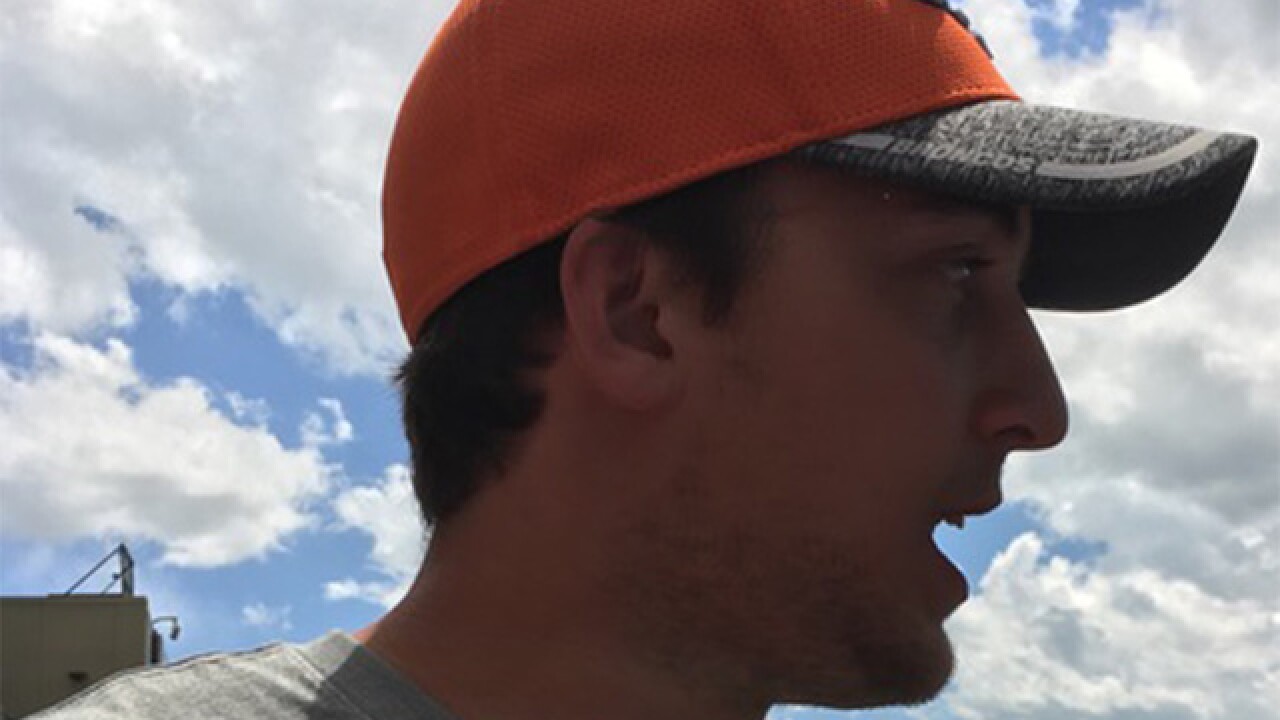 CENTENNIAL, Colo. -- The Broncos don't yet have a quarterback controversy. That would mean they have a starter. They do, however, have a full-fledged competition. Trevor Siemian, who once considered a career in commercial real estate after blowing out his left knee as a fifth-year senior at Northwester, isn't going away.

Siemian delivered in the clutch Saturday. He produced two red zone touchdowns with the first team, including a laser strike to receiver Demaryius Thomas. Ask the Broncos defenders, who did rank first in the NFL last year, and they admit work inside the 20-yard line matters most to them. Can a quarterback make plays in small windows when the screws tighten? Siemian did on Saturday, continuing a strong run that has him in the mix for the No. 1 job.

"He had a really good practice today," coach Gary Kubiak said. "I'm excited watching him become a player. He's very confident. He knows exactly what we're doing. He's really a first-year player in a lot of ways. You see him getting better. The more he continues to play, the better he's going to be."

Perhaps Siemian's best play came on a bootleg, the staple of the traditional Kubiak offense. After the play fake he rolled right, avoided Von Miller who bit on the fake, and drilled a strike on the run to tight end Virgil Green. Mark Sanchez responded on the same play with a well-placed pass to Bennie Fowler. But it was one of few highlights for Sanchez on a day when the first defense showed its fangs against him.

At one point, he threw five incompletions in six attempts. A pick six stained his day. Cornerback Bradley Roby, starting in place of the injured Aqib Talib, who is still not ready to practice because of his offseason gunshot wound, jumped a route. He sliced in front of Emmanuel Sanders and took it in for the score.

"That was big for me because I have had other chances to get a pick and didn't," Roby said.

Kubiak wants the quarterbacks to be aggressive, to make plays. He's been working with Sanchez on looking down field on extended plays. Kubiak acknowledged he's not ready to release a depth chart. It could come as soon as Monday since the Broncos are off Sunday, allowing coaches a chance to analyze the practice film. The Broncos open the preseason Thursday at Chicago.

The Broncos survived a scare when center Matt Paradis sat on the field for nearly a minute. He had the wind knocked out of him, but didn't miss a play. He played every offensive snap last season.

Darrion Weens started at right guard in place of Ty Sambrailo for the third straight day. It appears he will get the first look on Thursday. Sambrailo will be hard-pressed to play against the Bears as he recovers from a hyperextended right elbow.

Devontae Booker is pushing for playing time as a rookie. He continues to get second-team reps.

Receiver Cody Latimer is enjoying his best camp, even if appears to be trailing Bennie Fowler for the No. 3 spot. Latimer made three straight receptions at one point.

C.J. Anderson sprung for a long run. He has admitted how important it is to get off to a fast start this season. He's on track to do just that.