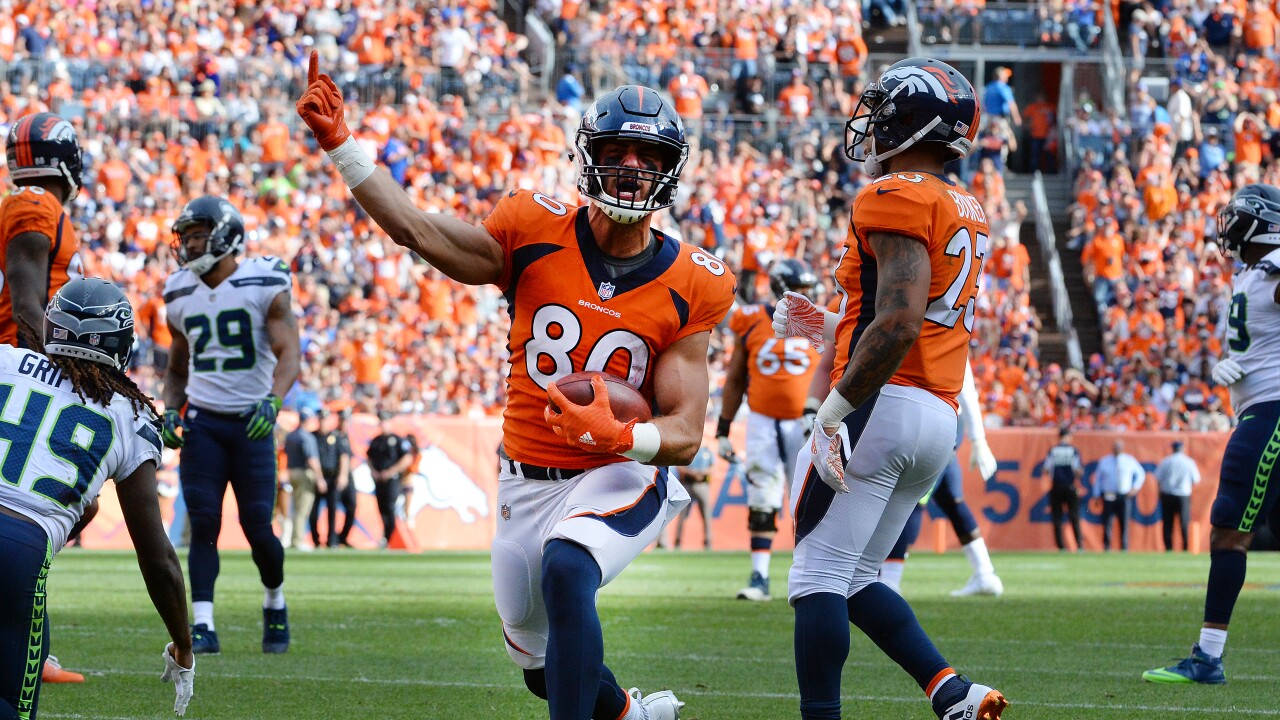 The Broncos lost running back Theo Riddick to a slight shoulder fracture, sidelining the recently-signed veteran for 6-8 weeks, per a source. Riddick represented a near-lock to make the team as a third down weapon after Denver guaranteed $1 million of his one-year deal. His absence creates an opening for Devontae Booker or possibly a young player to squeeze onto the 53-man roster.

Denver also signed cornerback Rashard Causey, released by the Falcons a week ago, to provide depth even though Bryce Callahan (foot) is practicing after sitting out the Seattle game as a precaution. To make room, the Broncos cut outside linebacker Jeff Holland. Holland forced his way onto the field with a strong pass rush last season, passing Shane Ray on the depth chart. However, he never gained traction in coach Vic Fangio's new defense. After beginning camp fifth in the pecking order behind Von Miller, Bradley Chubb, Dekoda Watson and Justin Hollins, Holland was outplayed by undrafted free agents Malik Reed and Ahmad Gooden.

The Broncos received good news with the return of tight end Jake Butt. He practiced for the first time since July 20 as he recovers from his third ACL surgery. Butt, whose roster spot seemed in jeopardy, is in position to make the team if healthy following the season-ending knee injury to former Wyoming standout Austin Fort against the Seahawks.

Injuries are beginning to create concerns. Riddick exits two days after fullback Andy Janovich was lost for 6-8 weeks with a torn pectoral muscle. George Aston is the remaining healthy fullback on the roster. It creates interesting decisions for the team. The injuries are not necessarily long enough to warrant going on injured reserved for six weeks. However, that would mean keeping hurt players on the 53-man roster who would not be expected to play in the first two games. It also means that their potential replacements could get cut and have to pass through waivers to be re-signed to the practice squad or active roster.

That is three weeks away with many more wrinkles to surface and get ironed out.