The wait is over: Former Broncos safety Steve Atwater is a Hall of Famer 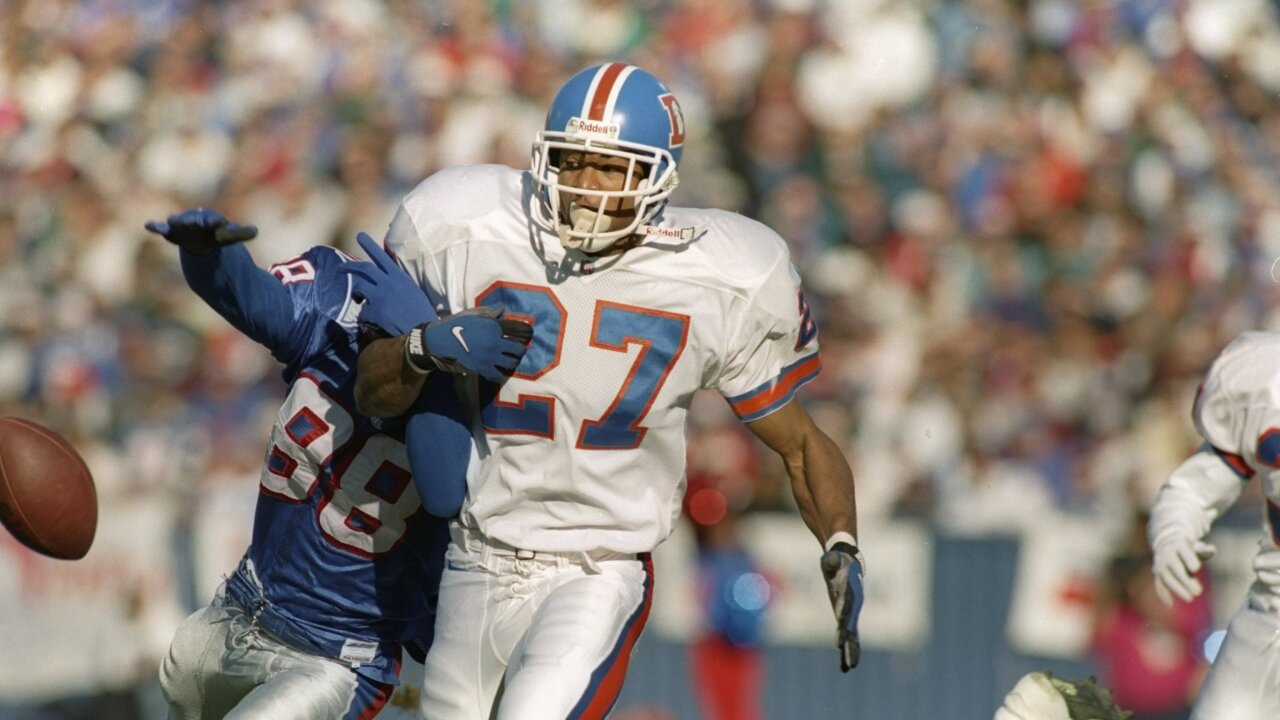 Al Bello/Getty Images
17 Nov 1996: Defensive back Steve Atwater of the Denver Broncos is stripped of the football by wide receiver Terry Glenn #88 of the New England Patriots after catching an interception during the Broncos 34-8 win at Foxboro Stadium in Foxboro, Massachusett

Steve Atwater can be forgiven for his apprehension. A year ago, he waited in his hotel room and received the knock, and was met with cruel disappointment.

“It was the maid,” Atwater told Denver7, shaking his head.

Saturday, the tap came on the door and opened to football immortality. David Baker, Hall of Fame president, informed the former Broncos hard-hitting safety he had received pro football’s highest honor. Atwater is headed to the Hall of Fame as a member of the 2020 class.

Atwater, who had been battling his emotions during the lead up to this announcement after his mother passed away three months ago, wept tears of joy. As a third-time finalist, Atwater had long been a qualified candidate, but remained overlooked because of the 48 voters historical reluctance to select safeties.

The numbers screamed of Atwater’s worthiness.

Prior to Saturday, 24 players in NFL history had started three Super Bowls and been selected to eight Pro Bowls, Atwater among them. Of those 24, 20 were in the Hall of Fame. Two will be first ballot locks: Tom Brady and Peyton Manning.

Another statistic hard to ignore. There were 66 position players named to the NFL’s All-Decade team in the 1970s, ’80s or ’90s. Of that group, Awater was one of three not in the Hall of Fame.

In other words, it was time. Or past time.

He had been ignored for too long. Atwater, humble and modest, defended his career to Denver7 last week after a season as working on a Friday “Broncos Minute” segment with the station.

His career, sometimes forgotten nationally, represented more than one thunderous hit on Kansas City running back Christian Okoye. That smash was the Cliffs Notes version of the two-time, first team All-Pro’s resume.

“A lot of people see that hit on Christian Okoye. They know about it, and that was absolutely the highlight of my career. A lot of times I don't think people remember that I was in the right place where I needed to be. I played good zone coverage, played good man-to-man coverage. I do think some of those receivers thought twice about coming across the middle," Atwater said with a smirk. "I have talked to some guys from other teams who said they kept their heads on a swivel when they played against us. We won back-to-back Super Bowls. People can judge, but I think I played well in both those games."

While Atwater received the knock, former Broncos and Buccaneers safety John Lynch did not make the Hall.

It’s an incredible honor to be a @ProFootballHOF finalist. I want to congratulate all of those that have been selected to this year’s class. I believe my time will come.....in God’s time. #Faithful - Let’s go win a Super Bowl!