The case for Broncos not taking quarterback with fifth overall pick 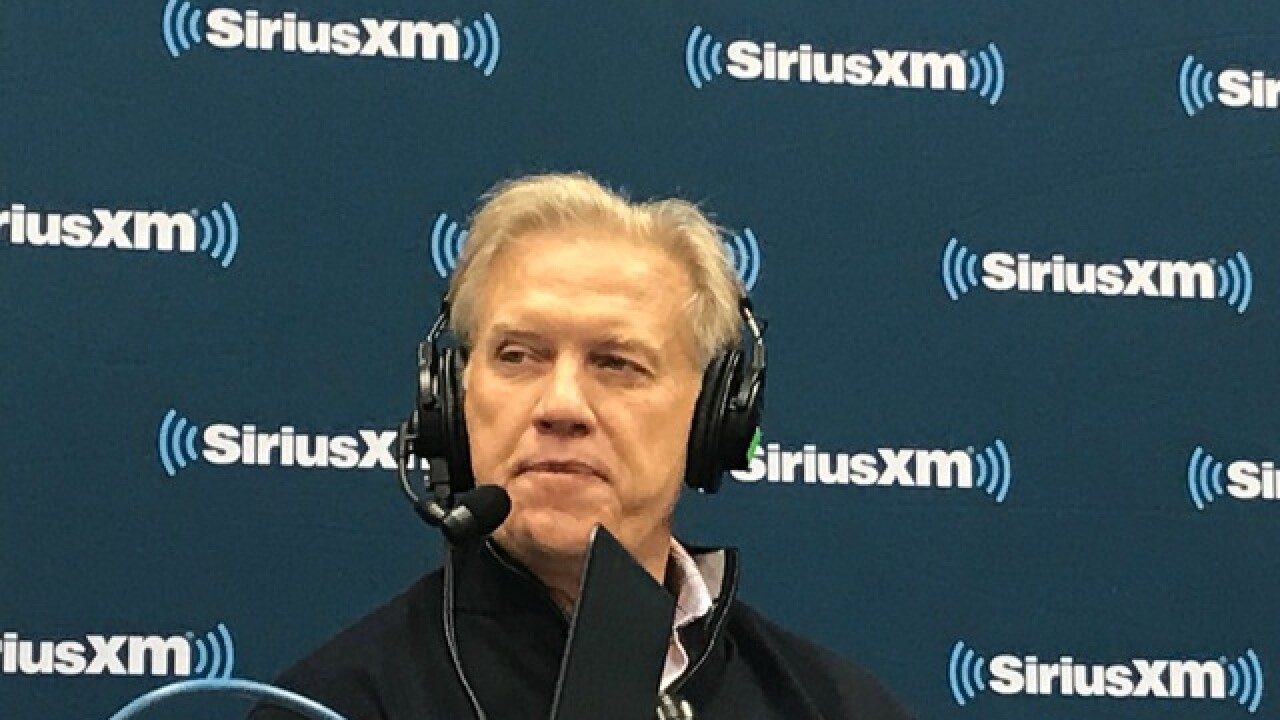 DENVER -- Talk of the Broncos landing their future quarterback can be intriguing, exhausting, and, perhaps, misleading.

While difficult for some to reconcile, believing every signal-caller in this draft is a winning Powerball ticket, the Broncos might go in a different direction with the fifth overall pick.

Multiple factors exist to suggest it remains possible. Let's start with the obvious. They signed Case Keenum to a two-year contract with $25 million guaranteed. He is the starter -- no more looking over his shoulder -- for the first time in his career. The Broncos believe he is hitting his stride after an eye-opening performance last year in Minnesota. Keenum's ability to protect the football and lead with attitude and edge made him the Broncos' choice, especially when he willingly agreed to a contract that provided Denver roster flexibility.

In addition, the Broncos continue to carry Paxton Lynch, who enters the make-or-break stage of his Denver career, and Chad Kelly, who used his redshirt year to drop 20 pounds and mature. As such, the Broncos can provide a compelling argument to stick with the current stable, and address another need.

The second looming factor? Much is made about general manager John Elway's philosophy to "win now and from now on." Generally, that has been true. However, the team's posture stiffened this offseason. The Broncos were humbled and angry after a 5-11 mess that included eight straight losses, one road win, and no victories in visiting AFC West stadiums. Elway admitted at the combine that, "Life's too short to rebuild in the NFL." While it makes sense for Elway to find the quarterback of the future, leaving Denver in a good place long after he retires, how will that help them win this season?

Remember, the Broncos are not a good team that suffered poor luck. They are 7-15 over their last 22 games and 2-10 in their last 12. They need better players. If the focus is to avoid back-to-back losing seasons for the first time since 1972, it becomes increasingly difficult to select a quarterback who will be holding a clipboard.

The counterpoint, of course, is the Broncos will not draft this high again anytime soon, thus should take an elite arm. The fallout from such a move? The Broncos must hit on this draft on almost every pick in a way they haven't in recent seasons.

But for the sake of this story, the Broncos will move away from quarterback. A look at potential selections with the fifth overall pick:

Bradley Chubb, North Carolina State: All he did was produce at N.C. State. His 58.5 tackles for loss reveal his relentless motor. He shows polish in pass-rushing moves uncommon for a college player. The Broncos finished with 33 sacks last year, ranking 22nd overall. Elway's most successful first picks have been on defense: Von Miller, Derek Wolfe, Sylvester Williams, Bradley Roby, and Shane Ray. Could Chubb join that group? Or will the New York Giants snatch him up with the second overall pick or trade that pick to Buffalo?

Denzel Ward, CB, Ohio State: He has been compared to Chris Harris Jr. That resonates in Denver where Harris has been among the team's most valuable players for years. Ward brings unique athleticism with quickness and a 39-inch vertical leap. He also profiles as someone who can play inside against slot receivers, which would free Harris to move outside (his preference to make more plays with Aqib Talib gone). Also, Roby can become a free agent after this season, meaning the Broncos could lose him.

Saquon Barkley, RB, Penn State: The Broncos want to run the football. They'd prefer it become their identity, allowing Keenum to operate in an environment similar to Minnesota. Barkley provides a home-run threat, and instantly gives Denver a much-needed playmaker. The idea he will be a four-down player is overstated. No team uses its starting running back regularly on special teams.

Derwin James, S, Florida State: He fought inconsistency and injury issues over his final two seasons. When healthy, he was a force. Some view him as the best defensive player in the draft. He can play in the box, and cover tight ends. This pick made a lot more sense before the Broncos acquired Su'a Cravens.

Quenton Nelson, G, Notre Dame: He is a mauler, a mover, a man determined to "break my opponent's will." Of the top 10 picks, I believe Nelson is the safest. And it is meant as a compliment. I have talked to multiple ex-NFL lineman about Nelson, and they see an All-Pro and multi-time Pro Bowler. The stigma of taking a guard fifth exists even though the game is being played more in the middle of the field and the players at this position are getting paid. My prediction is that Nelson lands in Chicago with his old college coach.

Minkah Fitzpatrick, CB/S, Alabama: Elway has no history of taking Alabama players. Could Fitzpatrick break that trend? He features versatility and intensity. He can cover in the slot and has the toughness to line up and bring the noise as a safety. You can never have enough good players in coverage in a pass-happy league.