The case for Broncos drafting Christian McCaffrey in first round 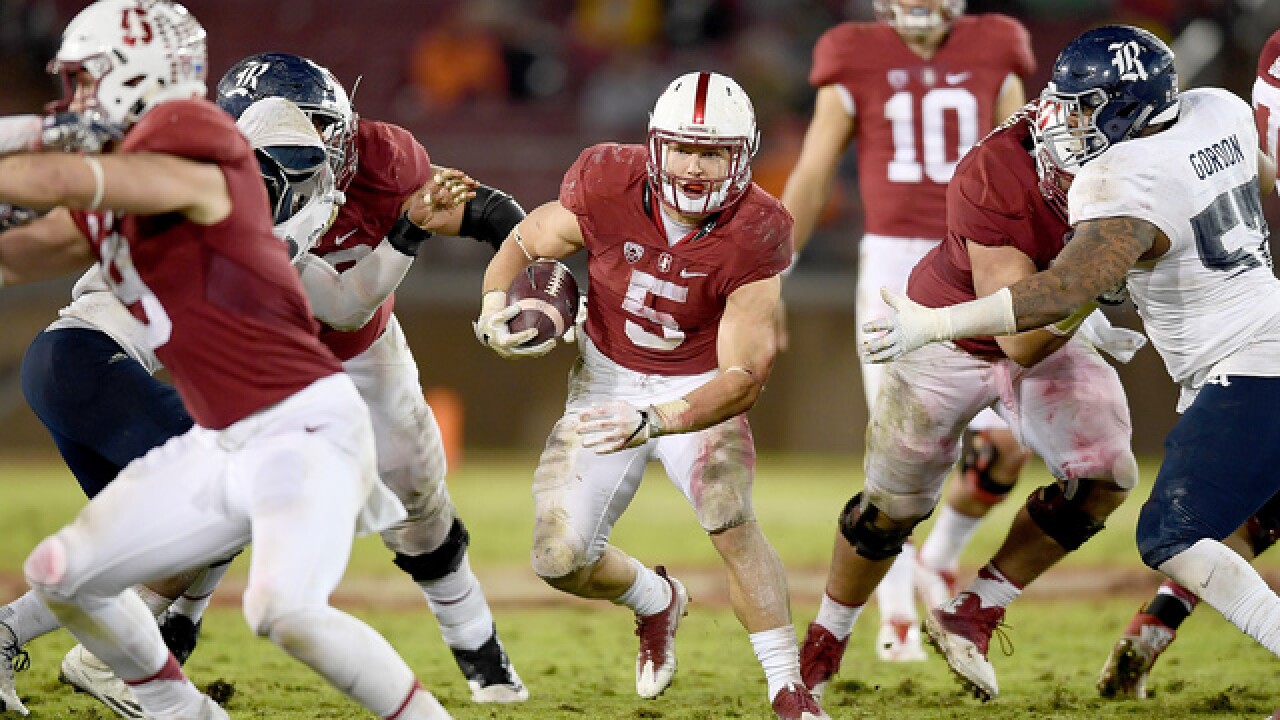 Copyright 2017 Scripps Media, Inc. All rights reserved. This material may not be published, broadcast, rewritten, or redistributed.
Thearon W. Henderson
<p>PALO ALTO, CA - NOVEMBER 26: Christian McCaffrey #5 of the Stanford Cardinal carries the ball against the Rice Owls in the third quarter of their NCAA football game at Stanford Stadium on November 26, 2016 in Palo Alto, California. (Photo by Thearon W. Henderson/Getty Images)</p>

DENVER -- The numbers make you squirm. The Broncos' Jordan Norwood posted a long punt return of 17 yards last season before losing his job to undrafted rookie Kalif Raymond. Denver failed to return a kick for a touchdown, or for more than 46 yards.

And the Broncos' slot receiver production spiraled, becoming an afterthought in the game plan. Norwood caught 43 passes for 439 yards and one touchdown over the past two seasons. When looking at red zone issues last year -- 24th in points -- the slot receivers and tight ends were ghosts in uniforms.

Why am I pouring Sea Breeze in this open wound? Simple. These numbers create a case for the Broncos drafting local star Christian McCaffrey. Before wandering into the future, let's look at the past. In new/old offensive coordinator Mike McCoy's last season in Denver, slot receiver Brandon Stokley finished with 45 receptions for 544 yards and five touchdowns in 2012.

McCoy has shown a willingness to adapt to his players' strengths. Which brings me back to McCaffrey. Take the local connection out of it. Yes, he is the best high school player I have ever seen in Colorado. He possesses quick feet that allow for startling stops and starts. I saw Cherry Creek's Darnell McDonald play in person and Chatfield's LenDale White on film, and with apologies to both, neither was McCaffrey. I covered his father, Ed McCaffrey, during the Broncos' back-to-back Super Bowl titles. Good guy. Total pro. This argument, however, is not based on familiarity or geography.

What makes McCaffrey a candidate for the 20th pick is his versatile, if not explosive, skillset. The former Stanford star is a Swiss Army knife, capable of returning kicks, punts, running the ball and lining up in the slot. He has worked with Stokley recently to sharpen his route-running skills. The Broncos don't need a running back at 20th overall. Or a slot receiver. Or even a special teams ace. But all three in one? Well, now you are talking.

McCaffrey is on the Broncos' radar, but the issue remains whether selecting him at 20th overall would be a reach. He projects as a late first-rounder, and if he falls there, would anyone be surprised if the New England Patriots snatched him?

The Broncos need an offensive identity. As McCoy emphasized to Denver7 on Tuesday, it starts upfront with the offensive line. I don't disagree. Good protection and a reliable running game would accelerate the development of Trevor Siemian and Paxton Lynch more than any practice or new coaching. But an offense needs a secret sauce. An X-factor. McCaffrey profiles as that type of weapon, complementing Emmanuel Sanders, Demaryius Thomas and C.J. Anderson.

A compelling case can be made for each. But if McCaffrey is available when the Broncos are on the clock, it requires them to pause and think.