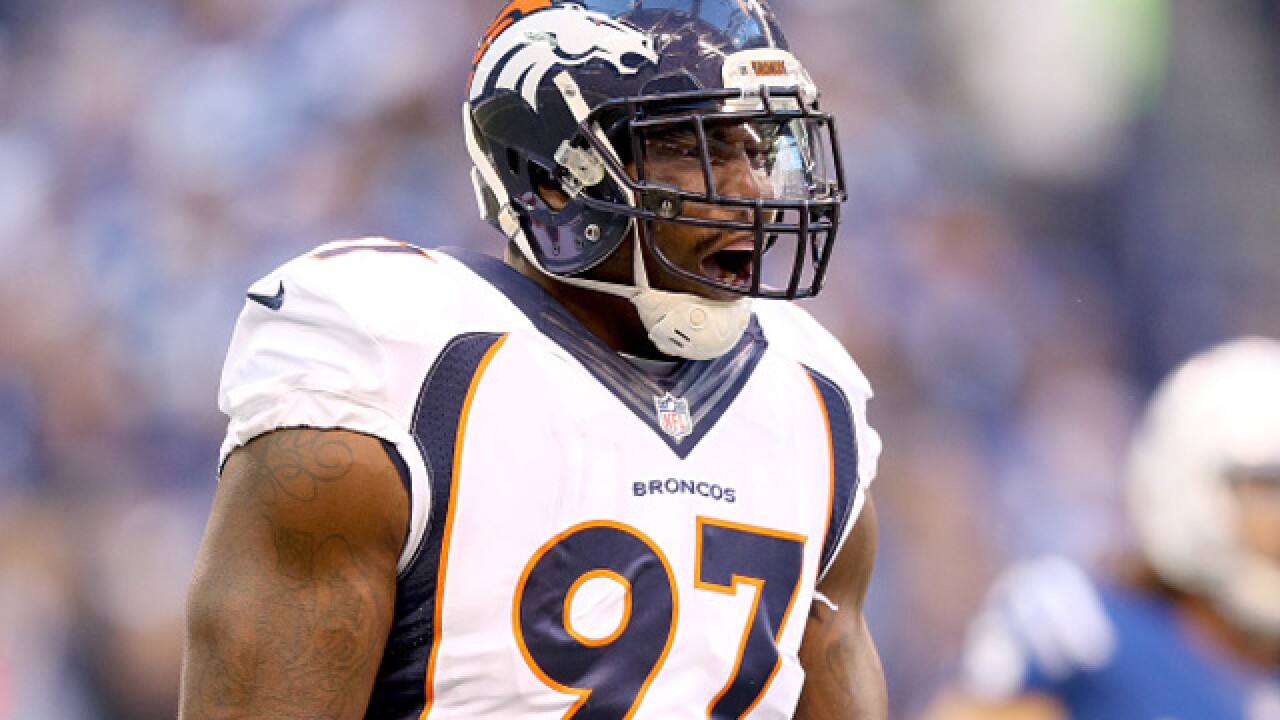 Andy Lyons
<p>INDIANAPOLIS, IN - NOVEMBER 08: Malik Jackson #97 of the Denver Broncos celebrates during the game against the Indianapolis Colts at Lucas Oil Stadium on November 8, 2015 in Indianapolis, Indiana. (Photo by Andy Lyons/Getty Images)</p>

The first free agency domino in Denver has fallen.

According to sources close to the situation, defensive end Malik Jackson will sign with the Jacksonville Jaguars Wednesday when the free agent market opens at 2 p.m.

The deal is 6 years for $85.5 million with $4.5 million in performance incentives that will take him to $90 million.

7Sports has also learned the guaranteed money is $42 million. Based on average annual salary it’ll make him the fourth highest-paid defensive player in the NFL, and second highest-paid at his position behind the Texans J.J. Watt.

What a time to be alive

The 26 year old was drafted in the fifth round of the 2012 NFL draft by the Broncos out of the University of Tennessee.

In 2015, Jackson had a banner year playing and starting in all 16 of the Broncos games for the first time in his career. He had 45 tackles, five sacks, 16 quarterback hits, 21 quarterback hurries, and seven pass deflections.

Broncos were in the mix to keep his services, so were Jack Del Rio's Raiders, and John Fox’s Bears, but in the end the Jaguars price was too good to pass up. Broncos General Manager John Elway now has to shift his focus to other pieces to try and keep the remainder of last seasons top rated defense in tact, which led to the franchises third world championship.

This is the biggest free agent deal in the NFL so far this off-season.