Siemian will start for Broncos vs. 49ers 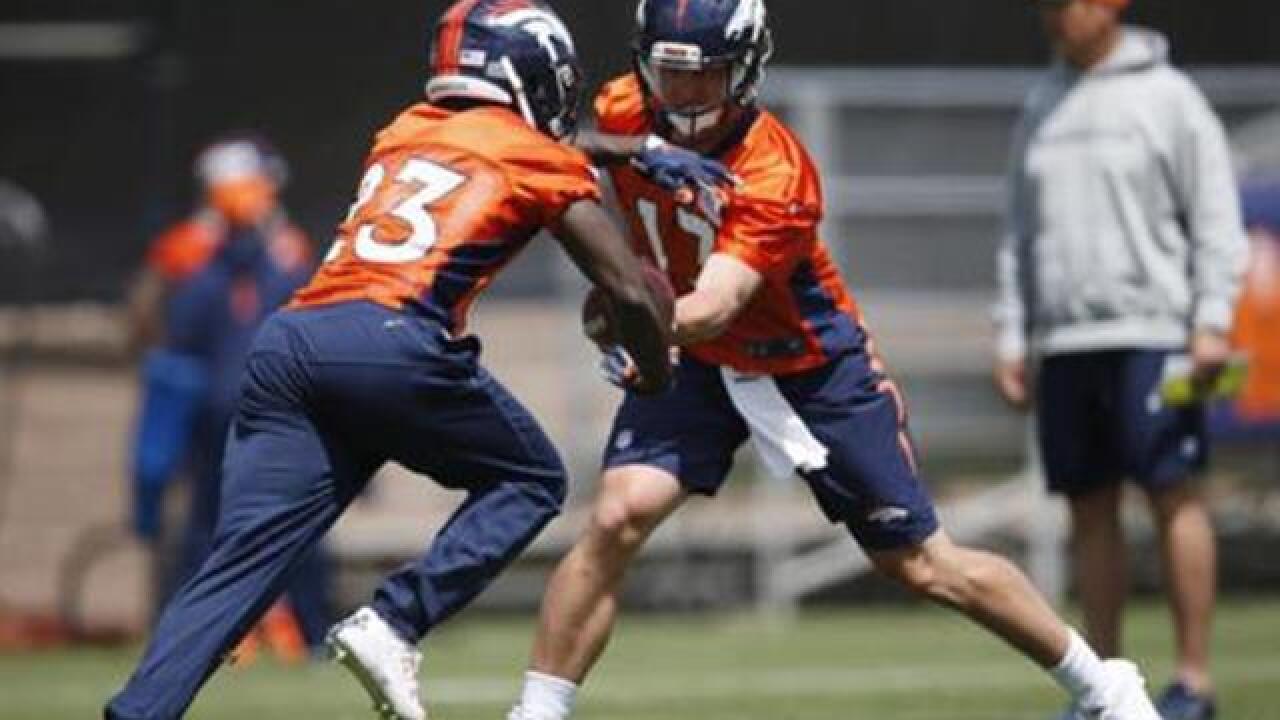 CENTENNIAL, Colo. -- If there was any doubt the Broncos quarterback competition remains open, coach Gary Kubiak removed it Thursday.

Trevor Siemian will start Saturday against the San Francisco 49ers at Sports Authority Field. He and Mark Sanchez are expected to play roughly 1.5 quarters -- it will be based on number of plays -- with rookie Paxton Lynch receiving the remaining amount.

Siemian, the former seventh-round pick who nearly gave up football after his senior in college, has a legitimate chance. There's no other interpretation.

"We've been splitting it right down the middle," Kubiak explained, making this game an extension of the evaluation process.

This week takes on an added sense of urgency. Typically teams use the third exhibition contest as a dress rehearsal for the season opener, leaving reserves to go in the finale. Given that history, Kubiak was asked if he would make a decision regarding the regular season starter after the 49ers game.

Sanchez completed 10 of 13 passes for 99 yards and a touchdown against the Bears in his start. He also went 4-for-4 on third down, converting three, including a 32-yard touchdown to Demaryius Thomas on the opening drive. Siemian countered with an 7-for-12 outing for 88 yards. Sanchez told Denver7 on Wednesday that he is good position to win the job.

"I think it’s been great. We are competing well against each other, we are pushing each other. And most importantly, we are rooting for each other. When we are not on the field you are rooting for the other guy to complete a pass, to convert the third down, to make the right check, and that’s the kind of relationship you want," Sanchez said.  "As far as me personally, I think I am right where I want to be, making good decisions and throwing the ball really well."

It stood to reason Siemian would get this opportunity since no player has clearly separated himself in Kubiak's view. Siemian has impressed teammates with his composure and knowledge of the offense.

"It's not going to make or break my day," said Siemian on Wednesday when asked about starting. "I think that I'll get a chance to get reps in whenever they come and I'll make the most of them."