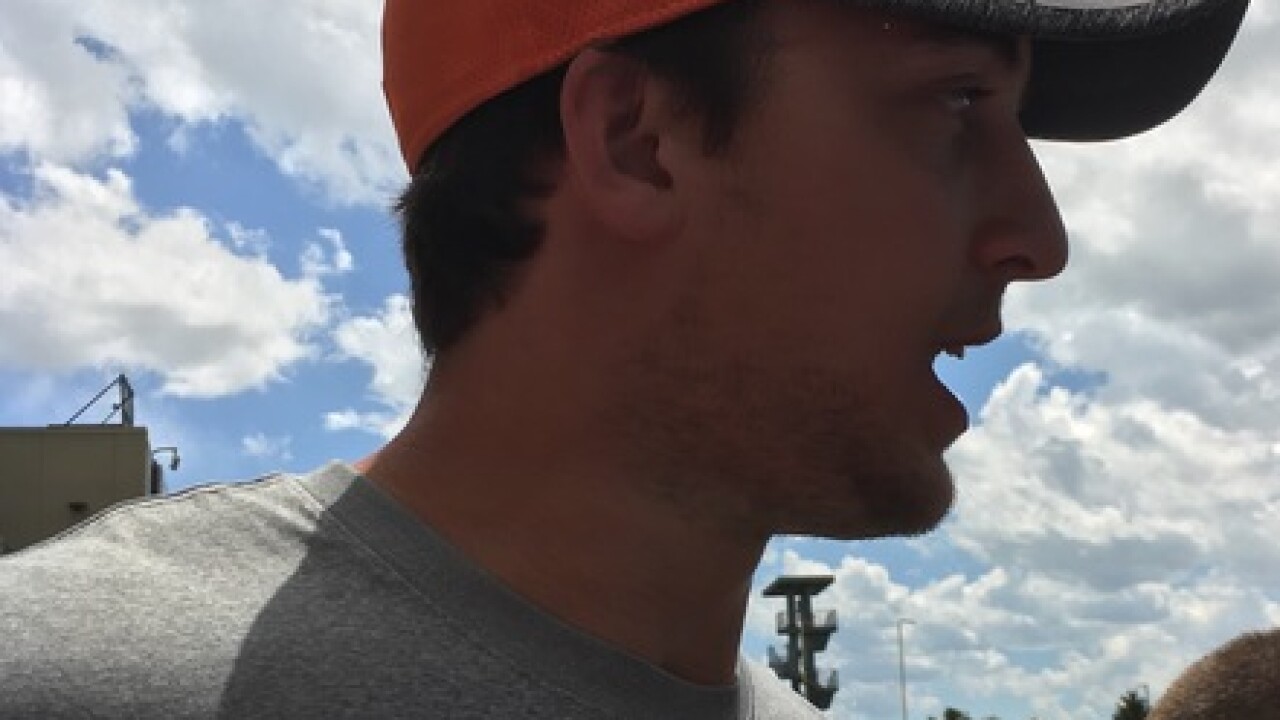 CENTENNIAL, Colo. -- Those hoping for clarity at quarterback with the Broncos first depth chart were disappointed Monday.

Coach Gary Kubiak listed veteran Mark Sanchez and second-year player Trevor Siemian as Co-No. 1s heading into Thursday's preseason opener at Chicago. The two have shared reps throughout the first 10 days of camp. There has not been enough separation to declare a winner or even place one ahead of the other in the rankings. Sanchez appeared to have the edge early on, but he has thrown multiple pick-sixes in practice. Siemian, meanwhile, delivered his strongest performance on Saturday. He fired two touchdowns in the red zone, drawing praise from Kubiak for his development.

Kubiak said he wants his quarterbacks to be aggressive, while still protecting the football. He has been working with Sanchez on making better decisions on extended plays as he looks down field. Rookie Paxton Lynch, who has had moments of brilliance and youth, is listed as third string.

At other positions of note, Michael Schofield, a 13-game regular season starter at right tackle last year, is listed as sharing the top spot at right guard with Ty Sambrailo. Sambrailo has not practiced in nearly a week because of a hyper-extended right elbow. Darrion Weems is listed at third at right guard after playing with the first team for three straight days. He's also second behind Donald Stephenson at right tackle.

Behind C.J. Anderson at running back featured a surprise: Ronnie Hillman and Devontae Booker are co-No. 2s. Kapri Bibbs is fourth on the depth chart. Virgil Green and Jeff Heuerman are co-No. 1s at tight end. Green has enjoyed a breakout camp as a receiving threat. Bennie Fowler and Cody Latimer are ranked as second-team behind Demaryius Thomas and Emmanuel Sanders. Jordan Taylor and Jordan Norwood are the third-team.

Finally, veteran Britton Colquitt remains ahead of rookie Riley Dixon in the punting competition. And same goes for Norwood on punt and kick return, as he sits in front of rookies Kalif Raymond and Bralon Addison.