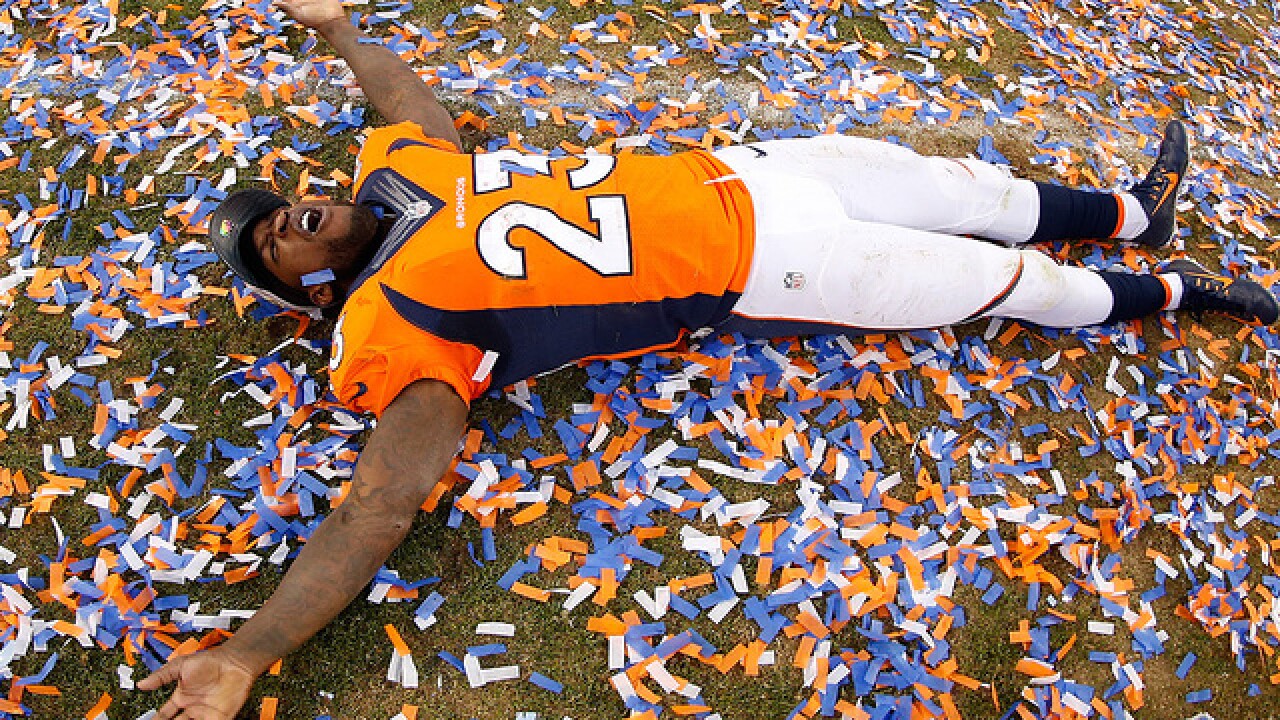 Ronnie Hillman is viewed as a “change of pace back.”

He’s one of those running backs whom fans and talking heads value for his ability to bust loose a long run for a touchdown.

“Paired with a hard-nosed runner, defenses are kept on their toes. You must have that change of pace back to have an effective offense,” they say ad nauseam.

In reality, they clutch so tightly to this notion, they turn into Linus from “Peanuts” with his blue blankie.

Hillman is a change of pace running back for the Denver Broncos, all right. But not the right kind of pace. He kills drives and sets his team back four yards when he gets a carry on first down. More often than not, those carries come inside the 10-yard line.

With reports the last few days that John Elway and the Broncos have exchanged contract proposals with Hillman, in the brilliant words of Michael Scott from “The Office:” “No, God. No, God, please no. No. No. Noooooooooo!”

He's done nothing over the course of his career to warrant this. When people think about Hillman, they remember the fumble in Indianapolis in 2013. They remember him when he quit on the fumble in the AFC title game against New England that could have turned the game around. They remember how he kills drives 99.9999 percent of the time.

Hillman is a lot like Trindon Holliday, the former kickoff and punt returner for the Broncos.

He can bust one loose for a touchdown at any point, but only does so 1-of-100 times. It's not worth all of the other stuff they do – or fail to do.

I can hear it now from fans: “Well, Hillman was the best running back for the team last year. He led them in rushing and did have nice games.”

That's like being the best actor on "The Walking Dead.” In that case, you get points just for remembering your lines. Your contribution doesn’t matter overall. The show goes on without you and people wouldn’t even notice your character is gone.

With Hillman, since he was drafted by Denver, it would have been better to have a zombie back there. At least it wouldn’t be so hesitant and indecisive when it gets a hand-off.

Anderson is now the man when it comes to the Broncos backfield. With the contract he just got – four years, $18 million – the time of him tapping his helmet after a long run is over. Anderson needs to average 25 carries per game in the 2016 season.

For that to happen, he needs to get in better shape. Anderson should lock himself in the weight room with Broncos defensive end Derek Wolfe, and he’ll get in shape in no time. When Anderson improves his fitness, that also improves the likelihood he stays healthier.

That also lessens any need to re-sign Hillman. It just makes no sense.

Select a running back in the NFL Draft or sign an undrafted free agent, then allow him, Thompson and Bibbs to compete for the spot behind Anderson.

No doubt Hillman had a fine season. He finished with 207 carries for 863 yards and seven touchdowns. Yet aside from him giving up on that fumble against the Patriots in the AFC title game, he had no impact in the playoffs.
In the Super Bowl run, the Broncos put the focus on Anderson, and he delivered. Hence the contract he got. Now it’s time for him to become the bell cow back for Denver.

The Broncos must take a cue from what they did in the playoffs: move on from Hillman.

Elway, the front office and coaches know what Hillman offers them. He’s a “meh” running back and nothing more than that.

Denver thought it had a “change of pace” back when it drafted him in the third round in 2012. The Broncos were hopeful he could turn into Marshall Faulk or a similar type of player to the Hall of Famer.

Yeah, not so much.

People are so enamored with the change of pace back and what that means for the Denver offense. For some reason, they still think that guy is Hillman despite evidence to the contrary. They clutch so tightly to the hope it is Hillman that it’s cut off all ability to think about this in a rational way. Loosen up the grip and let the blood flow. Allow the truth to seep in.

When you do, you’ll see the only change of pace Hillman offers the Broncos is when he kills drives.