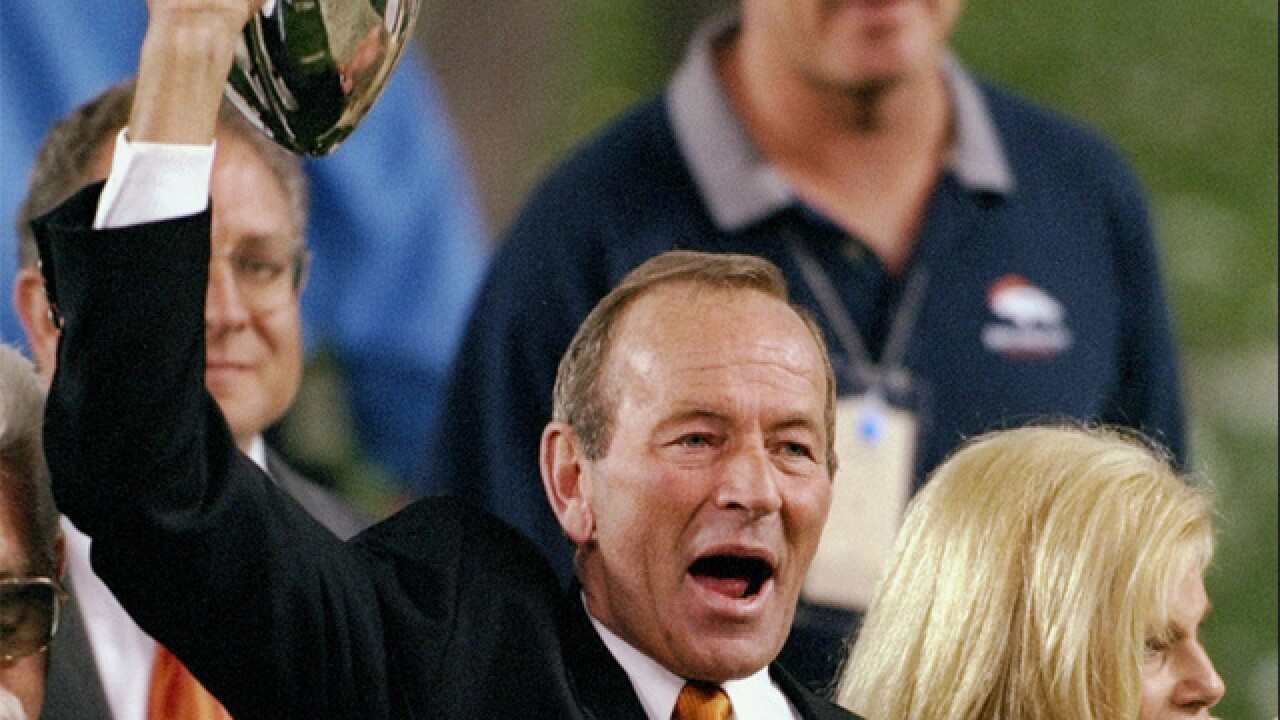 DENVER — The Broncos became a topic during Super Bowl week, but not in way they are accustomed. Denver has appeared in eight Super Bowls. Wednesday, commissioner Roger Goodell was asked about the Broncos ownership drama, which includes multiple children expressing desires to own the team and a lawsuit from owner Pat Bowlen's brother Bill Bowlen, who wants the trust abolished, while the Broncos have requested the NFL arbitrate the issue.

"As you know, this is an ongoing dispute. It is one that our office and myself in particular may be involved with, so I am limited in how much I can say at this time," said Goodell at his annual Super Bowl press conference. "I guess I'd say in the short term, that it's sad when disputes like this occur. It's not something I think Pat Bowlen, who I knew very well, would have wanted. The Broncos meant a great deal to him and his family."

Long before stepping away from daily operations in 2014 because of Alzheimer's, Pat Bowlen appointed a trust to execute a succession plan to choose the most qualified of the seven children from two separate marriages. Last spring, Beth Bowlen Wallace went public with her desire to own the team. The trust -- it's a three-person group of Joe Ellis, Rich Slivka and Mary Kelly -- responded with a statement saying Wallace "was not capable or qualified at this time." In October, Brittany Bowlen, considered the favorite of the trust because of her educational background and her stint working in the NFL office, went public with here interest in running the Broncos.

"Right now my father (Pat Bowlen) is the owner, but unfortunately he can't be there day-to-day. I do have ambition to one day become the controlling owner of the Denver Broncos," said Brittany Bowlen, 29. "I have that ambition and I will keep working toward that goal."

Another wrinkle emerged recently when Bill Bowlen, who sold his ownership stake, filed a lawsuit, asking a judge to remove the three trustees. The Broncos responded, revealing their desire to the court to have the NFL arbitrate the issue, which Goodell referred to in his response.

"I think this week," said Goodell, "the best thing we can do is focus on Pat and his contributions and his candidacy to become a new member of the Hall of Fame."

This is the backdrop as Bowlen remains a finalist for the NFL Hall of Fame after overseeing the Broncos' 18 playoff berths, 12 division titles and three Super Bowl titles since purchasing the team in 1984. The selection committee meets Saturday, on the eve of the Super Bowl 53, with Bowlen and the finalists, including Champ Bailey, John Lynch and Steve Atwater, requiring 80 percent for election. Bowlen and Bailey are considered strong favorites to earn induction.

“I completely agree with the commissioner on this. There is no place for my actions with the trustees in this weekend," Bill Bowlen said in a statement. "This weekend is about Pat’s contribution to the NFL. It’s a time for his family to hopefully celebrate his accomplishments.”