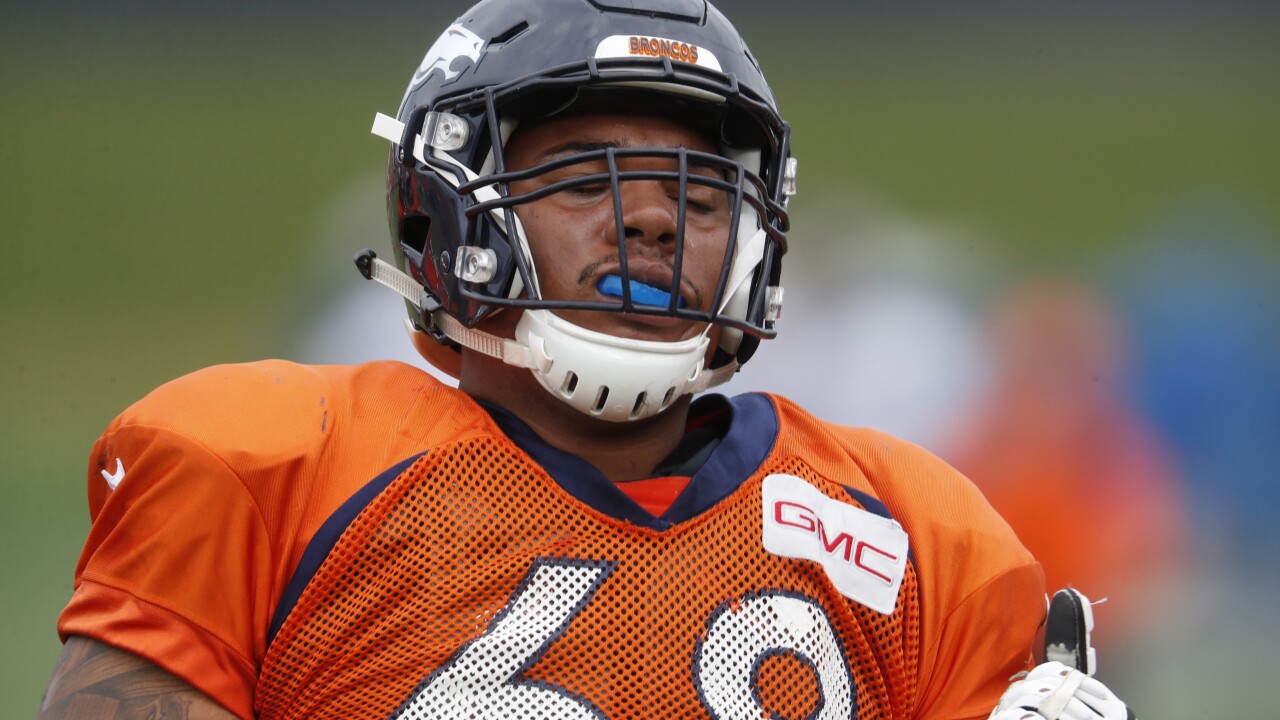 DENVER — Plagued by ineffectiveness, Elijah Wilkinson now finds himself dealing with an injury.

The Broncos starting right tackle was diagnosed with a shin fracture following the loss to Tampa Bay, which will sideline him at least a month. Wilkinson played all 63 snaps last Sunday, but coach Vic Fangio said on 850 KOA this morning that Wilkinson will be placed on injured reserve.

It has been a rough season for Wilkinson. He underwent offseason ankle/foot surgery, and was declared healthy as the team resumed full team workouts in training camp. However, he did not look like himself in practice, routinely struggling to block Von Miller and Bradley Chubb. Those issues continued into the season. On a line that became porous following Drew Lock's exit, Wilkinson became a target for rushers. The Broncos have allowed 13 sacks the past two games, including 11 on Jeff Driskel, fourth most of any quarterback in the NFL.

With Wilkinson sidelined, veteran Demar Dotson moves into the starting lineup. The Broncos added Dotson this summer after starting right tackle Ja'Wuan James opted out of the season because of COVID-19 concerns. Dotson, who turns 35 on Oct. 11, is considered a decent pass blocker. He is a big man even by NFL standards, listed at 6-foot-9, 315 pounds. Dotson a former college hoops player, has started 106 games in his career, all for Tampa Bay.

Fangio said on his radio appearance that he has made a decision on Thursday's starting quarterback between Driskel and Rypien -- my belief is Rypien has the slight edge -- but wants to meet with team before making his choice public. There remains hope that Lock could return for the Patriots game, though Oct. 18 vs. Miami is more realistic. Nothing is certain, however, until Lock resumes throwing and tests his right rotator cuff strain.

Wilkinson joins an injured list that includes starters Von Miller, Jurrell Casey, Courtland Sutton , Lock, A.J. Bouye and Phillip Lindsay, who is trending toward playing on Thursday after missing the past two and a half games with a turf toe injury.