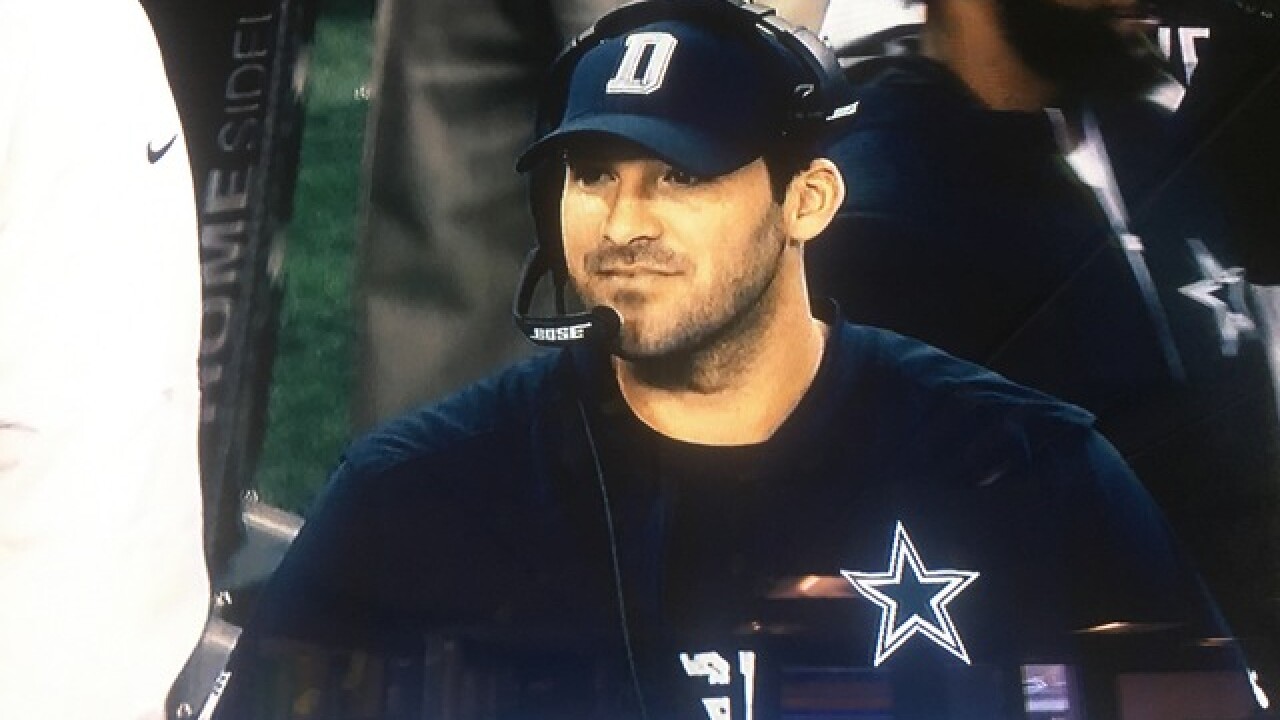 DENVER -- Weighing health and age against limited opportunities, Tony Romo will walk away from football to pursue a career in broadcasting.

It ends a three-week Romo-coaster ride that featured odd starts, stops and a soft market, all factors that influenced his decision. Romo, who turns 37 this month, appeared in five games over the past two seasons because of multiple collarbone injuries and a broken back. He lost his starting job to rookie Dak Prescott, and stepped aside in an emotional press conference last season.

Another is on the way as the Cowboys' all-time leader in passing yards and touchdowns prepares to walk away and become the lead NFL analyst with CBS, paired with Jim Nantz, the Sports Business Journal reports. Tuesday, the Cowboys submitted paperwork to the league regarding Romo, designating him a post June 1 release.

"I guess it's time to start dressing up," tweeted Romo, pointing to a suit jacket adorned with the CBS logo.

For the Broncos, this news comes as little shock. They were never trading for Romo. Their interest was predicated on the veteran becoming a free agent, and even then, it was waning because of health concerns. If Romo hit the market, the Broncos could negotiate a contract with a base salary in the $5 million range with incentives based on games played. Romo had a $14 million salary this season with Dallas, making a dramatic paycut less than desirable.

Houston, the slight favorite for his services after trading bust Brock Osweiler to Cleveland, was reportedly offering a similarly low base income. Romo's decision allows Dallas to spread out its cap hit. He would count $10.7 million in 2017 and $8.9 million in 2018.

"Obviously, Houston was at the top of the list of teams I looked at," Romo said on a conference call.

Last week, the Broncos talked confidently about their belief in starter Trevor Siemian and former first-round pick Paxton Lynch. They are set to vie for the No. 1 job in an open derby beginning this month as offseason workouts begin on April 10.

"I will say this, I am growing more comfortable with our young guys. They are both so different," Broncos coach Vance Joseph said. "Trevor is a guy that plays the game with great awareness. He’s good with the football. He can really throw the football. He throws the ball really well. Paxton is a young guy with great upside. He’s tall, he’s long and he can make plays with his legs. Playing quarterback in this league is about decision making. That is important. They both have to learn that part of playing the game. If they do that, we’re going to win football games. It’s going to be a great competition in the spring and the fall, and the best man wins.”

Siemian continues on track following January shoulder surgery on his non-throwing left shoulder. He will likely be limited this month, but there appears nothing that would prevent him from being ready as the summer and training camp grow closer. Lynch, who arrived in Denver this week from Orlando to acclimate to the altitude, is looking to take a big step forward in his second season after experiencing a grueling learning curve as a rookie.

For Romo, the Broncos, at times this offseason, appeared to represent a potential finishing spot in a place where he nearly started his career. Former Denver coach Mike Shanahan, using his Eastern Illinois ties, attempted to sign Romo as an undrafted free agent in 2003. In the end, Romo chose Dallas, and after nearly three years on the bench, became an all-time great for the Cowboys. He walks away after multiple injuries and his wife expecting the couple's third child. There is always the possibility he could play again, but that does not appear likely at this time.

The Broncos, in truth, needed resolution. Last year under similar circumstances, the Broncos walked away from Colin Kaepernick the Monday before the draft after he talked directly with general manager John Elway twice. The Broncos kept their options open because of an organizational philosophy to "never rule anything out." But they appeared to be leaning toward their in-house options last week.

"Like we’ve said, we really feel good about the two young ones that we have. Trevor did a good job for us last year and Paxton was young. The plan is to stay the course there and see what’s available in the draft. So we’ll go from there. We like both," Elway said last week. "Paxton was a first-rounder last year for a reason. Then Trevor came in and played very well. It will be a great competition between them in the spring.”

And it will not involve Romo. He provided clarity on Tuesday, choosing Door No. 3. No Texans, no Broncos, but rather a potential career in broadcasting.