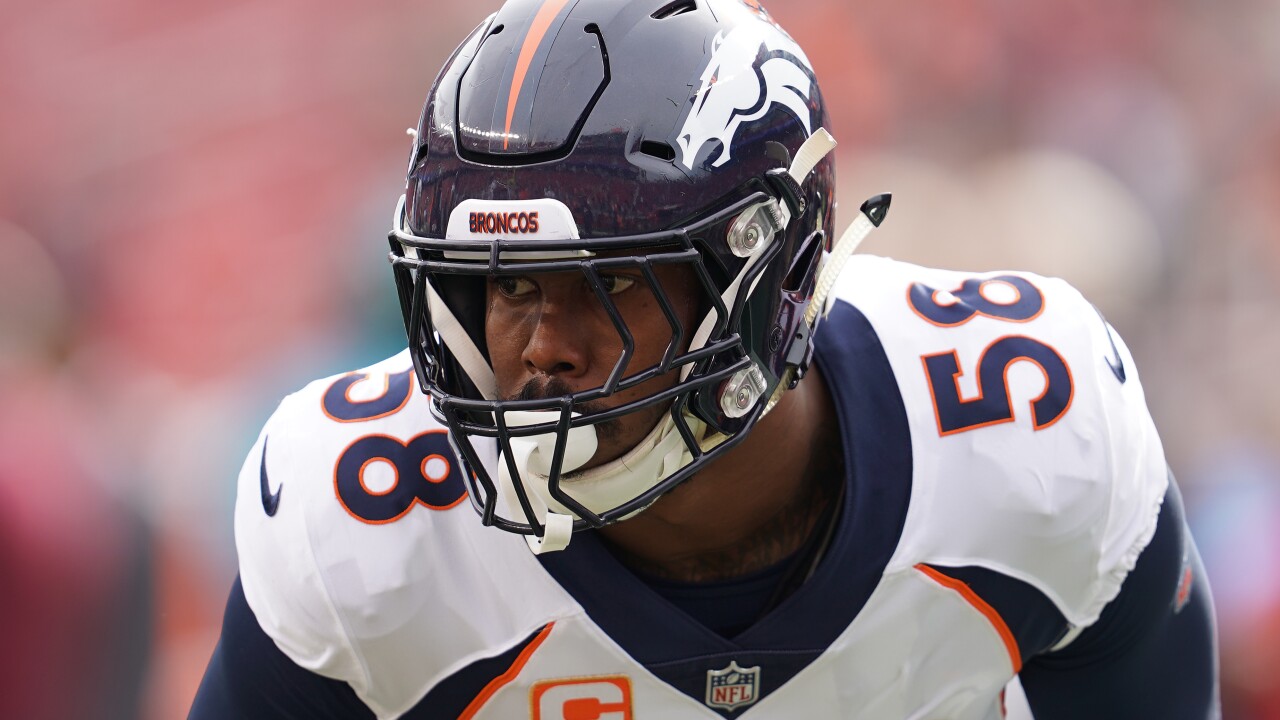 Miller is resting comfortably at his home in Colorado and in good spirits as he navigates the illness. He was tested this week after not feeling well. People familiar with his situation credit Miller for meeting with team doctors quickly after symptoms surfaced. Miller made the decision to come forward and reveal his illness. A person who has spoken with Miller told Denver7 the All-Pro linebacker wanted people to know the virus doesn't discriminate and that he hopes to help others by being transparent.

NFL star and Super Bowl 50 MVP Von Miller has a confirmed case of COVID-19, his agent @JobyBranion of @VanguardSG tells me. The #Broncos star is at home resting and in good spirits. He plans to speak publicly tomorrow.

Miller has battled asthma and allergies since he was a child, which is part of the reason he consulted with Broncos doctors once he started feeling unwell.

Always concerned and praying for anyone who has contracted coronavirus. With #Broncos @VonMiller, he has battled asthma and allergies since he was a kid. This is something to consider as he navigates this illness. Praying for him to recovery quickly. #Denver7

The Broncos confirmed Miller’s positive test Thursday afternoon in a statement and said he is doing well and is the first member of the Broncos organization known to have tested positive for the virus.

"After experiencing flu-like symptoms, Denver Broncos linebacker Von Miller has tested positive for COVID-19. Von has elected to share his diagnosis publicly to emphasize that anyone can be afflicted with coronavirus.

"Von is doing well and recovering at home in self-isolation. He remains under the care of team doctors, who are following all coronavirus treatment procedures to ensure a safe environment for Von and our community.

"Von is the first member of the Broncos' organization known to have tested positive for COVID-19."