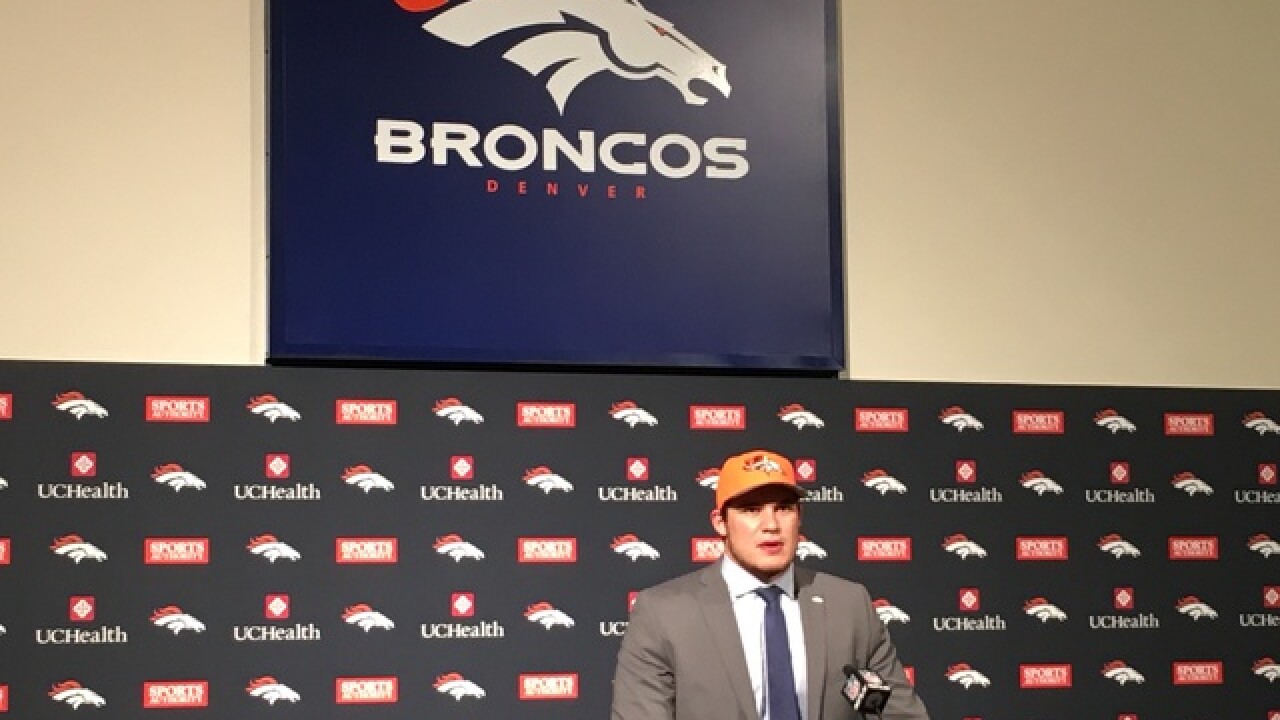 "'After careful and thorough investigation, The Fulton County District Attorney's Office has decided not to proceed with the case against Mr. Adam Gotsis," District Attorney Paul L. Howard Jr. said, "My office understands the sensitivity and significance of these investigations, but the evidence presented does not warrant any further action in this case."

Attorney Manny Arora, Gotsis' attorney, told Denver7 that no charges will be brought. Gotsis spoke to the media Wednesday for the first time since he was under investigation for the alleged 2013 felony rape, calling it a "relief."

"I am just relieved it's been taken care of. I had faith in the legal system. I have faith in the Lord, and my family and friends," Gotsis said. "I had great support from everyone around me. I am just glad it's over with and I can focus on football now."

The DA's office indicated it would decide whether to pursue the case in 90 days. It exceeded the limit, leaving Gotsis' availability for the season in doubt. He could still face league discipline, but today's announcement makes it far less likely.

"It was frustrating at times. It's harder when you are alone and not in the building," Gotsis said. "When you are in the building, you are so caught up in football. It was more when I was alone thinking about it. That's what you've got friends and family for."

The last several months created anxiety because of the stakes involved, Arora told Denver7. Had Gotsis been indicted, he faced the possibility of being cut from the team and potentially deported. He cooperated throughout the investigation, according to Arora. Gotsis and Arora appreciated the support of the Broncos.

"They stood by him," Arora said.

Gotsis, 25, was arrested in March, posted a $50,000 bond and was released the same day he was taken into custody, court documents read. The arrest followed a Feb. 1 meeting between a 30-year-old woman and a police investigator at the Atlanta police headquarters.

The woman claimed she met Gotsis through a mutual friend and went to a party with him on March 9, 2013. She told the investigator that after the party, Gotsis took her to his home where he raped her, according to a statement from an Atlanta Police Department spokesperson.

Attorney Sara Becker, who works with Arora, called the allegations false in March.

"Although the incident in question allegedly occurred more than five years ago, Adam first learned of these shocking accusations last month. We immediately reached out to law enforcement and have proactively cooperated with all aspects of the investigation while maintaining communication with the team. While we were disappointed to learn of the turn the investigation was taking, we steadfastly maintain that the allegations are false. We will continue to advocate strongly for Adam's innocence.”

Gotsis has continued practicing with the team throughout the offseason and training camp. He emerged as a key contributor in his second season, posting a career-high 41 tackles with two sacks.

The Australian-born player was the 63rd overall pick in the 2016 draft, taken by the Broncos in the second round. He was considered a slight risk as he was coming off ACL knee surgery and had limited football experience, having grown up in Australia playing Australian Rules Football. He rebounded last season because of added strength and improved health.