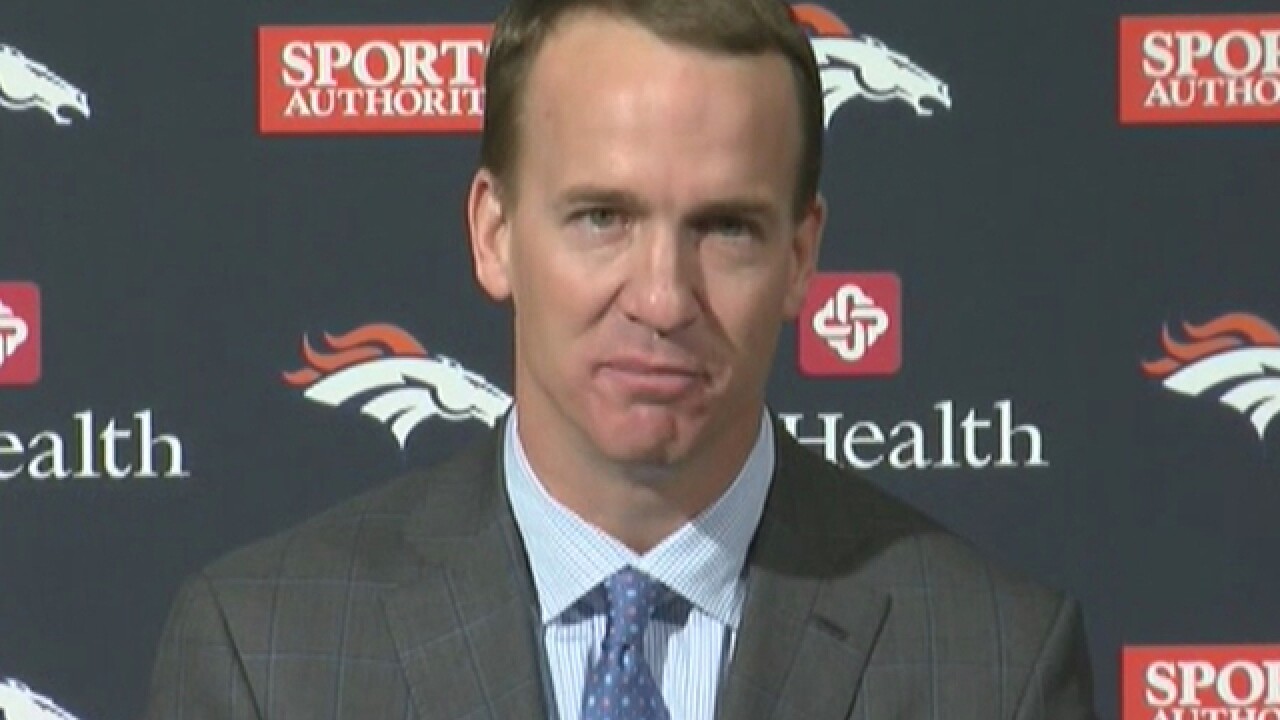 DENVER -- Former Denver Broncos quarterback Peyton Manning has been cleared of allegations that he used Human Growth Hormone (HGH) or any other performance enhancing drug, the NFL announced Monday.

The NFL started an investigation after the Al Jazeera TV network reported last December that Manning's wife received deliveries of HGH in 2011, which is banned by the league. Peyton Manning, then with the Colts, was rehabbing from shoulder surgeries.

"The investigation involved witness interviews, a review of relevant records and other materials, online research, and laboratory analysis and review," NFL officials announced in a release.

"It’s completely fabricated; complete trash, garbage," Manning said. "The allegation that I would do something like that is complete garbage and is totally made up. It never happened. Never."

The source for the Al Jazeera report recanted their story. Al Jazeera has since shut down its television operations in America.

ESPN's Adam Schefter first reported that both Mannings, Peyton and his wife, fully cooperated in the NFL investigation and were both cleared.

Investigation is continuing into other players.