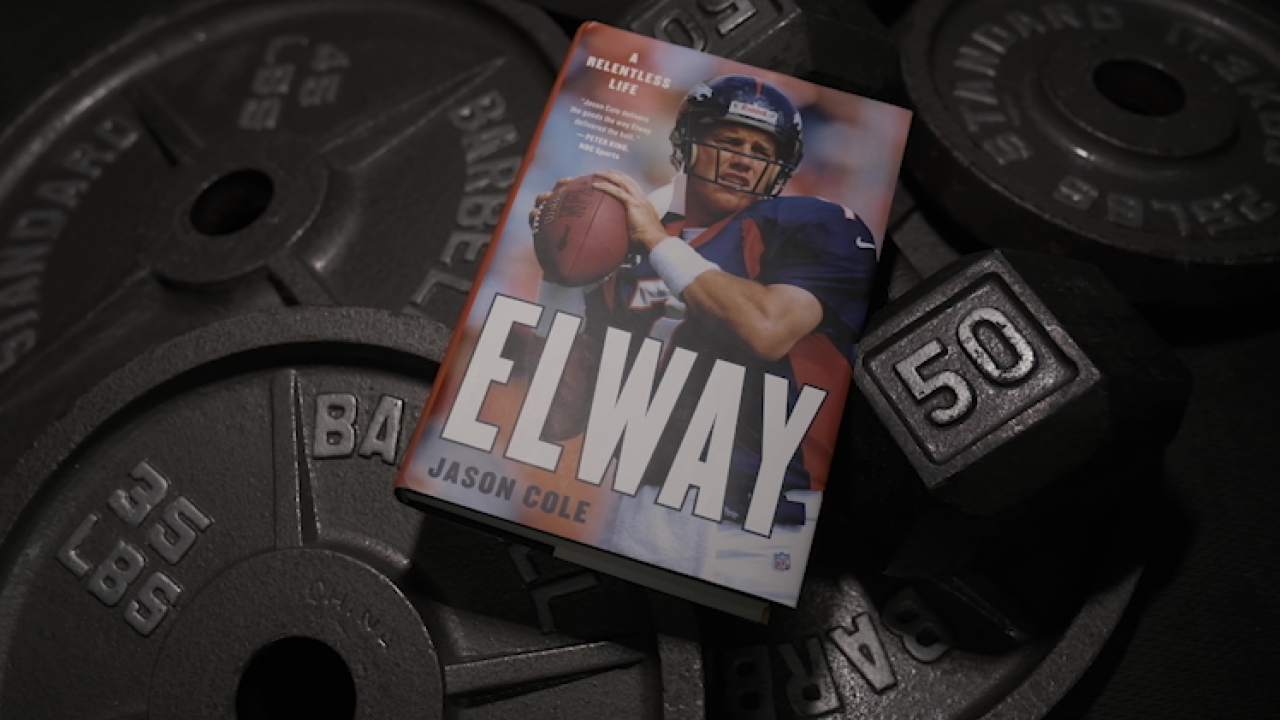 It seems fitting that the unauthorized biography of John Elway took that long to complete, since it’s the number he wore and made famous in Denver.

“I talked to over 200 people. The full research probably took two and a half years,” Cole told Denver7.

The book, titled "Elway: A Relentless Life,” was released in September, and chronicles the quarterback’s life from childhood to present day.

One chapter is dedicated to Elway the baseball player, including a high school championship game where he pitched to future major leaguer Daryl Strawberry. Another chronicles how he ended up at Stanford, and how he once cut a wide receiver’s finger down to the bone with a hard pass.

Cole dedicated two chapters to the trade that would eventually make Elway a Bronco.

“The story behind that trade is so intriguing,” he said.

The author weaves together each team’s pursuits of the number one football prospect at the time, including the Raiders, the Chargers, and several other teams. It also credits the Broncos owner at the time with having the idea and finally making the trade for the number one pick happen.

“Lots of people don’t remember things like who the owner of the Broncos was when John Elway got traded to the Broncos. They don’t know it was Edgar Kaiser they assume it was Pat Bowlen,” Cole said.

Bowlen would take ownership of the team shortly after.

Cole goes on to write about Elway’s career with the Broncos, including "The Drive" and Elway’s two Super Bowl titles. He also lightheartedly credited Elway with making two NFL teams move locations, since it was Elway who was refused to play for the Baltimore Colts (who later moved) and broke the hearts of Cleveland with "The Drive" (who also later moved).

“And Elway is the key to both death knells in this situation,” Cole said.

Just as Elway himself did, the book then dives into the management side of things. Stories include Elway’s foray into ownership of an arena league team, and how he was hired by then-owner Pat Bowlen to take a leadership role with the Broncos.

“I think the biggest thing for him was ‘I’m gonna prove to all these people that I mean this and this is important to me’ and this was the second act of his life,” Cole said in an interview with Denver7.

There is a chapter about "Tebow-mania" in Denver.

According to Cole, Elway wanted Tebow to become a franchise quarterback, but cited an unnamed Broncos employee who called Tebow "the most self-centered humble guy I’ve ever met."

Another line in the book about Tebow, a teammate had said “He has no idea what’s going on out there. If the first read doesn’t work, he’s just making it up.”

“Peyton Manning is a giant life preserver,” Cole told Denver7, when speaking about who Elway would replace Tebow with.

The book dives into the details of the story and how Elway decided to "slow-play" Manning and not try to force a decision too early.

For all it’s detail, there are two things the book does not do. It doesn’t quote Elway, aside from quotes from prior media coverage, since Elway did not want to participate. It also does not have a definitive ending, since Elway is still at the helm of the Broncos.

“A lot of things are still to be figured out, but you know what John Elway is and what he’s accomplished to this day and what it took him to accomplish those things,” Cole said.