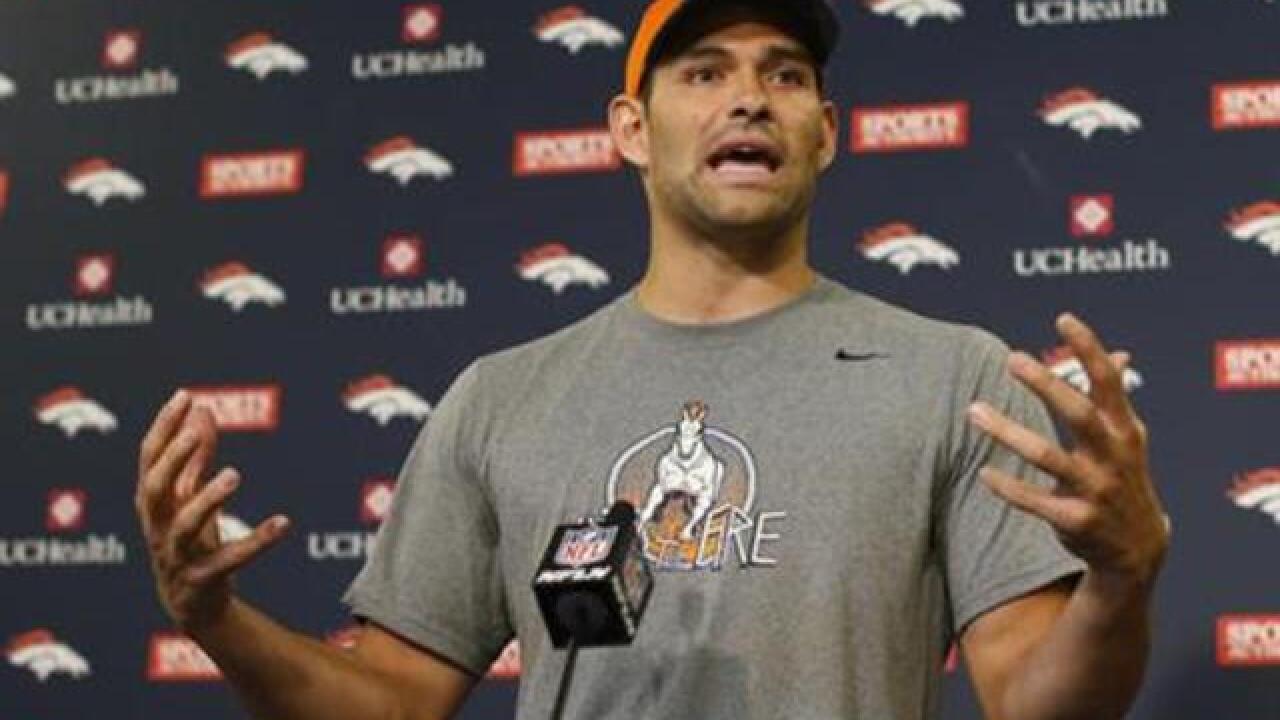 CENTENNIAL, Colo. -- What all signs screamed Tuesday morning were confirmed this afternoon. The Broncos named Mark Sanchez the starter for the preseason opener Thursday at Chicago.

Sanchez took all first-team reps in Tuesday's practice with Siemian working with the second team. The plan calls for Sanchez to play the first quarter with Siemian going until halftime. Rookie Paxton Lynch, by design, will play the second half.

Sanchez has not started a season opener since 2012 for the New York Jets. This provides his first opportunity to gain separation in the quarterback derby. Sanchez began training camp slightly ahead of Siemian, but has made critical turnovers, throwing three pick sixes to cornerbacks Lorenzo Doss and Bradley Roby (twice). Kubiak has been working with Sanchez to make better decisions when plays are extended. Sanchez made his best throw of camp on Tuesday, completing a long touchdown down the right sideline to receiver Demaryius Thomas.

Siemian made up ground in the race by stringing together three solid practices. He excelled in the red zone recently, including strikes in tight windows to Thomas. Both remain confident they can win the job. Kubiak has indicated that the games will be important in the evaluation.

The Broncos are the first defending champion since the 2000 Baltimore Ravens to lose the top two quarterbacks off their roster. Peyton Manning retired and Brock Osweiler signed a four-year, $72-million free agent deal with the Houston Texans.