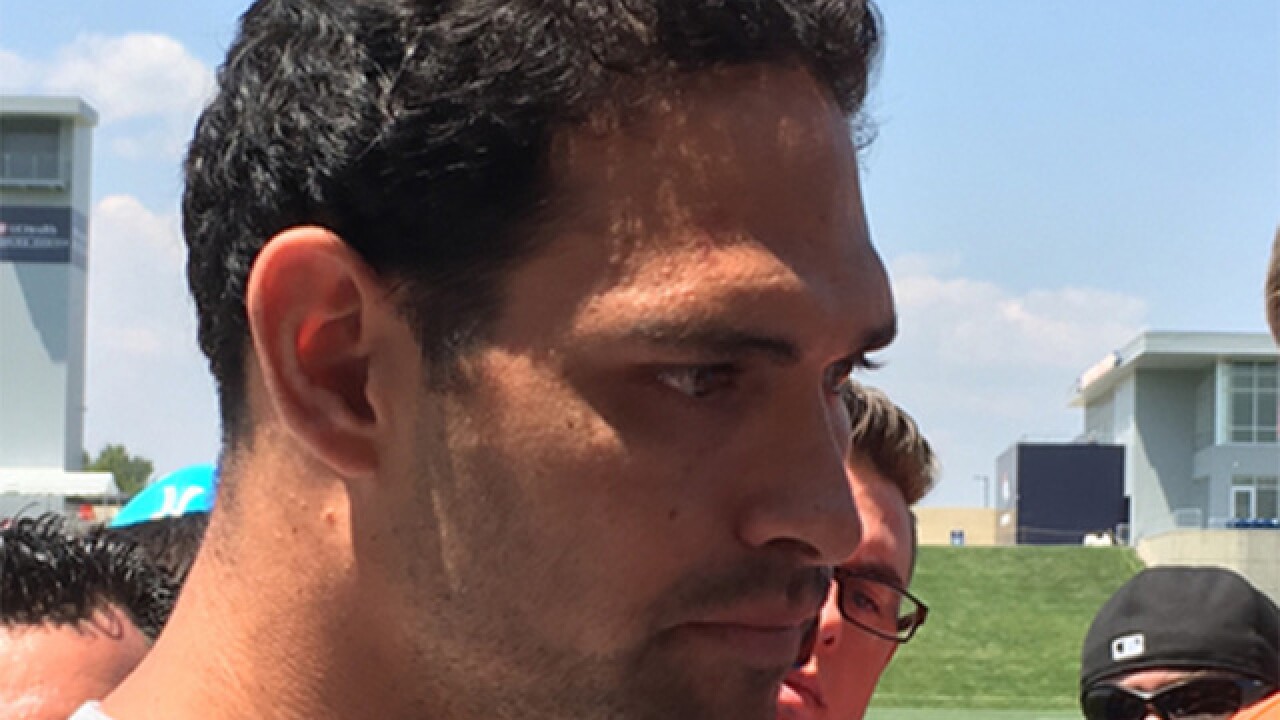 CENTENNIAL, Colo. -- A move Mark Sanchez made in early July began paying off in the Broncos' first padded practice.

As a veteran with possibly his last chance to start in the NFL, Sanchez left nothing to chance. He organized multiple throwing sessions with receivers in Southern California, including Demaryius Thomas, Emmanuel Sanders and Bennie Fowler.

His comfortable level increased, Sanchez finished strong on Sunday. On a day when rookie Paxton Lynch enjoyed a star moment -- three touchdowns -- Sanchez delivered two long completions at the end of workout to Fowler and Cody Latimer. Fowler dived, pulling in the football as he hit the ground. Latimer, who is competing with Fowler for the third receiver's spot, hauled in a touchdown down the right sideline. Sanchez finished with nine completions in his final 11 attempts.

"That's football. That's game day. You are out there playing all day long and when everybody is worn out, the quarterback has to step up and make plays," coach Gary Kubiak said. "He did that. He made some great plays, some great throws."

The feeling remains that Trevor Siemian closed the gap enough on Sanchez in OTAs to keep Kubiak intrigued. But Siemian has to win the job. Thus far in camp, he's been solid, but has yet to move forward in the derby. Lynch is on his own parallel track, taking countless third-team reps to accelerate his growth. He is considered the best athlete of the group and owns a strong arm. The issue has been processing the playbook given the stark contrast to his Waffle House menu of plays in the shotgun at the University of Memphis.

"He's just better everyday. Every day we are out there he tends to make some big plays and do some good things," said Kubiak. "He struggles at times, but you are just seeing a guy get more and more confident."