Troy Renck: A case for each of the 3 Broncos quarterbacks to start the season 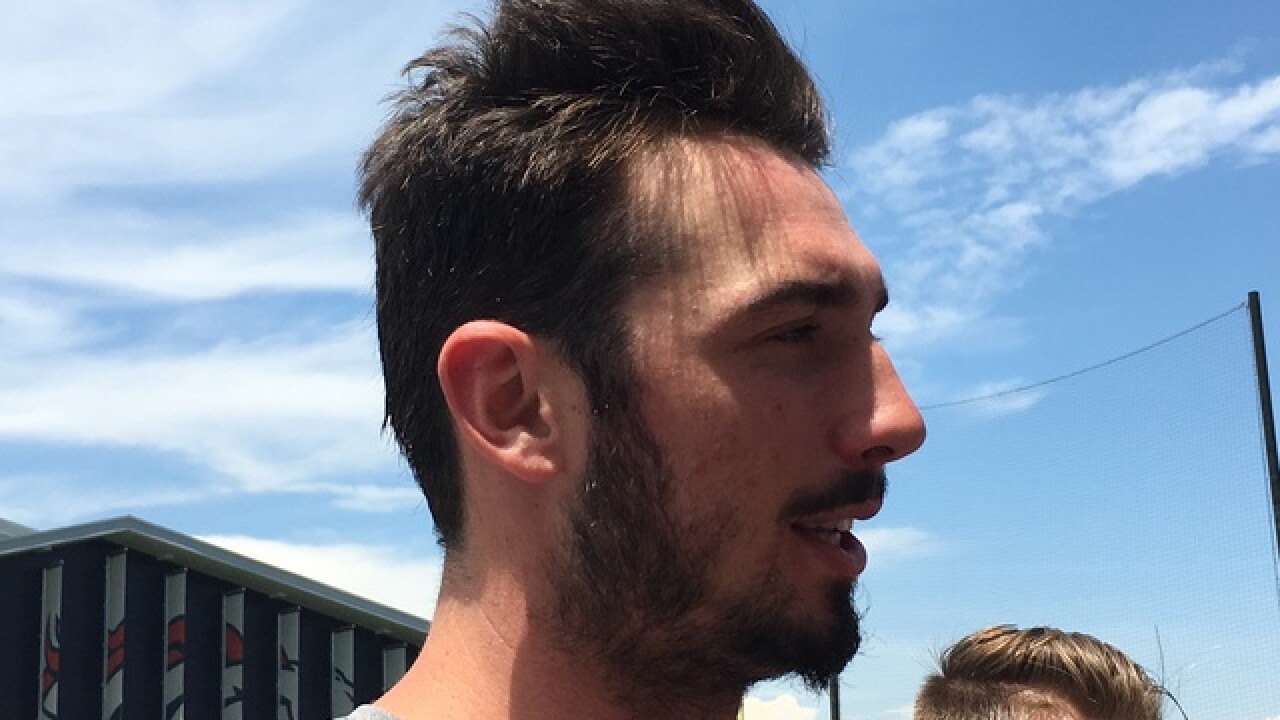 When the Broncos watched Peyton Manning retire, which was expected, and Brock Osweiler bolt to Houston, which was not, they figured to have a starter entering their third preseason game. This is the dress rehearsal for the real thing. Time for a leader. No Manning. How about Walt Whitman? Captain O' Captain? Instead the preseason has been an extended metaphor of the quarterback depth chart.

Let's take a look at the case for each of the three, shall we?

Sanchez appeared set to take the job when the Broncos failed to acquire San Francisco's Colin Kaepernick before the draft. He has gradually lost his grip. Saturday was difficult for Sanchez to digest. Trevor Siemian's pick six opened the door, and Sanchez slammed his fingers on it. He completed 10 of 14 passes, leaving him 20-for-30 in the preseason for 219 yards. Accuracy isn't the issue. Turnovers are. He has three in two games -- two fumbles came in the red zone on Saturday -- creating concern over whether the Broncos can coach the mistakes out of him. Sanchez was furious with himself on Saturday for squandering an opportunity. He is determined to bounce back. But is it too late? Sanchez finds himself in an odd spot. If he regains his traction in practice this week -- and he gets chances with the first team -- he could make the most sense to face the fang-bearing Carolina Panthers in the opener. He has experience in big games. Yet, if he doesn't run with the first team, then what? It's fair to wonder if he's not the starter, will he be on the roster? Sounds crazy. But nothing about this competition has followed suit. And if Siemian or Lynch wins the job, it creates fair speculation about Sanchez's future.

Seventh-rounders don't start at quarterback. They don't lead defending Super Bowl champions. Siemian has put himself in the mix because of a strong summer. He was slightly better than Sanchez in training camp. But given the chance to grab the job by the nape of the neck Saturday, he let it slip. He made one bad pass, completing 10 of 14 attempts. It was a huge mistake. He became predictable. Safety Eric Reid will have few easier picks than reading Siemian's eyes and jumping a route on a ball intended for Demaryius Thomas. It changed the game. It silenced the crowd. It was a single gaffe compared to multiple by Sanchez. It was a big one.

Lynch excites the fans. The first-round choice does things the other two quarterbacks can't. He's mobile, can run and has a big arm. Ask him to color outside the lines, and he's the guy. Is he ready for the prime time? To start him now would require concessions with the offense. I believe they would run more shotgun formation. They did last year with Manning, you say. Yes, they did. It also undermined the running game. If the Broncos are serious about starting Lynch in the season opener, then he should start this week. That creates an apples-to-apples comparison. Have Lynch go with the 1s against the Rams' 1s, facing their bullish defensive line. I am not opposed to the Broncos starting Lynch, just understand the schedule. The Broncos open with Panthers, Colts and Bengals. What happens if Denver is 1-2 and Lynch struggles? Then what? He gets unfairly labeled, when perhaps all he needed was more time to develop.

There's no easy choice because there has been no separation between Sanchez and Siemian. Let's be honest, the defense affords coach Gary Kubiak the opportunity to be patient. He brilliantly juggled the Manning-Osweiler issue last season. He pushed all the right buttons.

He needs a quarterback. And if he chooses Sanchez or Siemian, it sure feels like they will be keeping the seat warm for Paxton.