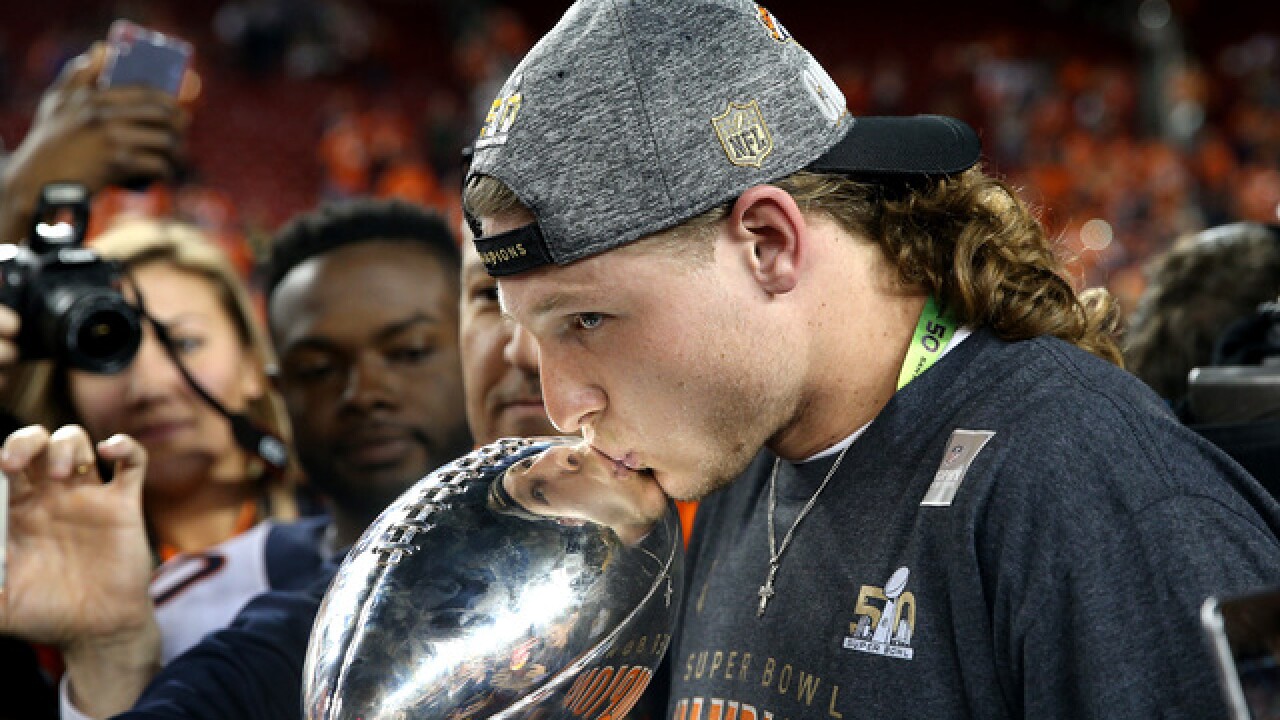 CENTENNIAL, Colo. -- Jordan Taylor went viral years ago with a one-handed catch in training camp. He went underground -- or more specifically into the Pat Bowlen Fieldhouse -- to help Peyton Manning recover from a foot injury. Manning bought him a suit for Super Bowl 50 travel. Last season, Taylor found his niche on the field, providing sanity on punt returns after the Isaiah McKenzie experience went off the rails.

Coach Vance Joseph views Taylor as the starting punt returner, albeit with competition. The first thing Taylor must do is get healthy. He underwent surgery on one hip labrum and is rehabbing the other. Reached on Monday, Taylor told Denver7 he will be sidelined this offseason. Phase 1 begins April 16-19, with training camp set to start the week of July 23.

"The hips are coming along slowly, but making progress every week," Taylor told Denver7. "It looks like an extended amount of time. I'll be out through this offseason especially."

Taylor, who sports long hair and is a fan favorite who goes by the nickname "Sunshine," caught 13 passes for 142 yards last season. He delivered two touchdowns in 2016, and last season posted a 9.4 yards per attempt on 11 returns, including a long of 24.

Taylor can find optimism in Matt Paradis' recovery. Paradis underwent surgery on both hips after the 2016 season, and returned healthy for training camp. Paradis feels better than ever, and is enjoying his first offseason since early in his college career without hip pain or rehab.

"Yeah, hopefully I'll be just like him," Taylor said.

The Broncos will likely look to add receiver depth in the draft or through a late free agent. They cut ties with Cody Latimer and Bennie Fowler this offseason, and Taylor is out for several months. Denver remains hopeful that last year's third-round draft pick Carlos Henderson can bounce back after missing last season following thumb surgery.