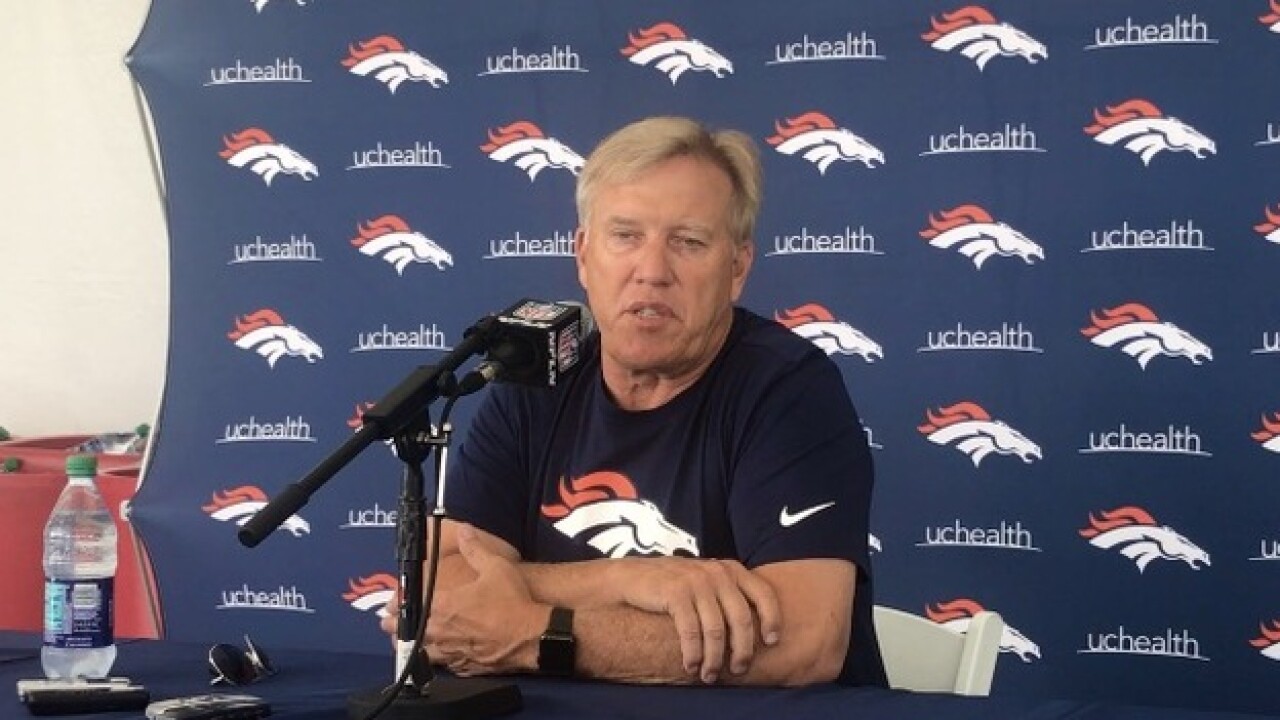 ENGLEWOOD, Colo. -- In the end, the question that hung over the first two weeks of training camp provided an easy answer.

"Chad deserved it," general manager John Elway said on 103.5 The Fox, a partner station of the Broncos. "He played better the other night. That's what we came into camp to see. Now we switch roles. The guys Chad will play against now will be better players so we will see how it goes Saturday. But it's only fair they both get opportunities with the second team."

Elway sidestepped the question about Lynch's future, which seems bleak at best with the organization that drafted him. In talking to sources around the NFL, Lynch offers little trade value, and possibly none following his demotion. He has failed to show leadership, command of the huddle and tireless work ethic. Elway singled out some of those same attributes when discussing Kelly, the last pick in the draft two years ago.

"He works hard. He has a lot of confidence. You have to with that nickname," Elway said of the "Swag" moniker attached to the young quarterback. "He fits right in with the (Jim) Kelly family."

Kelly's promotion doesn't end the quarterback considerations. The Broncos haven't ruled out adding a veteran depending on how Kelly's audition goes. Based on my research, a few that are or could be available include free agents Matt Moore and T.J. Yates and Green Bay's Brett Hundley and the Jets' Teddy Bridgewater.

Backup quarterback represented the first of multiple important decisions this month. The Broncos have yet to decide on a starting running back. Devontae Booker remains tops on the depth chart, but failed to impress against the Vikings. Rookie Royce Freeman peeled off a 23-yard touchdown run that didn't go unnoticed.

"He played really well. You saw what he could do in the running game, and he did a nice job in (pass) protection," Elway said. "We have to get these young guys (Courtland Sutton, DaeSean Hamilton, Jake Butt) playing (in the joint practices). Seeing a different helmet should help. That's part of the NFL. Get them playing and get them used to it. The regular season is a different animal than the preseason. We need to continue to try and get them used to it and get them up to speed a little more."

While recognizing the micro sample size, Elway was disappointed in last Saturday's performance. The Broncos failed to produce a first down in their first six drives against the Vikings, and the first-string defense was gashed on the ground.

"It wasn't a good taste that was left in our mouth Saturday night. The good thing is that it was the first one. We can get better," Elway said. "We have to do a better job of taking practice to the game. We have to start faster."